SoundCloud, the increasingly popular service for sharing all things audio, today announced that it is now deeply integrated into Google+. While its users could already easily share links to Google+ from SoundCloud, Google+ now features a built-in audio player that lets you play audio files directly on an artist’s Google+ page. This marks the first time Google has enabled a third-party service to embed audio tracks directly in a Google+ post.

Until now, SoundCloud links on Google+ would simply take you to the company’s website to play the file. The service currently has over 200 million active listeners on the site every month.

For Google+, this is a pretty interesting move, as it still remains a relatively closed platform. The new Google+ Sign-Ins make it easier for users of third-party services to share content on Google+, but for the most part, this doesn’t mean the content gets fully embedded in a post. I wouldn’t be surprised if today’s integration with SoundCloud would just be the first in a series of similar announcements. 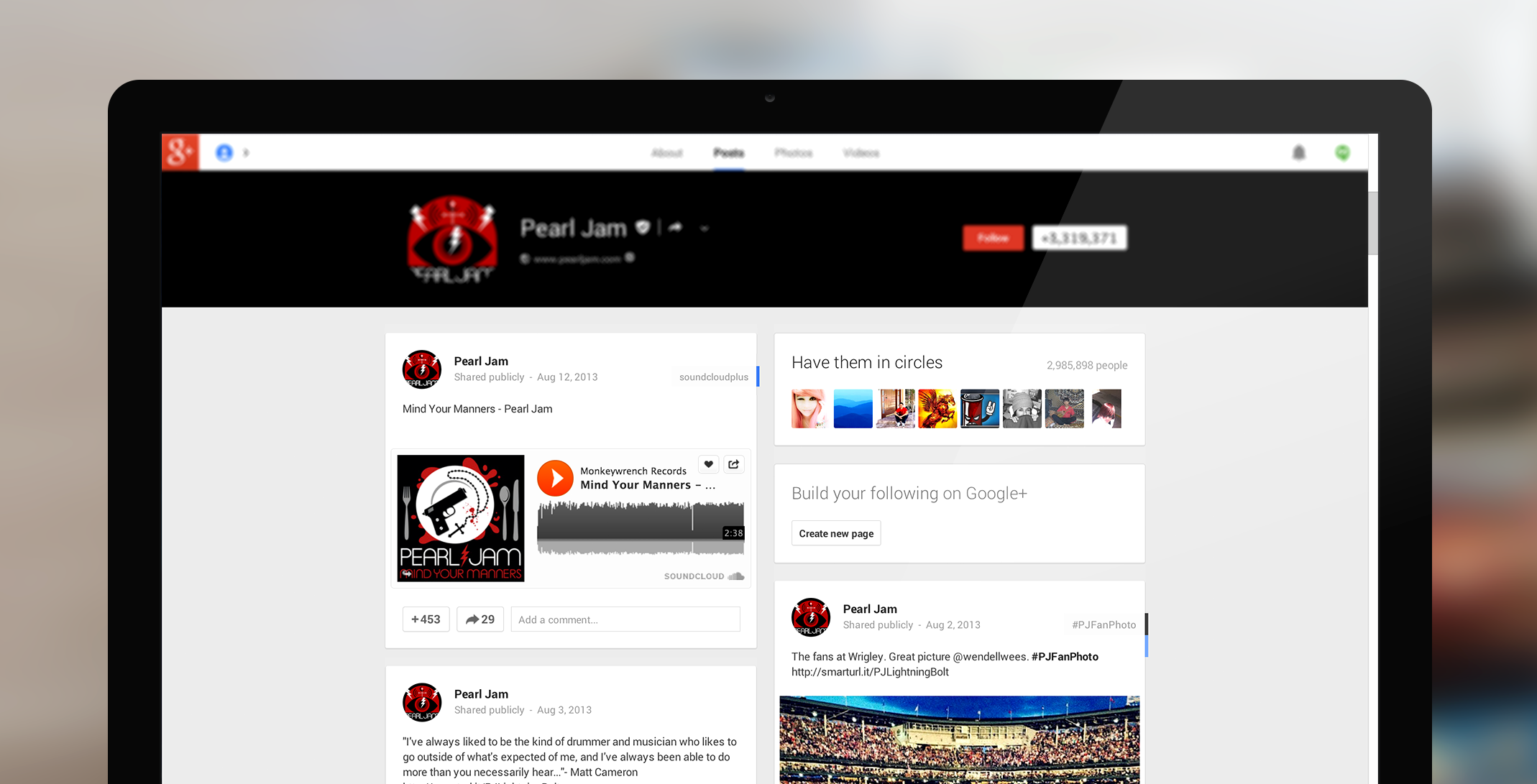