As The New York Times reported recently, corporate VCs are doubling down of late, taking stakes in many of the tech sector’s most promising ideas and innovations. 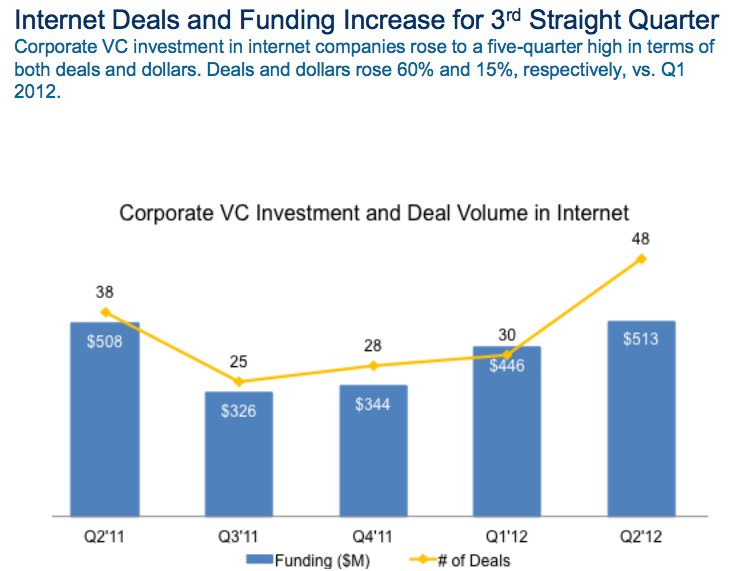 According to the report (which measured deals made from corporations which have a dedicated venture arm), corporate VCs (CVCs) are doing more deals, participating in larger average rounds and doing more at the early, speculative seed stage. Overall, CVCs participated in 15 percent of all venture deals that occurred in Q2 2012 (up from 11 percent in Q1 2012).

Specifically, Internet deals and funding from CVCs increased for the third straight quarter. Corporate VC investment in Internet companies rose to a five-quarter high in terms of both deals and dollars. Deals and dollars rose 60 percent and 15 percent, respectively, vs. Q1 2012.

CVC funding to the mobile sector hit a five-quarter high, and within mobile fundings, video, collaboration and communication technologies saw the most attention from CVCs. 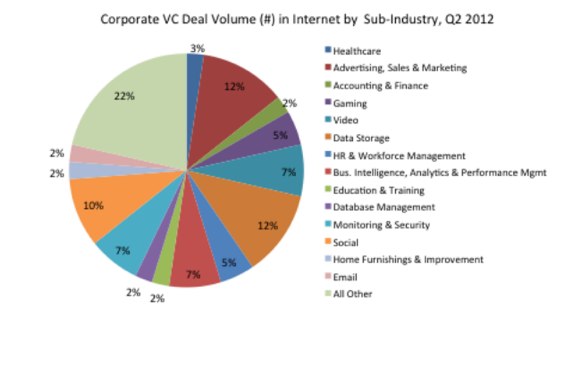 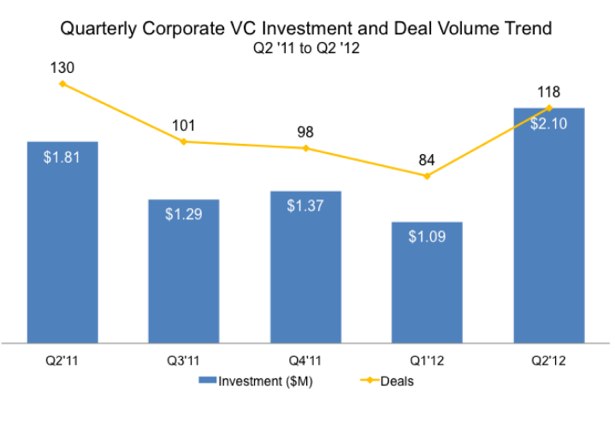 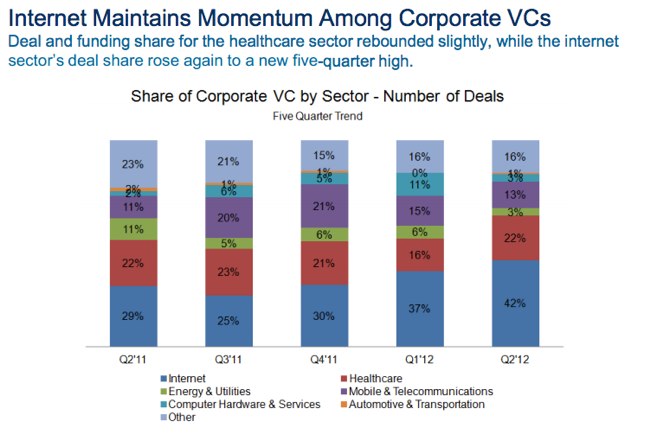