4chan, the often anonymously-used imageboard that’s spawned memes like Lolcats and hosts the weirdest porn you’ll ever see, just released an API and its first new features in five years for its 22 million unique monthly visitors. 4chan’s founder moot said the API “potentially has huge performance implications” and that he’s “curious to see how people will use it”. 4chan’s API that renders every thread in JSON could produce native reader apps that lets its subcultures better lol, troll, and surprise each other in a place without rules. Read on as moot tells TechCrunch how his site and the world of memes are evolving. moot aka Christopher Poole explained “‘4chan’ and ‘API’ are certainly two words I never thought I’d find in the same sentence, but alas, here we are.” Regarding what he expects people might build, moot told me over email that “I’m honestly not sure, which is what makes this exciting. There are already a number of third-party browser add-ons that enhance usability…so I’m curious to see if this spurs a new wave of tools that aren’t just limited to browser add-ons.” There’s no API for posting however, so that disqualifies full-fledged clients for now, but reader apps are a possibility. 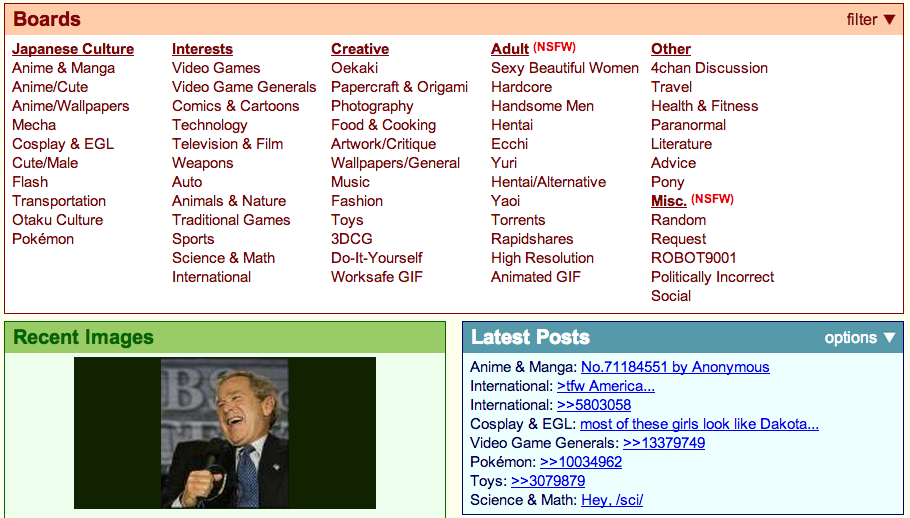 The API should ease strain from the variety of official and third-party extensions that 1.5% of its users employ to modify the site. Anyone still using an extension will have to shut it off, but now all the features from the official 4chan extension have been built natively into the site. These can be toggled from the settings menu and include quote previews, hiding of old threads, and media embeds. 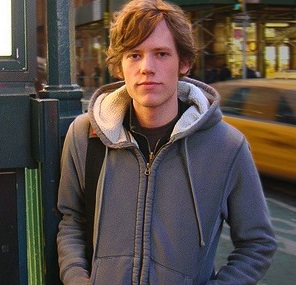 Moot gave me some more stats on how 4chan’s doing and his thoughts on the rise of mainstream imageboards. In the last 30 days 4chan has seen 22.4 million unique monthly visitors and 600 million page views according to Google, while CloudFlare pegs its at 1.3 billion page views. Due to analytics-fooling extensions and HTML scrapers, moot says the actual traffic is somewhere in between. 47% of 4channers use Chrome, while 32% use Firefox, and the site served 1.5 petabytes of data in the last month. Around 1.5 million people visit per day, 2 million will contribute each month adding up almost 25 million posts. And since the core team behind the site isn’t growing but the audience sure is, 4chan also announced a new moderation and janitorial system this week to make its ban-hammer more consistent. While the site is credited for jumpstarting memes including rickrolling and much more creative things, the lawless nature of its strictly anonymous board /b/ has given it a bit of a bad rap. In stark contrast to authenticated identity of Facebook where everything is traced back to your real name, /b/’s anonymity offers freedom of expression thanks to a lack of repercussions. While this can lead to controversial or insensitive content, it also provide a grounds for experimentation that produces forward-thinking art. 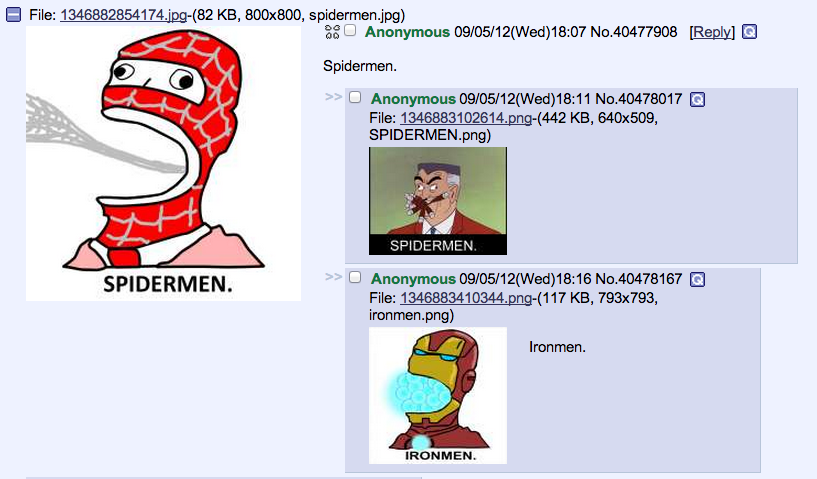 Meanwhile, content aggregating imageboards are more popular than ever. There’s the well-established ICanHasCheezburger, and 9GAG which now has 65 million monthly visits. For reference, Reddit has roughly 40 million. Moot’s not sweating, though. “Aggregators for meme content have existed for a long time…I don’t find aggregating meme content and wrapping it in Facebook comments to be terribly interesting.” And while the meme generators have democratized the creation of content, moot says “I think [memes have] gotten much less rich and interesting over the years as the barrier to creation and consumption has been lowered.” More of the web is adopting social sign-in from authenticated identity services like Facebook, so more than ever Internet users needs a safe space like 4chan where they can ditch the cookie-cutters and say whatever they want. That’s why it’s good to see the site “joining the future”. And asked what he’d tell TechCrunch readers, moot said “4chan isn’t nearly as terrible as people make it out to be. Try visiting a board other than /b/.”