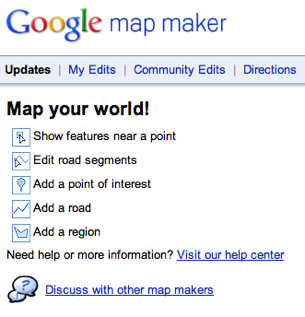 It’s hard to believe, but for the last few years Google Maps users in the United States have been missing out on a pretty important feature (though there’s a decent chance you’ve never heard of it). It’s not particularly sexy, and many of the people reading this post will probably never take advantage of it, but we’ll all reap the benefits over the coming months. Meet Google Map Maker.

The feature is pretty self-explanatory: it allows users to create (or, in the case of the US, edit) Google Maps, and it’s already had a major impact worldwide. You see, in the United States, we’ve been able to access online maps for years because companies have been plotting and licensing the data to services like MapQuest and Google. But in many countries, there wasn’t any data for online maps to speak of — so Google created a web-based tool so people could create their own. Edits are submitted by users, and after a moderation process, they’re added to Google Maps.

The feature has been used to generate maps for 183 countries and regions wordwide, and Google says that the number of people  globally with access to detailed maps of their neighborhoods has jumped from 15% to 30% because of it.

But why is it coming to the United States?

Lalitesh Katragadda and Manik Gupta, who lead the product, say that the tool can be used to give a greater level of detail to Google Maps in the US. We’ll now be able to edit (and access) more detailed maps of university campuses, biking and walking trails, and other areas that aren’t traditional roads.

Each edit submitted goes through a review process — Google looks at your past submission history to see if you’re trustworthy, and a small in-house team reviews each edit before it’s pushed live to Google Maps (users can also flag incorrect data). Once an edit is approved, though, it goes live for all of Google Maps users within a few minutes, so it won’t necessarily take a long time to see a change go live.

For now the feature is only available via the web interface, but it sounds like it will eventually make its way to mobile platforms as well (it would be easier to make submissions and corrections in the field).

Building interiors aren’t included as part of this release, but I suspect we’ll see these added down the line (imagine being able to navigate through a mall or office building). You can, however, add building footprints, including 3D versions of buildings.

To coincide with the US launch, Map Maker users everywhere are getting a couple new features: Street View can be used from within the editor, and there’s now an advanced search engine with more granular controls. 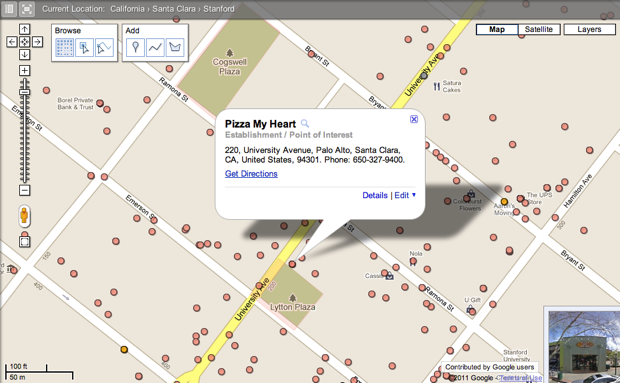