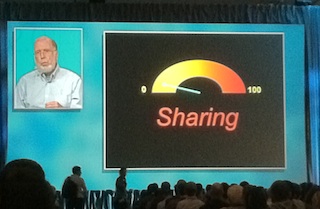 Today at the Web 2.0 Expo in San Francisco, Wired co-founder Kevin Kelly gave the first keynote of the day. His topic? The six trends he believes are most important for the connected world we live in going forward. Specifically, he broke these down into six verbs.

“In general these are the long term trends as we look forward over the next twenty years,” Kelly says. So what are they?

Kelly notes that not all of these things may hit in a major way, but this is how he sees things going right now.