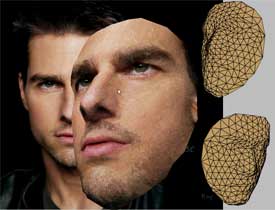 Polar Rose, a Malmö, Sweden startup which built a very interesting facial recognition programme which hooked into Facebook photos, has been bought by Apple, according to Swedish media.

The 15-person company was previously majority owned by Danish private equity fund Nordic Venture Partners, and it now appears Apple has taking over the entire shareholding. Neither Apple nor the company is commenting.

However, we have rock-solid sources that say the company went for $22 million. Polar Rose has had about $6 million in VC funding since 2006.

Two weeks ago Polar Rose shut down its service whereby you could apply the Polar Rose plugin to recognise faces on Flickr and Facebook, saying they were moving towards becoming a licensing business.

But it now looks like Polar Rose’s technology it poised to enter the Mac and the iPhone.

UPDATE: We have now confirmed that although we were close, the actual figure was closer to $29 million.