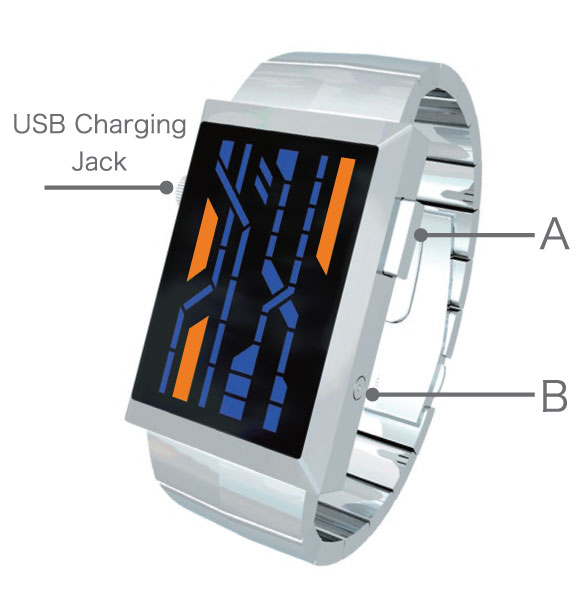 Many times during the day, I look at my watch. It’s a rather easy thing to read. Its functionality and simplicity has remained for years. However, that notion wasn’t good enough for one company, namely Tokyo Flash.

Only Japan would create a device so odd, that its purpose is to satisfy the novelty of inquiry. Inquiry as in “how the hell do you use that thing?” The Tokyo Flash Changing Lanes watch is a rather peculiar timepiece, mainly because I’m unsure if it can really tell you the time. But It does tell you when – after about 3.5 hours – it’s done recharging.

According to their website, the left side of the watch has lights, in a crooked swerving lane fashion, that reads hours. The right side has a similar light setup that reads minutes – every three minutes – with an additional two lights that take you between the threes. If this is not making sense, don’t worry, it’s not making much sense to me either. If you are interested, I suggest reading the diagram below.  To explain further, well I just don’t have the time. 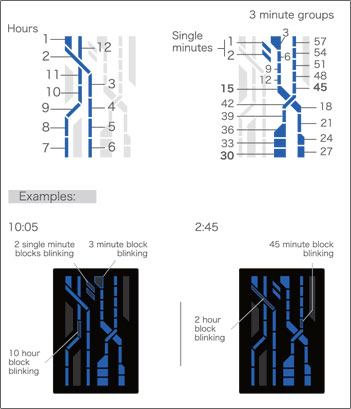