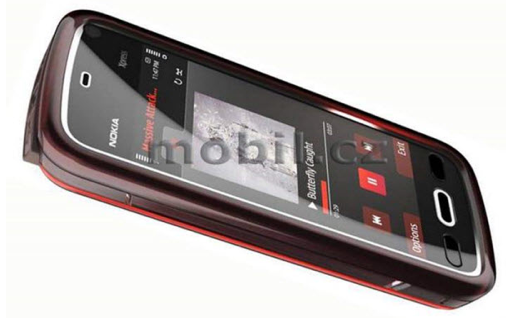 After months of leaks and a brief appearance in The Dark Knight, it looks like the Nokia 5800 Xpress Music handset may be just about ready to make its debut. Mobil.cz [Via Unwired View] has managed to scrounge up a rather official looking promo shot, which is generally a pretty strong indication of an impending announcement. Though nothing is set in stone, the current rumor pins October 2nd as the launch date. I don’t know about you guys, but we’re ready to put our mitts all over some S60 Touch goodness.