There is no shortage of platforms out there to sell your old stuff. From thredUp and The RealReal to Facebook Marketplace to eBay, the tech world has long sought to capitalize on the generally wasteful attitude of consumerism over the last half century.

But lurking among these platforms is a group not often thought about, and certainly rarely served: power resellers.

Flyp, a startup founded by serial entrepreneurs James Kawas and Dani Arnaout, is looking to give machine learning-powered tools to these stay-at-home sellers.

The startup’s core, revenue-generating product is an algorithmic matching platform that pairs a regular consumer, or a liquidation company, or a donation center, with a power reseller to offload their inventory of used goods. The user lists their items on Flyp’s app and is matched with a reseller who typically sells that type of inventory. The two agree upon a commission split and Flyp takes a 5% cut and handles the logistics around transferring the inventory. 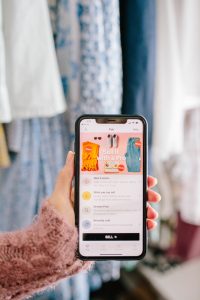 What’s perhaps more important is Flyp’s free product, which was built specifically for resellers. Large e-commerce brands have sophisticated automation software that helps them market and track their inventory. Flyp is offering similar technology to stay-at-home sellers who are managing scores of listings across multiple platforms, all for free.

Kawas explained to TechCrunch that building trust within the community of power resellers was integral to creating a platform that could handle a much bigger volume of inventory.

The startup estimates there are around 350,000 power sellers in the United States, with the majority of them doing it part time. The goal is to turn the part-timers into full-timers and get folks who have never been resellers to try it out.

“This group is so significant for the internet that even the biggest fintech company in the world, PayPal, was built on top of resellers,” Kawas said, referencing eBay’s payments platform built in the early 2000s. “This group of people is not new. But now, because you have so many more marketplaces and you have everyone from Gen Z and more wanting to buy used goods, this group of resellers is the only group that are able to process supply. It’s very hard to process used goods in centralized companies because each item is unique and has its own flaws. Only a decentralized network of random people can do it.”

On the heels of such traction, the startup has just announced the raise of $10 million led by Asymmetric Capital Partners, with participation from existing investors NextView, Afore, Interlace Ventures, Alante Capital, BAM Ventures, 1517 and GroundUp, as well as new investors Gaingels and Tectonic Ventures. Ryo Ishizuka, co-founder and CEO of Mercari, also participated in the round.