Showfields, which helps online brands move into offline, brick-and-mortar retail, is announcing that it has raised $9 million in seed funding.

“Our thesis was simple: Make the process of becoming physical as easy as becoming digital,” co-founder and CEO Tal Zvi Nathanel told me.

I’ve written about other companies, like Bulletin, promising a more flexible approach to real-world retail. But one of the things that’s impressive about Showfields is the sheer size of its flagship space — Nathanel said the company has signed a lease for 14,000 square feet in New York City’s NoHo neighborhood.

When I visited the Showfields store last week, only the first floor was open, but it’s already home to a number of brands, ranging from mattress company Boll & Branch, to fitness company Cityrow, to toothbrush company Quip.

Each brand gets their own separate, dedicated space. For example, in the Cityrow space, I got to sit down and try out the rowing machine, while the Quip area had a mock-up bathroom sink to display the toothbrushes.

“This space is about [the brand], not about Showfields,” Nathanel said. “We really look at ourselves as a stage.” 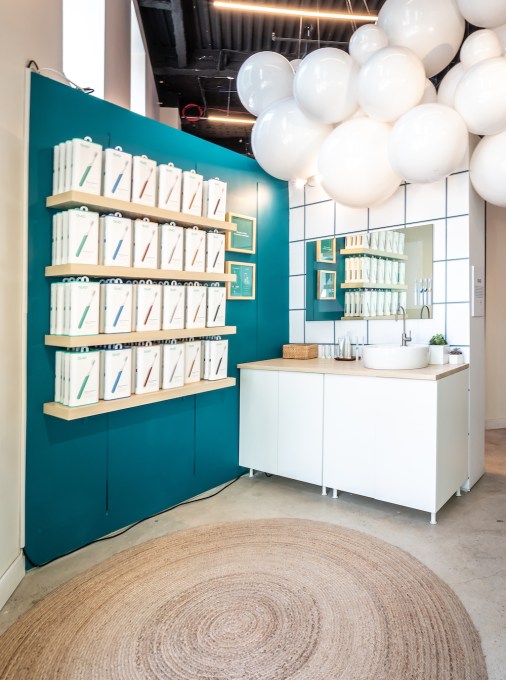 He added that brands can sign-up online to create a pop-up store, providing input while Showfields designs and builds the space. The brand also decides which goods to sell in the store, and which ones to highlight via a touchscreen display. And they can choose whether to have a dedicated staff member, or to share staff with neighboring brands.

Nathanel said the spaces can be designed around different goals — one brand might focus on driving sales, while another might simply want to grow consumer awareness. In each case, Showfields will also provide data so they can see how the space is performing.

The brands pay Showfields a monthly fee, with a minimum four-month commitment. Nathanel emphasized that Showfields doesn’t make any money on the product sales, which he said allows the company to offer a more “curated” and “customer-centric experience.”

Ultimately, Nathanel said the Showfields approach can also result in a more varied and dynamic retail environment (after all, Showfields bills itself as “the most interesting store in the world”). And naturally, he’s hoping to bring this to additional cities, though he declined to offer specifics, beyond saying, “Before the end of the year, we’re hoping to have more Showfields.” 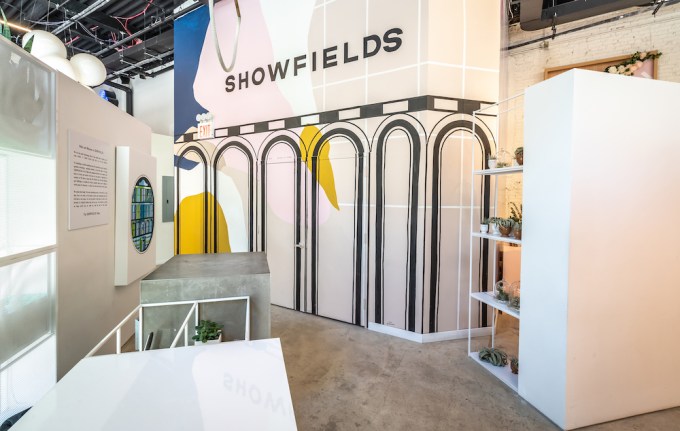 In a statement, Hanaco general partner Lior Prosor predicted the rise of “experiential retail,” which will be “focused on doing everything that e-commerce cannot do well – enabling discovery, trial, and the use of all five senses to come to a purchasing decision.”

“We truly believe that by being consumer-centric at their core, [Showfields’] founding team and product will make them a category leader in this space,” Prosor said.

The death of retail is greatly exaggerated