It has been just about a year since the relaunch of WeWork Labs, an accelerator-type program operating under the WeWork umbrella. Since then, it has grown to 37 locations in 22 cities. And it’s truly international, operating in 12 countries, including Brazil, China, Germany and India.

These Labs offices are often — but not always — housed within a larger WeWork space, and, like an accelerator, they offer mentorship and programming. However, WeWork doesn’t take any equity; instead, it simply makes money by charging rent. (In New York, a desk costs between $450 and $550 a month, but the price varies by location.)

I spoke to Roee Adler, the program’s global head, about how Labs has evolved over the past year. Adler actually has a long history with startups — in fact, his company Soluto won the very first Startup Battlefield at TechCrunch Disrupt. He’s held a number of positions at WeWork, including chief product officer, and he said that as his role was evolving, he found himself asking, “What is the next startup we can build inside WeWork?”

The answer: “We decided to reevaluate our level of commitment and investment with the earliest of stages for startups.”

WeWork actually had a startup program called WeWork Labs back in 2011, but it languished in the years since. Adler relaunched the program with its first New York space in January of last year, and he’s been opening locations at a furious pace since then. 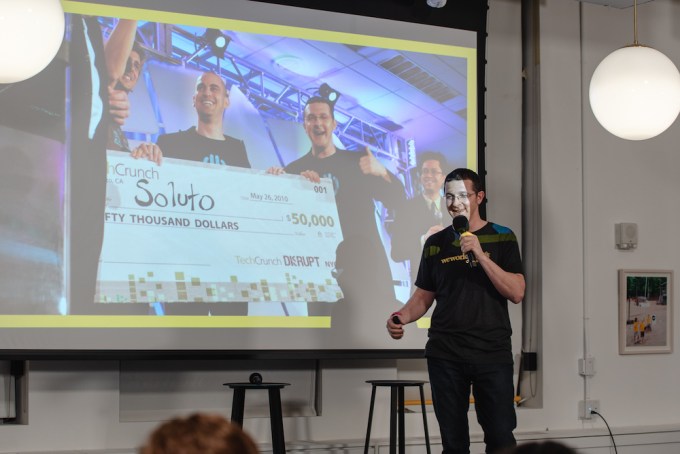 Each Labs office is supervised by a Labs manager, who Adler said is usually “a former entrepreneur whose life’s mission is to manage startups.” For example, before Mor Barak joined the program last year to launch Labs in Tel Aviv, she was the general manager of Israel’s oldest accelerator program, The Junction.

“I got to a point where I felt like I finally found what I loved to do, which is to work with startups and to support startups and understand how our connections and our network can help them move forward,” Barak said. “And then I wanted to take that and do that on a bigger scale, as part of a company that can reach new geographies and bring forward local entrepreneurs.”

As a Labs manager, Barak said her main role is to “be that business connector for the startups,” which means meeting with the entrepreneurs on a weekly basis to understand their needs and challenges. At the same time, she emphasized that Labs is a global program: “As a Labs manager in Tel Aviv, I can quite easily connect to my colleagues around the world to find the people that I need to get to in order to help the startup.”

Adler made a similar point about sharing resources between the different locations.

“A lecture that is at our Najing Xi Lu Road space in Shanghai will get captured, summarized, translated and become available to all of the entrepreneurs around the world,” he said. “Does that mean every piece of information is relevant for everyone? No. But truthfully, who knows?” 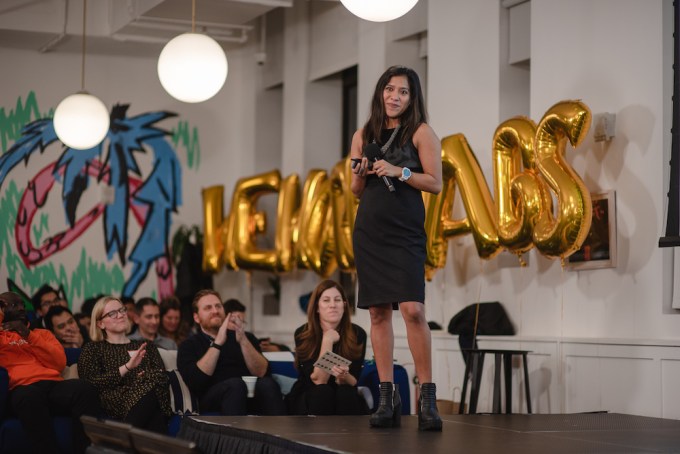 To celebrate the one-year anniversary, WeWork Labs held a pitch competition at the company’s New York City headquarters last week, with $250,000 in funding distributed among the winners. The $150,000 grand prize went to Lilu, a startup making a compression bra that helps mothers pump milk. (It’s another Startup Battlefield alum.)

CEO and co-founder Adriana Vazquez told me that Lilu has been working out of the WeWork Labs in Dumbo since August. Vazquez has participated in other accelerator programs and worked out of other co-working spaces, and she said Labs is something else — it allows you to “get the community of an accelerator without the prescribed schedule,” and it offers a very different feeling from a co-working space.

“There is that understanding and respect that everyone’s really busy and has fires to put out,” she said. “We had a brief stay at another co-working space with creatives and small businesses, and there wasn’t that camaraderie, where you see someone that’s working on a weekend and you know you’re not here because they want to hang out on a Friday. It’s almost an unspoken understanding: Yeah, I know what you’re going through.”

As for what Adler has planned for Labs’ second year, he said he wants to do more work connecting startups with larger corporations: “WeWork has really become the only natural nexus in the world where you can have a three-month-old startup entrepreneur bumping shoulders with a senior vice president of Microsoft going to get coffee from the same machine and engaging in a conversation about the future.” 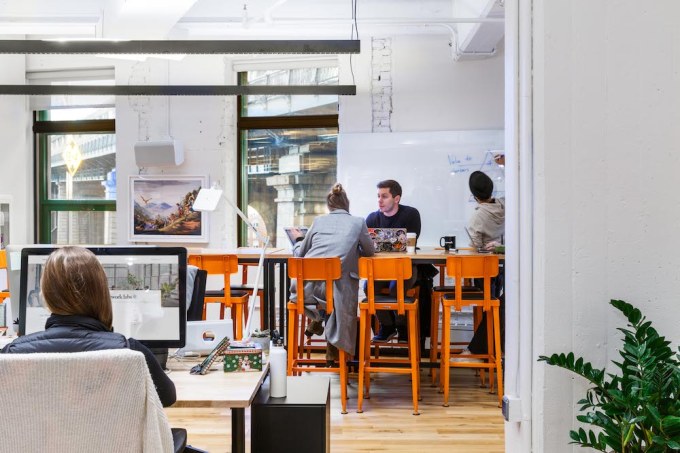 And of course, he plans to open more offices, with the goal of reaching 100 locations by the end of 2019.

“The three of us are sitting in Manhattan right now, one of the wealthiest cities in the world … but it’s not about here,” Adler said. “It’s about the people who aren’t sitting in the big tech hubs or bubbles. That is exciting.”