Devices like smartphones ought to help people feel safer, but if you’re in real danger the last thing you want to do is pull out your phone, go to your recent contacts and type out a message asking a friend for help. The Women’s Safety XPRIZE just awarded its $1 million prize to one of dozens of companies attempting to make a safety wearable that’s simple and affordable.

The official challenge was to create a device costing less than $40 that can “autonomously and inconspicuously trigger an emergency alert while transmitting information to a network of community responders, all within 90 seconds.”

Anu and Naveen Jain, the entrepreneurs who funded the competition, emphasized the international and very present danger of sexual assault in particular.

“Women’s safety is not just a third world problem; we face it every day in our own country and on our college campuses,” said Naveen Jain in the press release announcing the winner. “It’s not a red state problem or a blue state problem but a national problem.”

“Safety is a fundamental human right and shouldn’t be considered a luxury for women. It is the foundation in achieving gender equality,” added Anu Jain.

Out of dozens of teams that entered, five finalists were chosen in April: Artemis, Leaf Wearables, Nimb & SafeTrek, Saffron and Soterra. All had some variation on a device that either detected or was manually activated during an attack or stressful situation, alerting friends to one’s location. 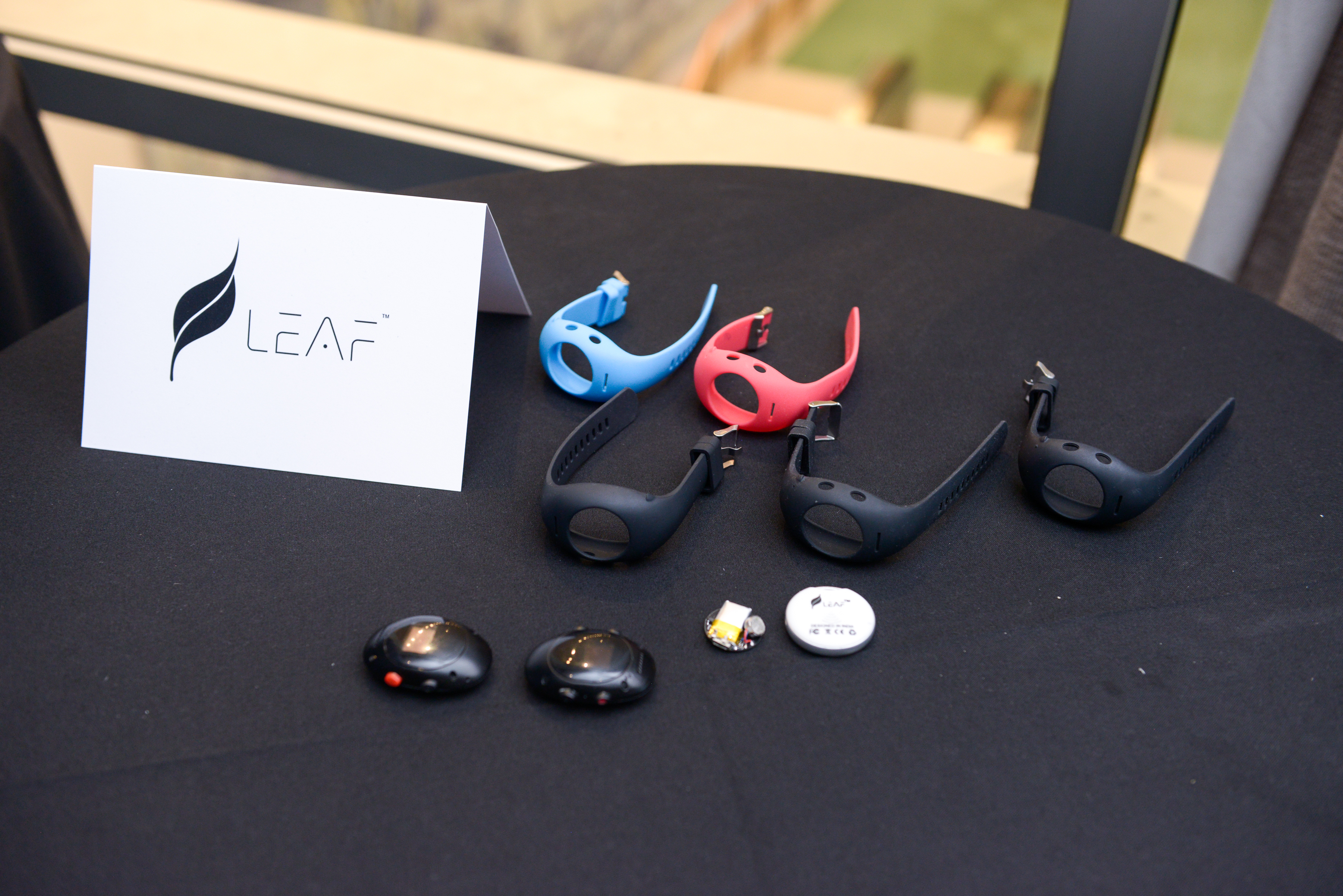 The winner was Leaf, which had the advantage of having already shipped a product along these lines, the Safer pendant. Like any other Bluetooth accessory, it keeps in touch with your smartphone wirelessly and when you press the button twice your emergency contacts are alerted to your location and need for help. It also records audio, possibly providing evidence later or a deterrent to harassers who might fear being identified.

It’s not that it’s an original idea — we’ve had various versions of this for some time, and even covered one of the other finalists last year. But they haven’t been quantitatively evaluated or given a platform like this.

“These devices were tested in many conditions by the judges to ensure that they will work in real-life cases where women face dangers today. They were tested in no-connectivity areas, on public transit, in basements of buildings, among other environments,” explained Anu Jain to TechCrunch. “Having the capability to record audio after sending the alert was one of the main differentiators for Leaf Wearables. Their chip design and software was also easy to be integrated into other accessories.”

Hopefully the million dollars and the visibility from winning the prize will help Leaf get its product out to people who need it. The runners-up don’t seem likely to give up on the problem, either. And it seems like the devices will only get better and cheaper — not that this will change the world on its own.

“Prices will come down as the sensor prices drop. In many countries it will require community support to be built,” continued Jain. “These technologies can act as a deterrent but in the long term culture of violence again women must change.”