Chime, the San Francisco-based challenger bank known for its consumer-friendly features and lack of fees, has raised $70 million in Series C financing, led by Menlo Ventures. The round, which also included existing investors Forerunner Ventures, Aspect Ventures, Cathay Innovation, Northwestern Mutual, Crosslink Capital, and Omidyar Network, brings the company to over $100 million in total funding to date and values the business at around $500 million.

The startup is one of several challenger banks gaining popularity with a younger, millennial audience who sees no need for a bank with physical branches, and who are sick of being penalized by hefty fees for things like overdrafts or dropping below a minimum balance – fees that take advantage of consumers at their most vulnerable points in their financial lives.

As Chime points out, traditional banks charged consumers over $34 billion in fees in 2017. Its service, on the other hand, drops the consumer-facing fees.

There are no monthly fees, no minimum balance fees, no overdraft fees, no international transactions fees, and it has a network of nearly 40,000 free ATMs  Instead of gouging customers, Chime generates revenue from an interchange-based business model involving its accompanying debit card, where it earns about 1.5 percent in interchange revenue from Visa.

While the no-fee structure is a huge draw for consumers, Chime is popular also for its innovative feature set. Thanks to a founding team with a combination of both startup and finance experience, the app looks like something built by a technology company, not an old-fashioned bank. 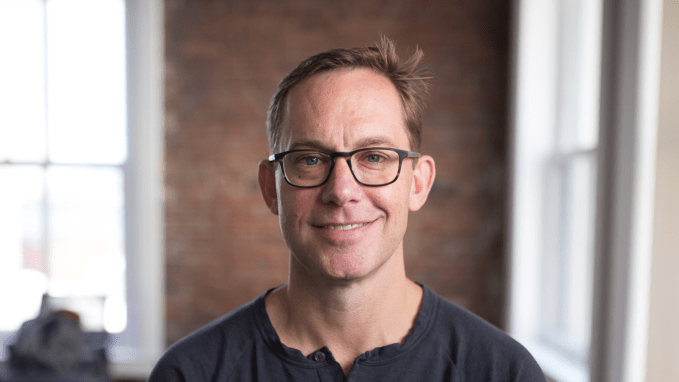 Chime’s co-founder and CEO Chris Britt previously worked at Flycast, was an early comScore employee, and did time at Visa and Green Dot; co-founder and CTO Ryan King hails from Plaxo and Comcast.

“I started this company because Green Dot was really focused on the unbanked and under-banked people who couldn’t get bank accounts because they had bad credit or bad checks – that sort of thing,” explains Britt. “It was really not a full-featured bank account. And so what I wanted to do with this company was create a product that would serve more mainstream consumers – people who actually had accounts at [Bank of America] and Wells Fargo, but just aren’t particularly satisfied with those guys for variety of reasons – probably first, and foremost, the way they structure the products are quite punitive,” he says.

Chime launched to consumers in mid-2014, but didn’t offer the suite of features that would allow people to use Chime as a primary bank account until early 2016, Britt says.

Today, that feature set includes an automatic savings option that will round up purchases, and one that socks away 10 percent of your paycheck into your Chime savings account. It also has a popular no-fee paycheck advance feature that will make your direct deposited paycheck available to you early – as soon as the deposit is initiated by the payroll provider and the bank is alerted.

This feature set and no-fee structure has attracted a number of young professionals from all over the U.S. to switch. The company passed over a million accounts a couple of weeks ago, and is now adding well over 100,000 new bank accounts per month. It has also generated over $4.5 billion in transaction volume to date, and expects to reach $10 billion by year-end. 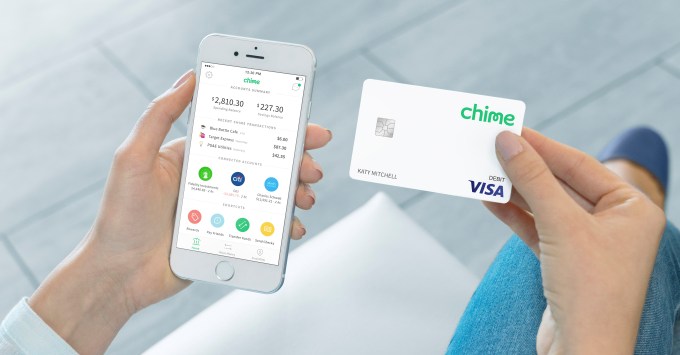 With the additional funding, Chime plans to scale the business further, not only with marketing and new hires to expand its nearly 80-person team in San Francisco to over 100, but also in the types of products it will offer and other new features.

Chime also has some deals in the works which will see the bank working with employers more directly, but couldn’t speak to the specifics at this time.

Along with the new round, Chime has added Shawn Carolan of Menlo Ventures to its board.

“The bank account is at the center of our lives, critical to both financial and emotional well-being,” Carolan said, speaking to Menlo’s investment. “We love how Chime’s business growth aligns with helping more members save more money for themselves rather than being gouged by hidden bank fees. This business model shift in financial services is inevitable and Chime is leading the way,” he added.