We don’t do a lot of Kickstarter posts because the outcomes of crowdfunding campaigns, especially hardware ones, are notoriously unpredictable. But it’s with an easy conscience that I recommend Lomography’s new instant film camera; I backed the company’s last one, the Automat, and it’s been fantastic. This one looks similarly fun, and shoots in a larger format.

The Square has a funky folding-bellows design, which gives it a sort of Polaroid SX-70 vibe. It’s a good thing it folds, too, because otherwise the camera would be even more of a beast. The Automat focused on compactness, but it could do that because it shot on Instax Mini; I’ve grown to love the little ones but I can’t say I’d mind a little extra space to work with either. Moving up to the larger Instax Square means the camera has to be bigger in a few ways.

Nevertheless it’s a clever way to do it, this bellows system, which by the way Lomo assures potential buyers is made of a very tough rubber that won’t wear out or tear. The build quality on my Automat is great (much better than Lomo’s Diana F+ and instant back I have from a couple years back) so I’ll trust them on this. 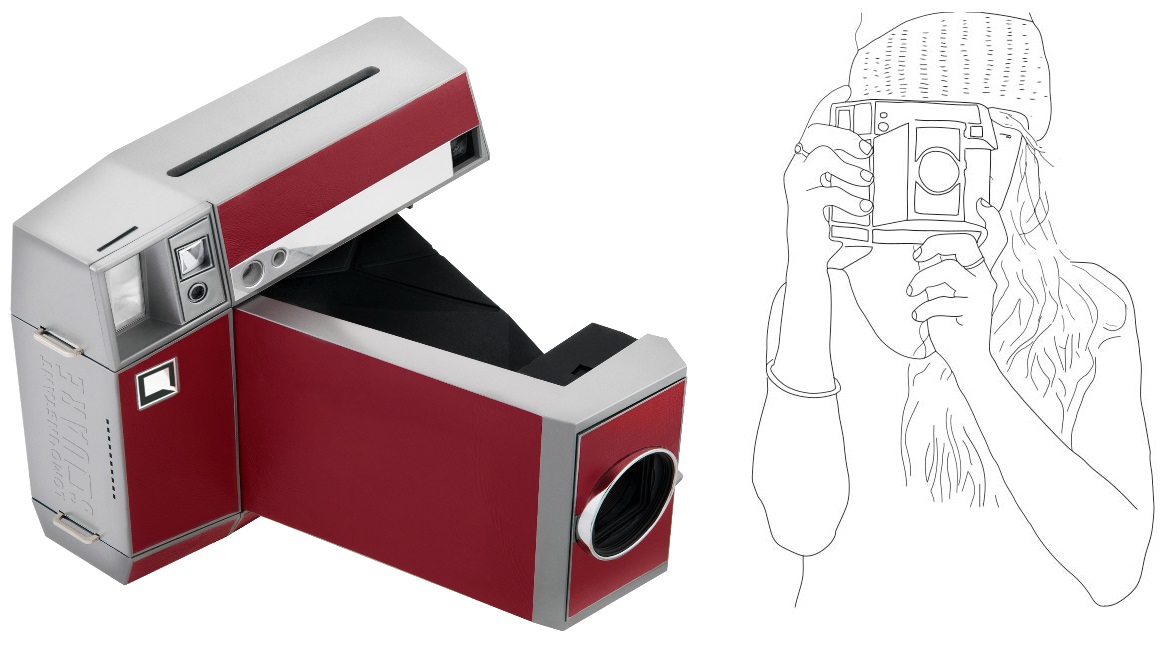 These little instant cameras are super fun and everyone who sees them wants one — I say this from experience — but they’ll be satisfied with an instant photo of themselves doing something dumb. They always are.

And if you’re worried about operating a film camera, don’t be — once you get a basic sense of the zone focusing (basically near, medium and far) you’re ready to shoot. There are advanced features like multiple and remote exposure, but 99 percent of my shots are just basic snaps. The photos themselves have that somehow endearing muted look, though unmixed primaries do pop.

There’s only one real caveat, which is that Instax Square is disproportionately expensive compared with Mini. A single cartridge holding 10 shots costs $14 on Amazon, while a twin pack (20 shots total) of Mini costs a little less than that, or even less if you just go in for a big pack of them. Not to mention Mini is available in many stores, while Square will be harder to find. So be ready to shell out a bit for the film and stock up when it’s on sale.

They’ve already doubled their goal so there’s no chance they don’t ship. And if you order quick you can get a camera for a $129 early-bird price instead of the $149 or $179 via ordinary pre-order discounts — it’ll eventually go for two hundo, so if you’re on the fence, think about that.