Monese, the London-based fintech startup that offers a mobile banking app for immigrants and expats who might otherwise find it difficult to open a bank account outside of their originating country, has raised $10 million in Series A funding.

The company plans to use the new capital to launch a Euro account, thus bringing its service to customers in European markets other than just the U.K., as well as roll out new functionality such as direct debit and credit services. This will bring the Monese app even closer to a fully fledged current account offered by a traditional bank.

The latter recently invested in Korea’s first Internet-only bank Kakao Bank and is described as a “strategic investor” with relation to Monese. It is also the first time Korea Investment Partners has backed a European startup.

Previous investors Smartcap and Seecamp also participated in the round. It brings total funding raised by the company to $15.8 million. 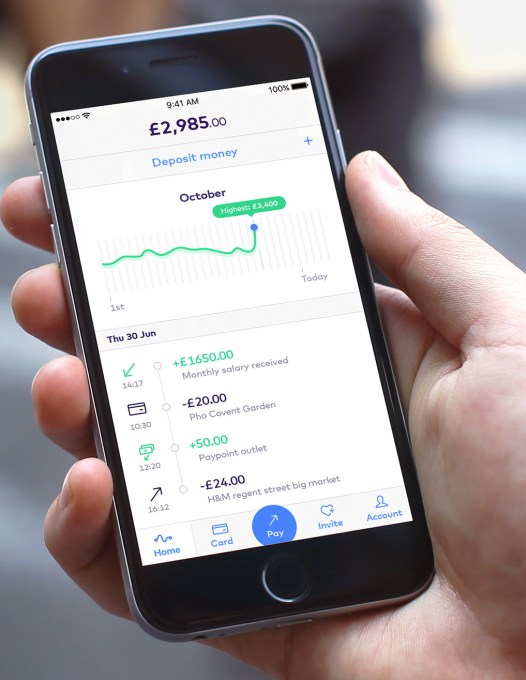 Available via an app for Android and iOS, a Monese account, which claims to be able to be opened in “under 3 minutes”, provides a ‘current account’ interface (including a bank account number), low-cost international money transfers, and a Visa debit card. You’re also able to make cash deposits and withdrawals, and store money in multiple currencies.

Noteworthy, the startup quietly changed its revenue model towards the end of last year. Rather than charging per transaction once a user had used up their free quota, the startup has switched to a simple monthly fee of £4.95 per account for almost all of its services (it still charges a minor additional fee for currency exchange, for example). This covers its own banking fees, but with enough margin, except for the most active users, to be potentially profitable.

The change has also enabled Monese to position itself against the banks as a more transparent and better value banking service for expats and immigrants or anybody else who may find it difficult to access so-called ‘free’ banking.

As I’ve previously noted, the dirty secret that fintech startups are exposing is that financial services are never free, of course, but subsidised by things like hidden fees, zero interest paid when you are in credit or via up sold and uncompetitive products. However, for many immigrants, banking is literally not free, as banks charge a “control function” of around £7 for customers who need or only qualify for a basic account that won’t let them go overdrawn.

So how is that working out for Monese? It claims that over 40,000 customers from over 179 different countries have signed up to date. Collectively they’ve made over 1.8 million transactions, moving £150 million since September 2015.

Last July, the startup told me that 74 per cent of all incoming deposits are people’s salaries, suggesting that Monese is meeting the remit it set out to fulfil. Clearly, investors also like what they see.