Last Sunday Greeks overwhelmingly voted “no,” to reject the bailout terms international lenders put before their country – a bailout for a $1.7 billion payment to the IMF that had expired several days earlier on July 1.

What will happen now to both Greece and its place in the European Union and, in particular, the Euro itself is an open question. This uncertainty has Greece’s entrepreneurs worried – not only about their startups but their country’s nascent startup ecosystem.

“Startups always face challenges,” said Georgios Gatos, co-founder and COO of Incrediblue, an online platform for private yacht, motorboat, and sailboat holidays. “As a company we were born and raised during the crisis (in 2012) and we learned how to move forward. What has happened in Greece with capital controls and the referendum was a strong shock for all of us, but we are prepared.”

Part of that preparation has included working with investors that have backed Incrediblue. Incrediblue has raised $2.6 million from investors in Greece and the United Kingdom to date. The company’s latest round of funding, $1.8 million, led by Connect Ventures in early May, is drawn out of London. “This has worked for us under these unfortunate times,” Gatos said.

And Gatos said that recent times have been unfortunate. “Greece is one of the top countries to visit,” Gatos said. Greece is the 7th most popular destination for travelers in the world, driving nearly $39 billion into the Greek economy or 18 percent of the country’s GDP. Twenty four million people visited Greece last year.

As a company we were born and raised during the crisis (in 2012) and we learned how to move forward. What has happened in Greece with capital controls and the referendum was a strong shock for all of us, but we are prepared. Georgios Gatsos, COO Incrediblue

Other areas in Greek tourism have been luckier. Alexandros Trimis, a serial entrepreneur in the tourism space, told me that that his latest venture, welcomepickups.com, an online service that books chauffeurs for visitors to Greece, has not seen any drop in customers.

However, he said, he is looking at expanding to locations outside Greece. “Thus far we haven’t seen any cancelations but if things evolve for the worse, then we are not sure what we will do,” Trimis said.

Dimitris Koutsolioutsos, the founder of Farmers Republic, also expressed concern. His business, a fair trade marketplace for small farmers to sell and deliver locally grown organic produce, has seen a 70 percent drop in revenue in the last ten days.

“We cannot operate normally. Clients don’t have cash. Farmers don’t have cash to buy gas to put in the truck to come to our shop to sell our products or deliver goods to our warehouse,” Koutsolioutsos said. “We don’t sell the cheapest or lowest quality of tomato or rice or pasta. We have good value for products. Now the consumer is totally price sensitive. People want to buy the cheapest.” 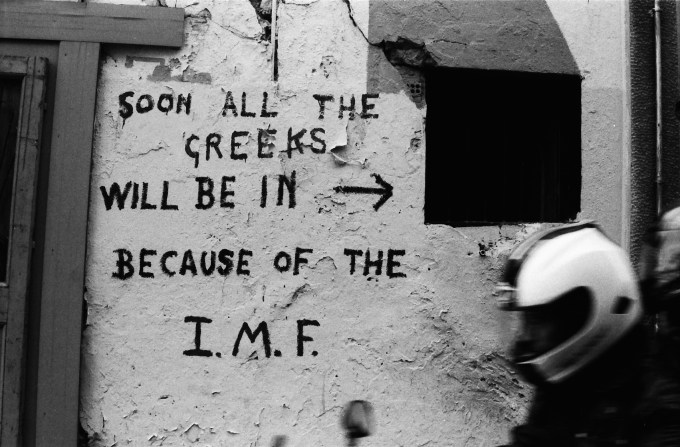 Koutsolioutsos noted that if Greece opts to exit the Eurozone, Farmers Republic would be forced to change its business model, shifting it from its current B2C (farmers to consumer) to a B2B that sells internationally to retailers. “We will be forced to relocate our headquarters,” he said in order not to lose the access he has now to European markets.

His investors have advised him as much. “Shut it down, change the model, and move out of Greece,” they told Koutsolioutsos. “We don’t believe in Greece anymore.”

Emilios Markou, the founder of Hellas Direct, a direct-to-consumer online car insurance company, told me that his four-year old startup has felt little if any negative impact from the Greek debt crisis. Because people aren’t buying gas, fewer people are on the road. “Fewer people driving means less accidents,” Markou said. He is watching, however, for an increase in fraud claims.

Things have been tougher for Argiris and Dimitrios Bendilas, the brothers who founded Total Eclipse, a gaming company in 2004.

“Seeing your country in disarray doesn’t really help you start the day full of optimism,” Argiris Bendilas told me. In particular they are concerned about a product launch planned for October.

If the rumors about a default and a haircut on deposits materialize, Total Eclipse won’t have the money to roll out its new product on time. Capital controls imposed last week have already affected the company, which is having trouble paying international bills.

“We made the mistake of keeping all our funds here in Greece,” Argiris Bendilas said. They have since started redirecting Total Eclipse’s revenues to a new account abroad.

The brothers haven’t decided to do more than that and leave Greece. “We fear, though, that things will get much worse and we’ll be forced to,” Argiris Bendilas said. 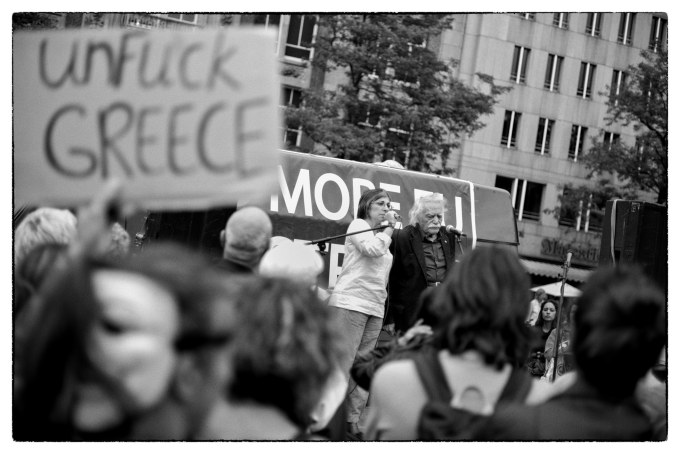 “Making high quality games for the global market is very tough as it is. Doing that in Greece, with an absent organized industry makes it even harder. It has never been easy for us to find highly skilled game engineers, with so few game development studios here, and combined with the expected brain drain due to the recent events, things are bound to get much worse,” Argiris Bendilas said.

Overall, Bendilas said, it was sad to see all the work that all Greek startups have put in over the past five years, “being threatened in just a week’s time.”

“Our startup scene, which was even taken to the next level by the introduction of the JEREMIE funds in 2013, now faces the biggest of issues: trust,” Bendilas said. “Our startup scene’s foundations have been shaken very badly and restoring them will require a lot of time, patience, strong will and hard work.”

Incrediblue’s Georgios Gatos echoed the same sentiment, though added some optimism. “It took us about 6 years as an ecosystem to be where we are and it will be a shame to see all these efforts vanish. On the other hand, we are entrepreneurs. We find solutions and we thrive,” he said.