Send an instant message asking for something, and they’ll do the grunt work of placing your order and getting it delivered to you. That’s the idea for Uber co-founder Garrett Camp‘s new startup Operator that’s still in stealth, according to sources with direct knowledge of the app.

You might have heard of a similar startup called Magic that recently blew up. But Magic was slapped together atop SMS over a weekend as a side project of Y Combinator company Bettir. In contrast, our sources say Operator is a highly polished native app that’s been in testing for over a year with much bigger plans for changing commerce.

Operator’s website is just a teaser waitlist form. And a job listing for Operator only says “Our product lies at the intersection of technology’s biggest trends today—messaging, mobile, and on-demand services.” But we know a lot more.

Here’s how the current version of Operator works, according to our sources, though it could change before it eventually launches. We reached out to Operator, but it declined to comment.

Operator’s app acts as an inbox of your requests, which each live as message threads. To start a new request, you just type in what you want and send it. You could ask an Operator to send you a new blue dress shirt, size medium. It can also handle more complex requests, like “Get me the cheapest four-pack of white, short socks that are decent quality.”

While our sources couldn’t confirm this, it’s likely that Operator will be able to handle more than just deliveries, such as some personal assistant tasks.

Once you’ve messaged in your request, a human operator will then do the research to find the best possible solution for your problem and provide you with some options. Once you’ve confirmed what you want, they’ll place any online orders and phone calls necessary to make it happen, then chat to confirm with you and provide a stylish receipt right in the thread. Payment happens automatically through a payment method on file, similar to Uber.

The whole process feels personal, as you’ll see a profile photo of whichever Operator you’re working with. If you’re trying to buy something from a popular store, a source says Operator sometimes offers in-app product catalogues that you can choose things from, and can remember what you like. Big retailers may even have dedicated Operators that can handle requests for those stores’ items.

Operator’s app is said to offer a beautiful experience worthy of the busy people willing to trade money for time. It’s much slicker than the more spartan SMS interface used by Magic.

It’s just a guess, but The Matrix films used the term “Operator” for the technicians sitting at computers in the real world who helped the heroes while they were in the Matrix. Maybe that’s where this startup got its name. 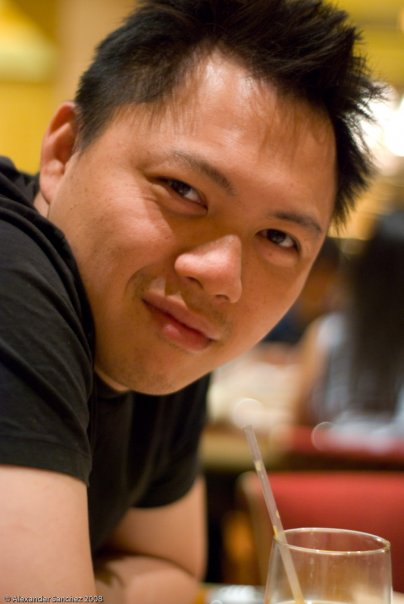 We first spotted Operator’s vague splash page a year ago, linked to from the portfolio section of Camp’s startup studio Expa, which also built restaurant payment app Reserve. Camp founded Expa in 2013 to distill his experience at Uber and his former startup StumbleUpon into new products, and he raised around $50 million for it last year.

As CEO of Operator, Chan has an enormous opportunity to create a logistics layer between customers and the retailers and services they buy from. What Uber did creating a tech-powered logistics layer for transportation, Operator could do for lots of other businesses.

The rise of mobile has created an opening for Operator. People on the go don’t have the time, patience or screen real estate to research different purchase options or type in their payment and delivery details. Yet phones have gotten us addicted to instant gratification. Constantly having an Internet-connected computer in your pocket means that when a craving or problem arises, you want it answered immediately. Operator could make that dream come true.

One big question we’re unsure of is how deeply businesses themselves will be able to integrate with Operator. Rather than exclusively hiring its own Operators, the startup could potentially let businesses handle requests with their own Operators that know the ins and outs of their products and services. On-demand services might be able to hook themselves into Operator as an alternative front-end for making a request.

Considering Camp’s relationship to both Uber and Operator, there could be wildly lucrative partnership opportunities down the line. This is in no way confirmed, but imagine if Operator became the front-end where you put in requests, and on the back-end, Uber routed idle drivers to perform the deliveries. Uber is on a quest to both grow its driver supply and ride request demand. Operator could possibly jack in a bunch more demand for Uber drivers, even if it’s not to carry people.

We don’t have any details about when Operator will think it’s ready to move beyond its current private tests and start letting the public try it out. But when it is, it could mean no more juggling tabs or apps, no more clumsy mobile typing, no more fishing around for your payment details. Operator will just get it done.