Oh Google. Thought we wouldn’t notice that you’re trying to kill off not just Google Reader, but also your support and endorsement for the RSS format itself? People have just started noticing that Google’s own RSS Subscription Chrome browser extension has disappeared from the Google Chrome Web Store. Though it’s unclear at this time exactly when the extension was removed, the change appears to be recent.

The extension, which previously placed a small, orange RSS icon next to the website’s URL in the Chrome address bar, no longer functions even on Chrome browsers where the extension is installed and enabled. (Update: the extension has been reinstated, as of 3/19/13).

Upon clicking the icon, users used to be able to quickly subscribe to that website’s feed in their preferred RSS reader, such as Google Reader, which, of course is now shutting down for good.

Though it shipped with support for iGoogle (also killed by Google), My Yahoo, and Bloglines, users could also enter their preferred feed reader’s web URL, if desired. 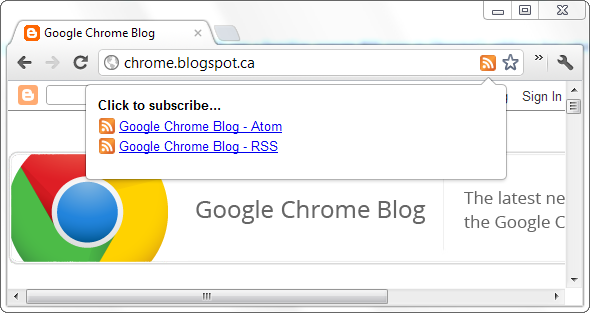 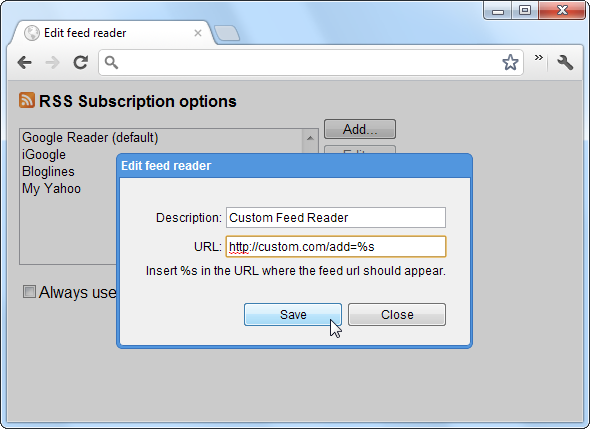 But now the extension is gone, and the message is clear: Google is getting out of the RSS business. It’s more than Google just shutting down a product that never gained mainstream traction and moving resources elsewhere – it’s about distancing itself from the RSS community as a whole.

While the RSS format never caught on with most people, that was never a concern for power users. Journalists (obviously), programmers, researchers, and others of a more technically inclined nature prefer to peruse their own collection of website feeds, as opposed to enjoying the “serendipitous discovery” of content now popularized by social media and other news magazines like Flipboard.

But this group, though small, are some of the web’s most engaged users. They are the people building its pieces and underpinnings, and filling it with content. As The Guardian aptly put it today, killing Reader is like killing the bees. The damage to the ecosystem extends beyond the hundreds of thousands, or millions rather, impacted directly by Google Reader’s death.

That being said, this group has sprung to action following Google’s announcement. Not only has work begun to offer the community alternatives to Reader specifically (save us Digg!), work is being done on the other pieces of the RSS infrastructure, as well. For example, Superfeedr announced this morning a baby step of sorts – it’s making the process of subscribing to a website easier with the introduction of “SubToMe” button. Upon clicking, users would get a choice of RSS readers they could add their subscription to.

This is not the only recourse for those still in need of a simple subscription option, of course. The Google Chrome Web Store still offers a dozen RSS subscription extensions.