Mobile ad network Millennial Media, is releasing its quarterly report which gives a view into how each OS, device and manufacturer is performing on one of the largest remaining independent ad networks in the world. In Q3, Android continued to dominate the mobile ad network, and led the Connected Device and Smartphone OS Mix on Millennial with 56% of the impressions. iOS was the second largest Connected Device and Smartphone OS in Q3 with 23 percent of impressions. 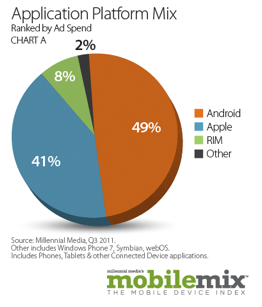 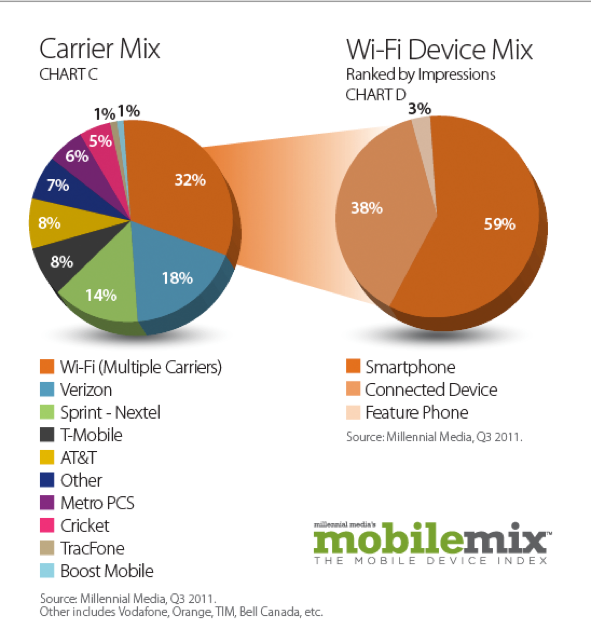