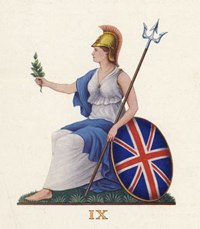 British TV networks the BBC, ITV and Channel 4 will launch a new joint online TV on-demand service that will provide a one-stop shop of content from all channels.

The new service, as yet unnamed will be launched in 2008 and will include free downloads, streaming, show rental and purchase via the internet, with possible future expansion onto other platforms. Shows available will include locally produced content and possibly US and other non-British content as well. Like existing online offerings from the networks it is presumed that the service will be available to residents of the United Kingdom of Great Britain and Northern Ireland only.

The BBC has had ongoing problems with its iPlayer service which faced delays and budgets blowouts, then came under attack for being available to Windows users only.

The significance of the service has been described by the BBC as “historic;” to put the deal in perspective it would be like CBS, ABC, NBC and Fox coming together for a joint portal where all their shows would be available to be viewed on demand, for download (to say an iPod), purchased or rented. Ultimately the biggest winner from the deal will be the British viewer who will have unparalleled access to legal TV content online in the one spot. Here’s hoping that the idea might be taken up in other countries.