JustKitchen operates cloud kitchens, but the company goes beyond providing cooking facilities for delivery meals. Instead, it sees food as a content play, with recipes and branding instead of music or shows as the content, and wants to create the next iteration of food franchises. JustKitchen currently operates its “hub and spoke” model in Taiwan, with plans to expand four other Asian markets, including Hong Kong and Singapore, and the United States this year.

Launched last year, JustKitchen currently offers 14 brands in Taiwan, including Smith & Wollensky and TGI Fridays. Ingredients are first prepped in a “hub” kitchen, before being sent to smaller “spokes” for final assembly and pickup by delivery partners, including Uber Eats and Foodpanda. To reduce operational costs, spokes are spread throughout cities for quicker deliveries and the brands each prepares is based on what is ordered most frequently in the area.

In addition to licensing deals, JustKitchen also develops its own brands and performs research and development for its partners. To enable that, chief operating officer Kenneth Wu told TechCrunch that JustKitchen is moving to a more decentralized model, which means its hub kitchens will be used primarily for R&D, and production at some of its spoke kitchens will be outsourced to other food vendors and manufacturers. The company’s long-term plan is to license spoke operation to franchisees, while providing order management software and content (i.e. recipes, packaging and branding) to maintain consistent quality.

Demand for meal and grocery deliveries increased dramatically during the COVID-19 pandemic. In the United States, this means food deliveries made up about 13% of the restaurant market in 2020, compared to the 9% forecast before the pandemic, according to research firm Statista, and may rise to 21% by 2025.

The hidden cost of food delivery

Wu, whose food delivery startup Milk and Eggs was acquired by GrubHub in 2019, said one of the main ways JustKitchen differentiates is by focusing on operations and content in addition to kitchen infrastructure. Before partnering with restaurants and other brands, JustKitchen meets with them to design a menu specifically for takeout and delivery. Once a menu is launched, it is produced by JustKitchen instead of the brands, which are paid royalties. For restaurants that operate only one brick-and-mortar location, this gives them an opportunity to expand into multiple neighborhoods and cities (or countries, when JustKitchen begins its international expansion) simultaneously, a new take on the franchising model for the on-demand delivery era. 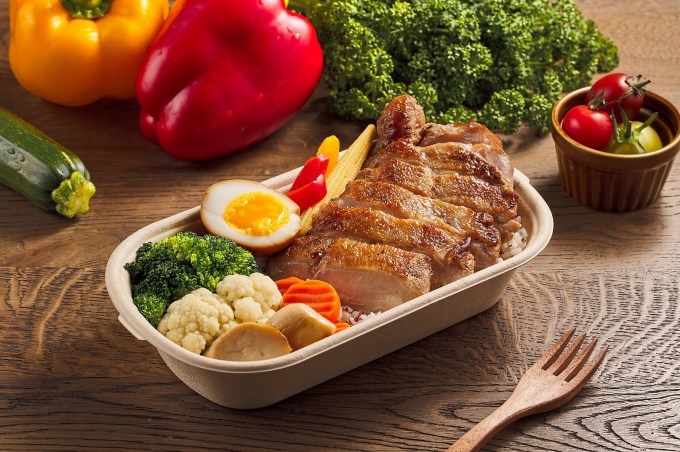 Each spoke kitchen puts the final touches on meals before handing them to delivery partners. Spoke kitchens are smaller than hubs, closer to customers, and the goal is to have a high revenue to square footage ratio.

“The thesis in general is how do you get economies of scale or a large volume at the hub, or the central kitchen where you’re making it, and then send it out deep into the community from the spokes, where they can do a short last-mile delivery,” said Wu.

JustKitchen says it can cut industry standard delivery times by half, and that its restaurant partners have seen 40% month on month growth. It also makes it easier for delivery providers like Uber Eats to stack orders, which means having a driver pick up three or four orders at a time for separate addresses. This reduces costs, but is usually only possible at high-volume restaurants, like fast food chain locations. Since JustKitchen offers several brands in one spoke, this gives delivery platforms more opportunities to stack orders from different brands.

In addition to partnerships, JustKitchen also develops its own food brands, using data analytics from several sources to predict demand. The first source is its own platform, since customers can order directly from Just Kitchen. It also gets high-level data from delivery partners that lets them see food preferences and cart sizes in different regions, and uses general demographic data from governments and third-party providers with information about population density, age groups, average income and spending. This allows it to plan what brands to launch in different locations and during different times of the day, since JustKitchen offers breakfast, lunch and dinner.

JustKitchen is incorporated in Canada, but launched in Taiwan first because of its population density and food delivery’s popularity. Before the COVID-19 pandemic, food delivery penetration in the U.S. and Europe was below 20%, but in Taiwan, it was already around 30% to 40%, Wu said. The new demand for food delivery in the U.S. “is part of the new norm and we believe that is not going away,” he added. JustKitchen is preparing to launch in Seattle and several Californian cities, where it already has partners and kitchen infrastructure.

“Our goal is to focus on software and content, and give franchisees operations so they have a turnkey franchise to launch immediately,” said Wu. “We have the content and they can pick whatever they want. They have software to integrate, recipes and we do the food manufacturing and sourcing to control quality, and ultimately they will operate the single location.”