Apple announced a ton of new devices and features today at its September hardware event, but no word on its upcoming iPhones. That’s expected later in the month, maybe next.

In case you missed Apple’s hour-long keynote, here’s everything that was announced — including some things you might have missed. 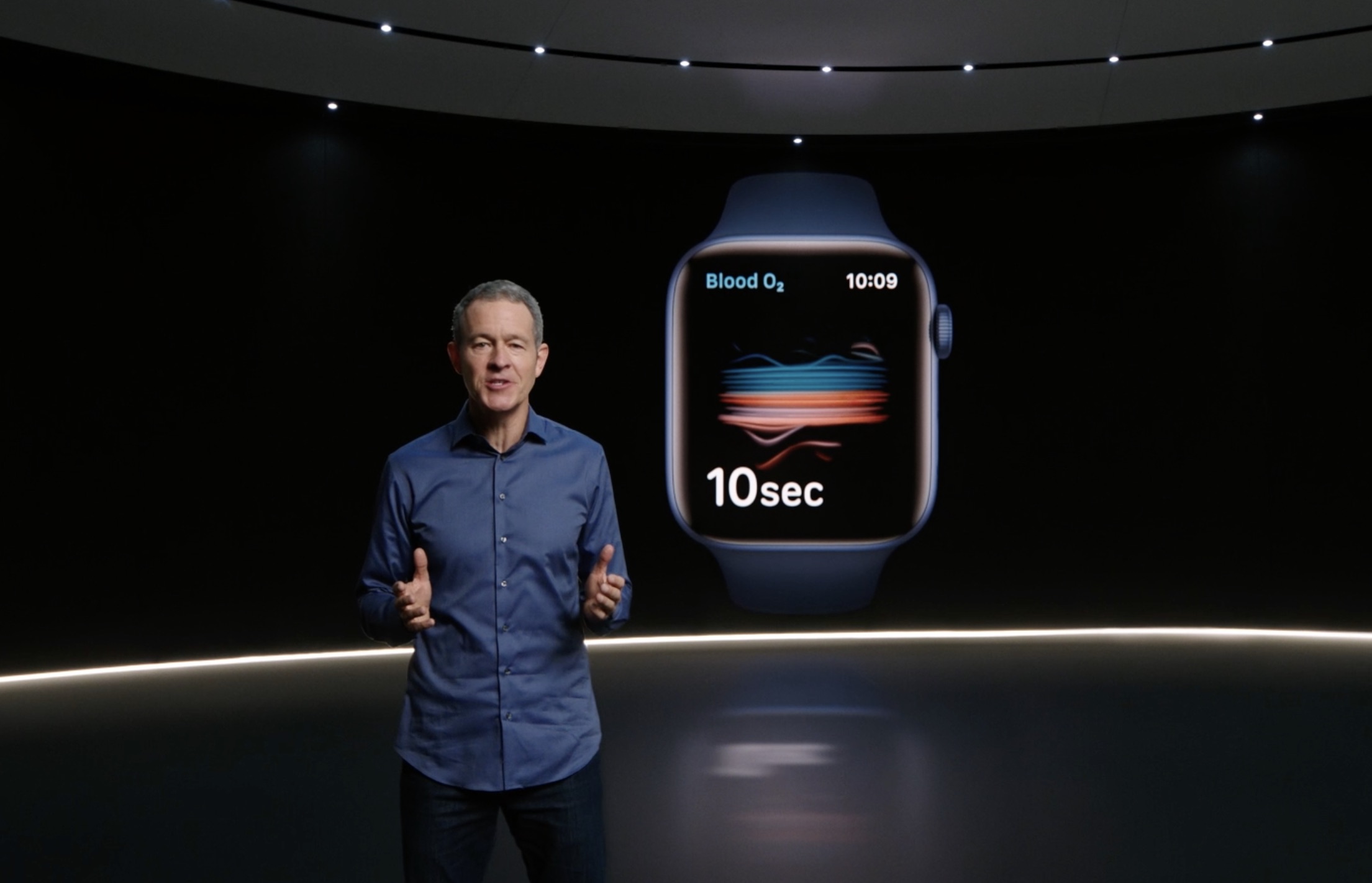 One of Apple’s big announcements is the new Apple Watch Series 6, priced at $399. The new wearable comes with a new Apple S6 silicon chip with an always-on energy-saving display. It also lands with a blood oxygen sensor. 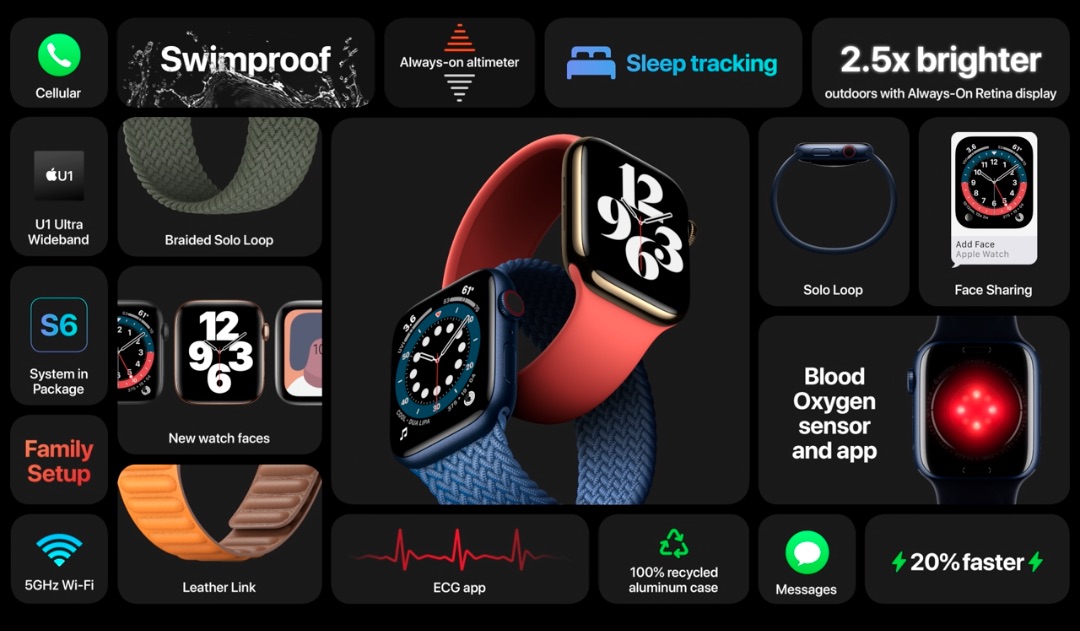 Family Setup: The new Family Setup option lets families stay connected, even when some members of the family don’t have an iPhone. It also comes with a family tracking feature, which lets parents make sure their kids have checked into school or sports practice, for example.

Fitness+: Apple is launching a new fitness subscription, landing at $9.99 a month or $79.99 a year. The service is available from inside the Activity app, and takes aim at in-home fitness services, which have taken off in part because of the ongoing pandemic. But so far, the fitness market doesn’t seem too flustered by the move.

Solo Loop: You can now get a Solo Loop for your Apple Watch, a single band that drops the standard clasp in favor of stretchy silicon. It comes in seven colors and a range of sizes. 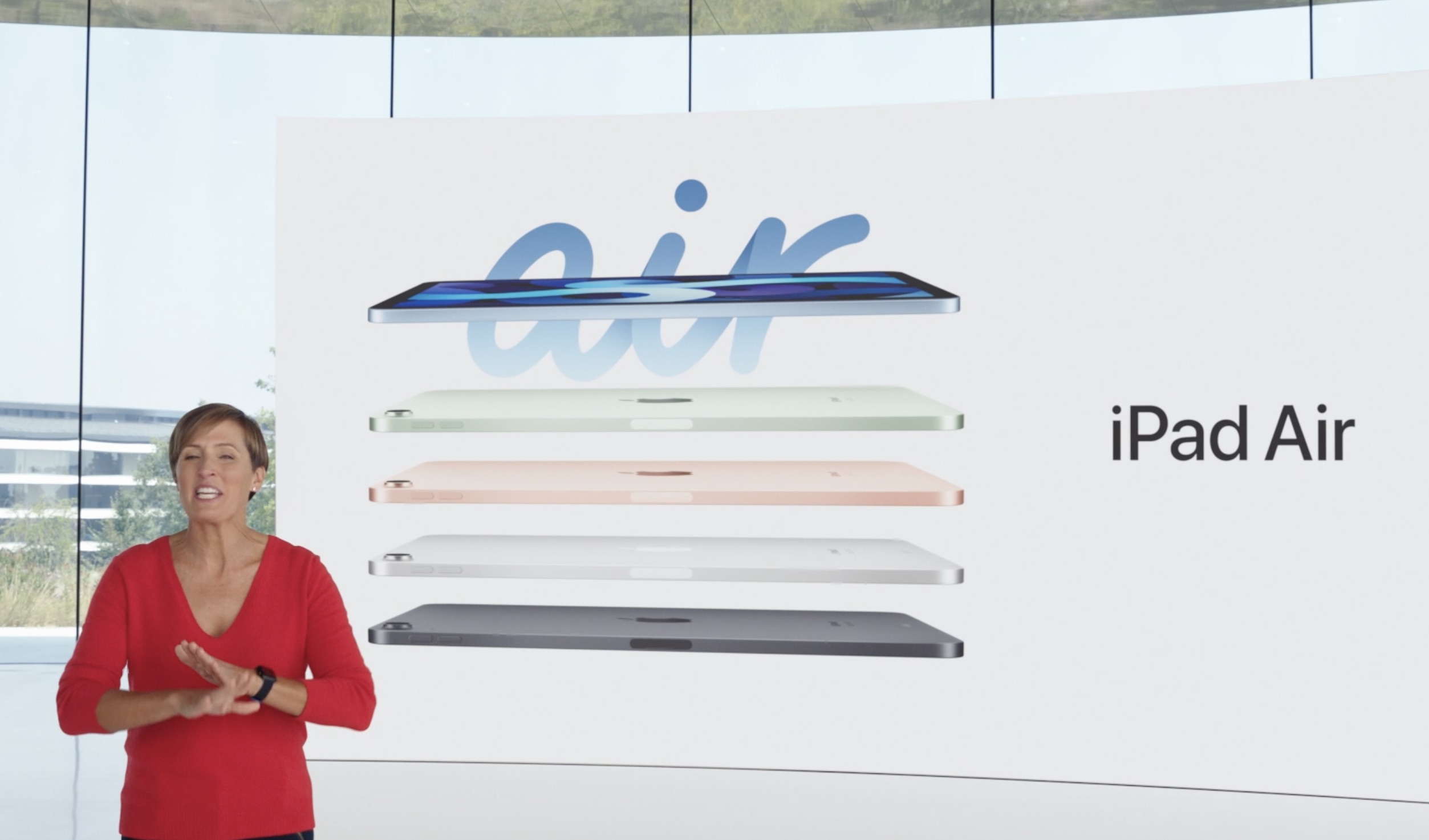 Next up, the iPad. Apple said it’s refreshing the iPad line-up with a new fourth-generation iPad Air. The new slimline iPad Air lands with a 10.9-inch 2360×1640 resolution Retina display and replaces the Lightning port with a USB-C cable. The new iPad Air comes with a Touch ID fingerprint sensor embedded in the power button, and a new 12-megapixel, 4K-capable rear camera.

New A14 Bionic chip: Apple unveiled its new, super-fast five nanometer A14 Bionic chip, landing in the new iPad Air. It’s packed with close to 12 billion transistors, 40% up on the previous iteration of chips, and has a 16-core neural engine for apps that rely on machine learning and artificial intelligence. 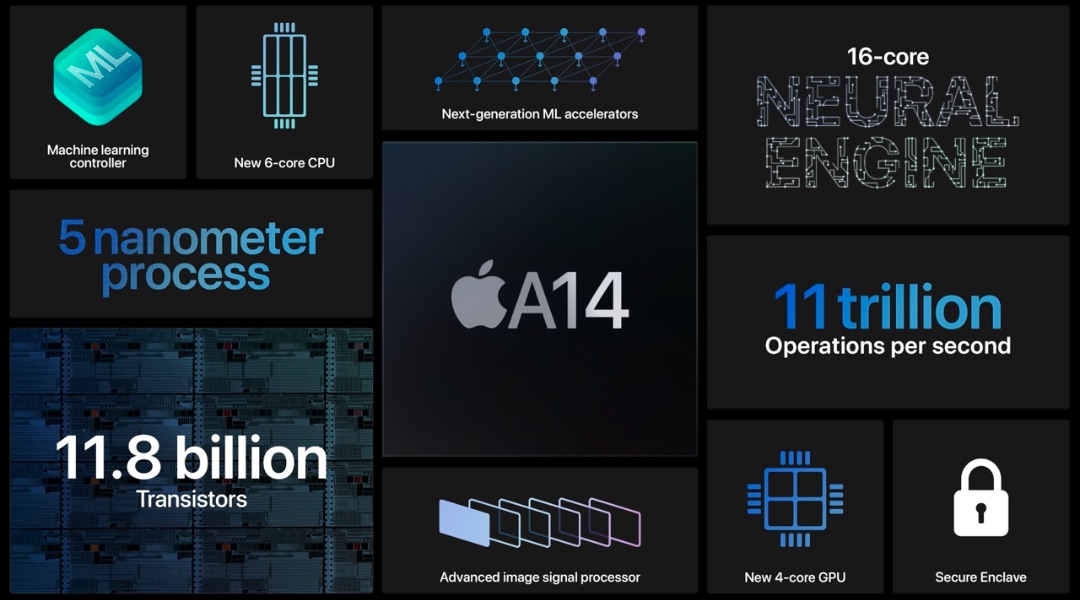 New colors: Apple has two new colors on top of the existing silver, space gray and rose gold to now include green and sky blue.

With an Apple subscription for TV, music, games, as well as iCloud storage charges, Apple is rolling its subscriptions into one place under its new Apple One plan. There are three tiers — one for individuals, another for families, and the top-tier includes the full package of Apple’s subscription services. 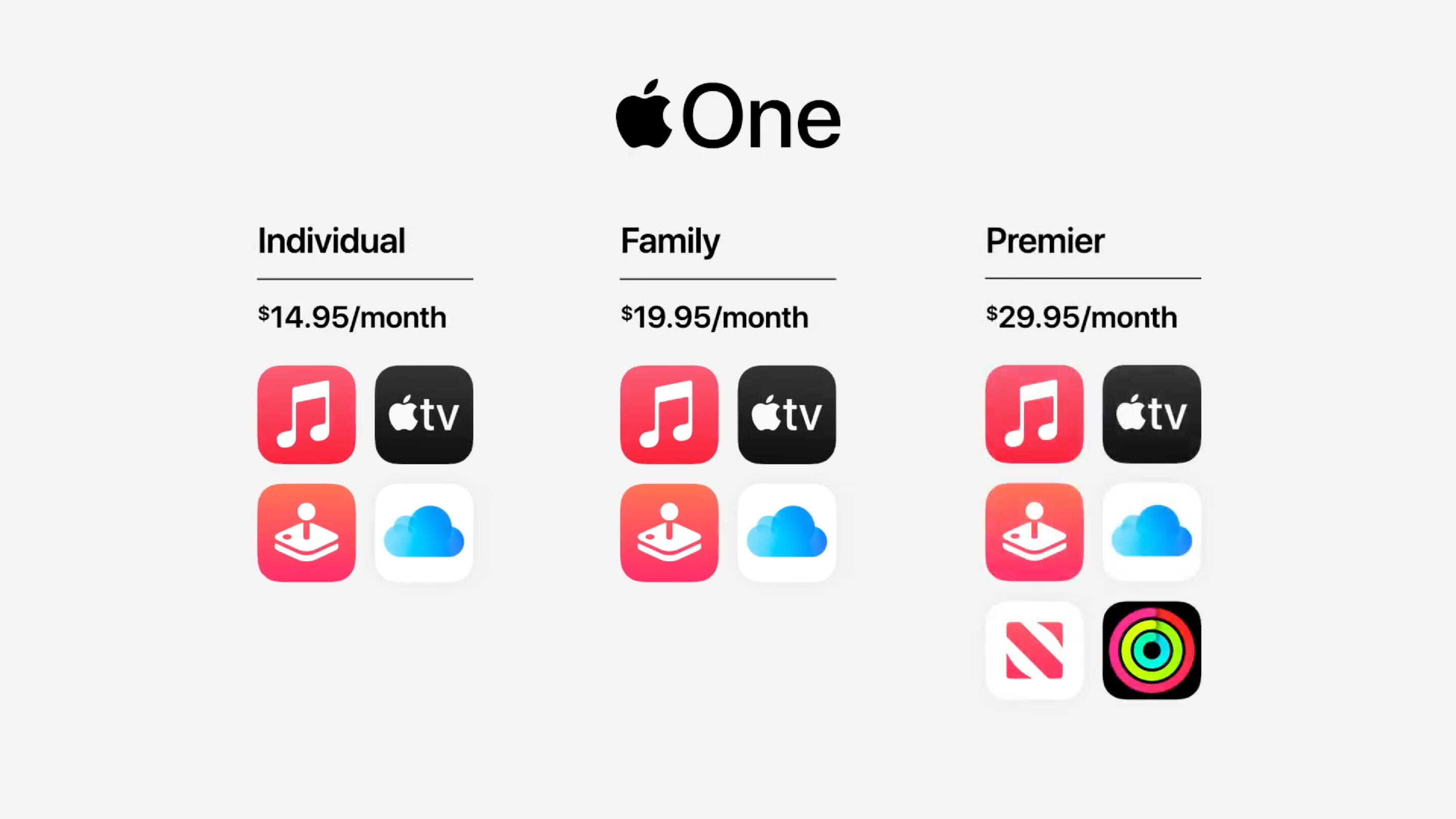 And iOS 14 comes with new privacy and security features, a new and improved Maps, a redesigned Siri and a new in-built translator app.

No word yet on macOS Big Sur, Apple’s next desktop and laptop operating system. A release date is expected out in the next few weeks ahead of the holiday season.