At Apple’s (virtual) hardware event today, the company announced a significantly redesigned iPad Air with a new look and tiny bezels. In a move portentous for other Apple products, Touch ID has returned — inside the power button on the top of the tablet.

For the 10th anniversary of the iPad, the new fourth-generation Air is the biggest change to the device in a while. “This is a big year for iPad,” said CEO Tim Cook, before introducing changes to the non-Pro tablets in the lineup. “And today, we’re thrilled to introduce an all new completely redesigned iPad Air.”

The biggest change has to be the next-generation Touch ID sensor built into the power button. Time will tell whether this is truly more convenient than having it in the “home” button, but it’s clear now that Apple has seen that demand for the fingerprint-based unlocking method has not abated.

Could the new Touch ID power button show up on the iPhone 12, or at the very least on the iPad Pro later? It seems likely, as while Face ID has become more reliable over time, sometimes people just prefer the hands-on approach.

The look is new to the iPad Air series, but mainly just resembles the Pro, with flat sides, rounded corners on the screen, and a prominent camera bump. There are also a bunch of hot new colors. 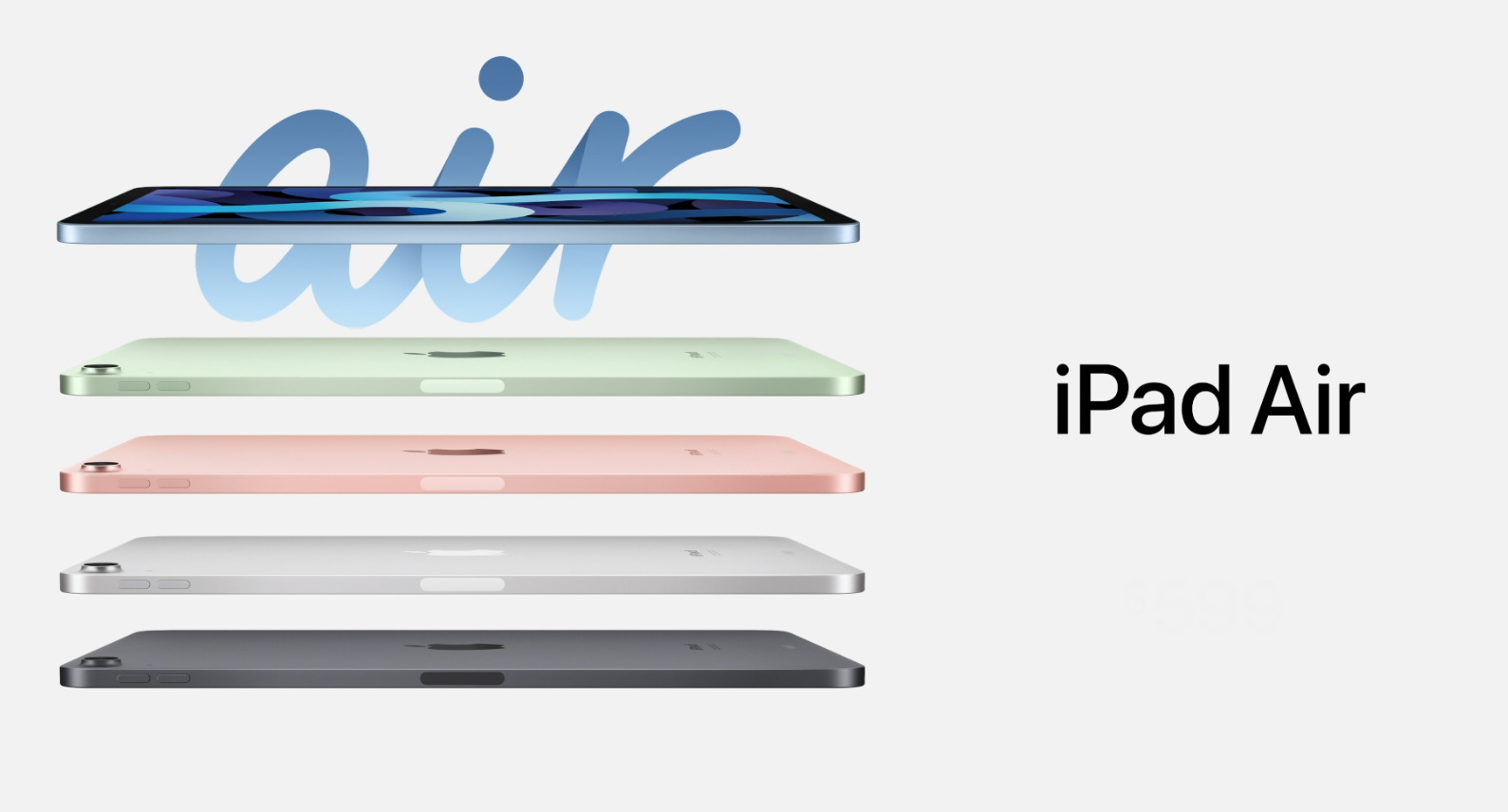 There’s a new display, with a 2360×1640 resolution, a little higher than the last generation. You probably won’t notice the difference unless they’re side by side, but Apple has always pushed to make sure its devices have among the highest-quality screens out there, and the new Air is no exception.

The connector has graduated from Lightning to USB-C, like its big brother the iPad Pro, so while on one hand you might need to throw away your cables… again… the new cables aren’t special Apple ones sprinkled with fairy dust, so you’ll be able to use $5 ones from Monoprice instead.

There’s an improved front camera, and the back one gets the iPad Pro’s 12-megapixel, 4K-capable shooter. But no lidar, unfortunately. Speakers also get a boost, with stereo audio in landscape mode.

You’ll be able to pick up the new iPad Air starting next month at $599 for the cheapest version (Wi-Fi only, with 64 GB of storage). It may be hard to justify spending the extra money for the Pro at this point. And of course if all you want is a basic iPad, Apple’s got you covered there too.

The vanilla iPad, now in its eighth generation, also got a computing power bump to the A12 series of chips, but no real exterior changes. With 500 million iPad devices sold, the traditional (though considerably updated from the original) design has proven to be just fine. It’ll set you back $329.