Apple is launching a fitness subscription service called Fitness+, which for a skosh under $80 a year will give users access to workouts and instruction, plus folds in music, delivered through the Apple Watch or iPad.

Fitness+ will cost $9.99 a month or $79.99 a year. Apple is offering the first three months free with the purchase of a watch. Up to five family members will also be able to use Fitness+ for no additional charge, the company said Tuesday. The service will launch in Australia, Canada, Ireland, New Zealand, the U.K. and the United States before the end of the year.

The launch of Fitness+ builds on the growing number of health metrics already available on the Apple Watch, including heart rate, calories burned, pace and distance. This new service folds in a catalog of video workouts that can be viewed on a user’s iPhone, iPad or Apple TV. Once a user launches a video, it communicates with and starts the correct workout in their Apple Watch workout app. 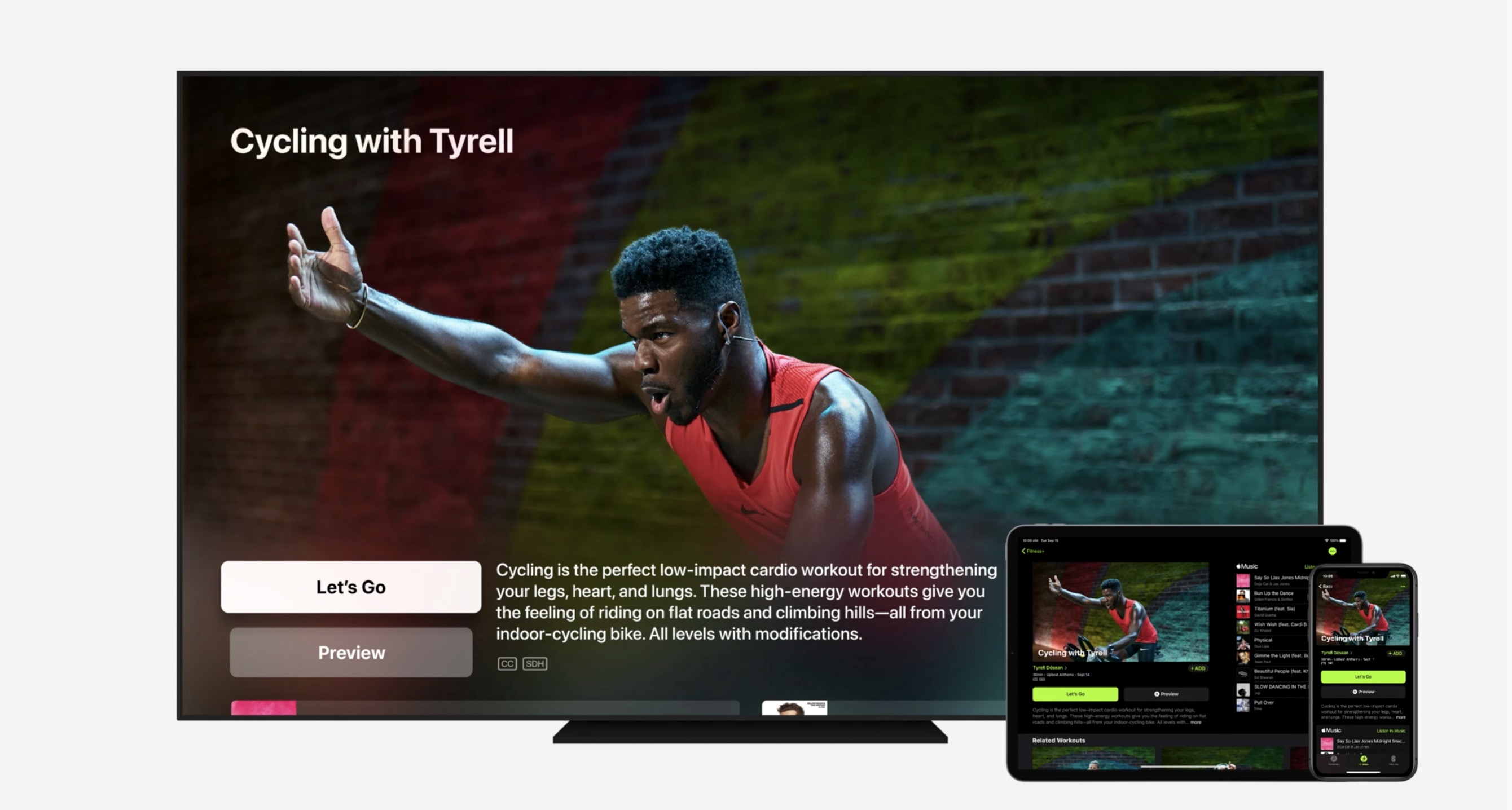 The user’s health metrics are sent in real time to whatever screen they’re using to watch the workout video. Those metrics change as the workout progresses. For instance, if a trainer in a particular video tells the user to check their heart rate or check their running pace, those numbers get larger and make it easier to see. 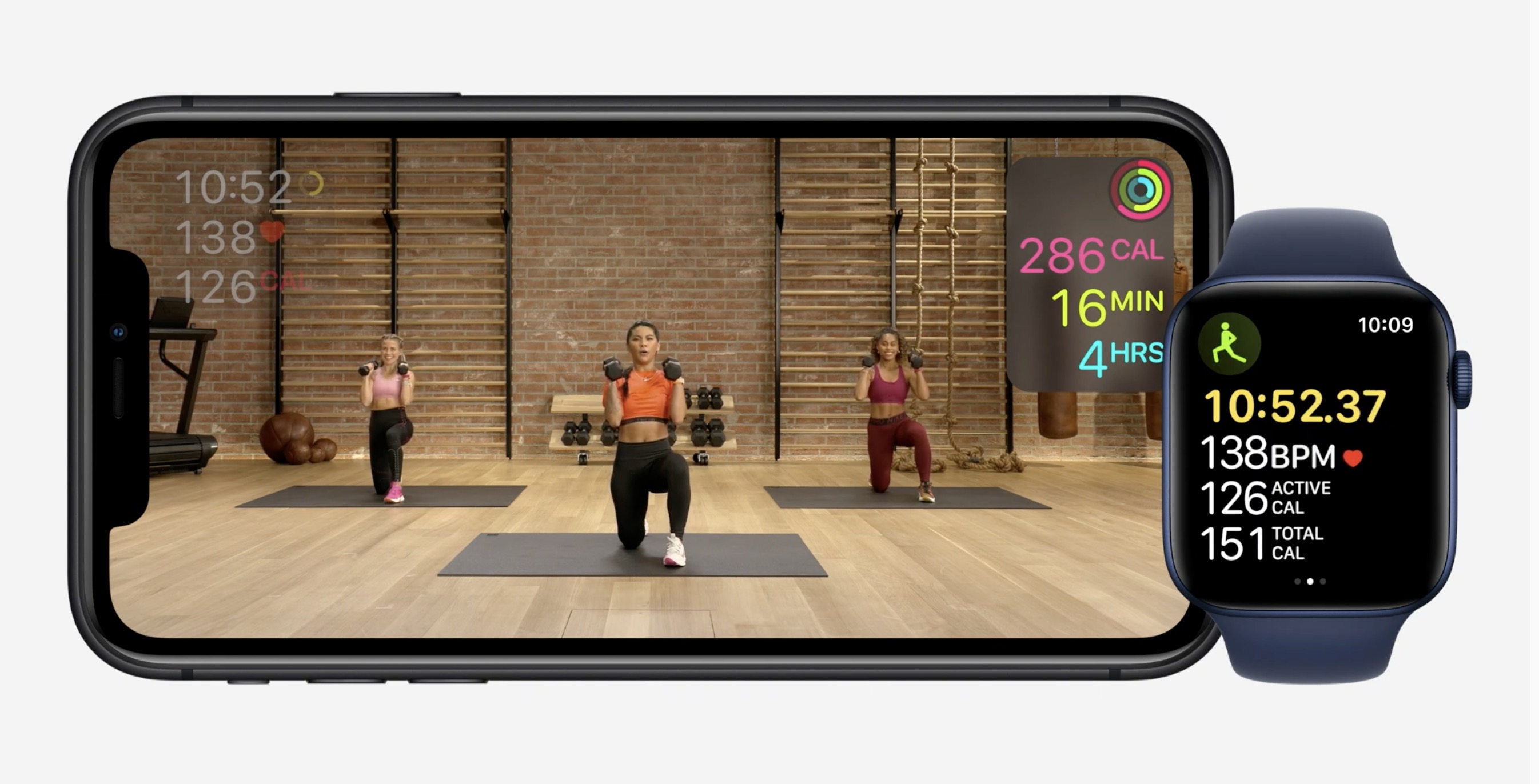 Apple’s in-house trainers will offer fresh workouts each week from its Fitness+ studio, according to the company. There are also videos geared for yoga, cycling, treadmill walking and running as well strength and core exercises. The aim is for these workouts to be done anywhere and with any equipment.

After the workout, users will get a summary of the data captured from a user’s Apple watch sensors. Apple Music subscribers can also save music played during their workouts and then listen to them later.

Apple said Tuesday that all of this data will be protected. When using Fitness+, calories and the workouts will not be stored along with their Apple ID.

The Fitness+ service is the latest example of Apple building out an ecosystem of subscription products. Its creation also adds to the increasingly crowded field. Fitbit is just one company that has its own service that’s tied to its hardware. Then there are the host of fitness apps. For instance, Aaptiv, a Netflix-style app-based startup that connects people to a range of trainer-led indoor and outdoor fitness and wellness sessions, raised fresh capital back in April.