Today’s Apple event offered up a lot of information. Here’s how things unfolded on stage.

Surprising everyone, Tim Cook dove straight into the Apple TV, and teased a partnership with HBO before welcoming HBO CEO Richard Plepler on to the stage. He announced HBO Now for the first time, bringing HBO Now to Apple TV exclusively and allowing users to pay for standalone service (finally out of the hands of the cable providers) for $14.99 a month. The service premieres in April and users who sign up before then get the first month for free. 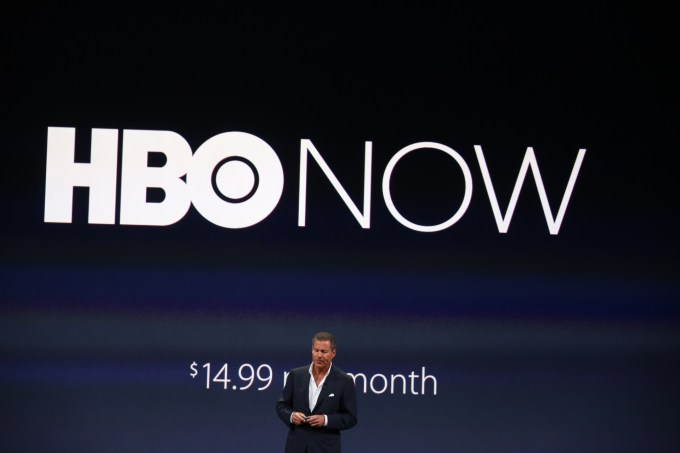 Tim Cook then went back into the Apple TV, announcing 25 million sold, and announcement a price adjustment that brings the Apple TV down to $69. That price point and exclusive access to HBO Now could be a lethal combination.

From there, Cook delved into the wonderful world of iPhones, announcing that Apple has sold over 700 million since launch. Think about the size of that number for a second.

He then went on to discuss the growth of Apple Pay since launch, mentioning that the contact-less mobile payments service is now available at 700,000 locations, including 40,000 vending machines.

The Apple CEO then shifted to another part of what makes the iPhone important: health data.

Research Kit is a newly announced product that allows users to take various tests, which will help medical researchers in their efforts to cure the world’s worst diseases. For example, an app in Research Kit will test users on their dexterity and gait, using things like the touchscreen and the accelerometer and gyrometer, which will then aid researchers in their work. There are five apps, testing things from Diabetes to Cardiovascular disease, that will launch today, with more coming later on.

Shifting from the iPhone to the Mac, Tim Cook announced that Apple is reinventing the MacBook, and introduced the brand new MacBook. In gold. 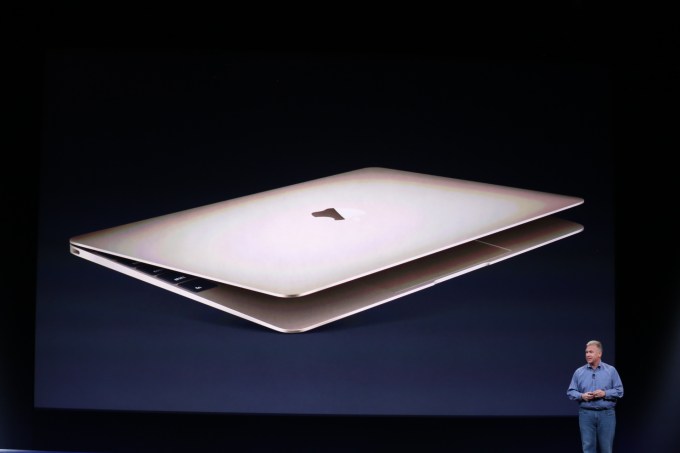 The new MacBook is 13.1 millimeters thick, 24 percent thinner than the previous thinnest MacBook model, and weighs just two pounds. It has a 12-inch 2304×1440 Retina display, with 3.3 million pixels total. The company also redesigned the trackpad and the keyboard to fit this ultrathin notebook, which comes in gold, grey and silver. But there are a number of other updates coming to the MacBook line as a whole, which you can find here.

And finally, Apple got to the important stuff: Apple Watch. 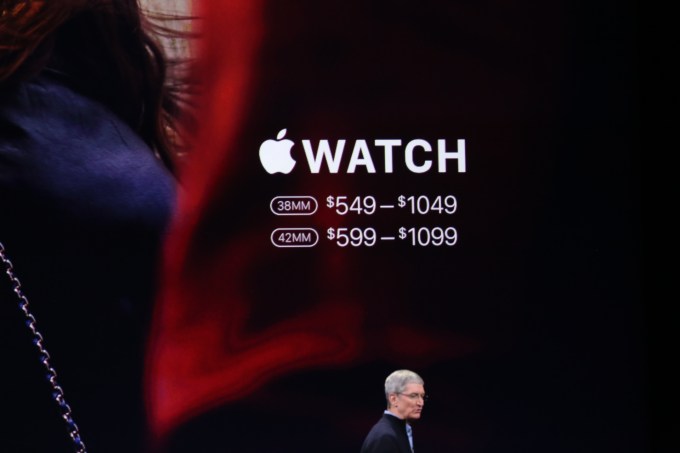 We got to take a look at how some of our favorite apps look on the device, including Uber.

Cook revealed pricing and availability for the new product line, which starts at $349 and can climb all the way up to $17,000 depending on which model, size, and band you choose.

You can check out our full coverage right here.