Though today’s Apple event is largely focused on the reveal of the new Apple Watch, the company also announced an update to its Apple TV platform to kick off the day – something that had been rumored could be among today’s news. Apple CEO Tim Cook confirmed earlier reports that HBO’s new standalone streaming service called HBO Now is going to be available on Apple TV, exclusively at launch.

The service will include all access to current programming as well as past programming, and popular shows like “Game of Thrones” and “Silicon Valley” were mentioned as coming to the service when it debuts next month. The audience at the event also got a sneak peek at the forthcoming season of “Game of Thrones,” introduced by HBO’s CEO Richard Plepler who called HBO’s new streaming service a “transformative moment” for his company.

The service will resemble the company’s current mobile offering HBO GO, except that it will no longer require users to also have a cable TV or satellite subscription. Instead, they’ll have the option to pay directly.

HBO Now will be sold in the U.S. for $14.99 a month, starting in April – just in time for the return of “Game of Thrones.” The first month will be free, in order to attract potential customers. iOS device owners, including iPad and iPhone owners, will be able to access the new subscription service through the HBO app on the App Store. In addition, subscribers will also be able to watch at HBONOW.com. 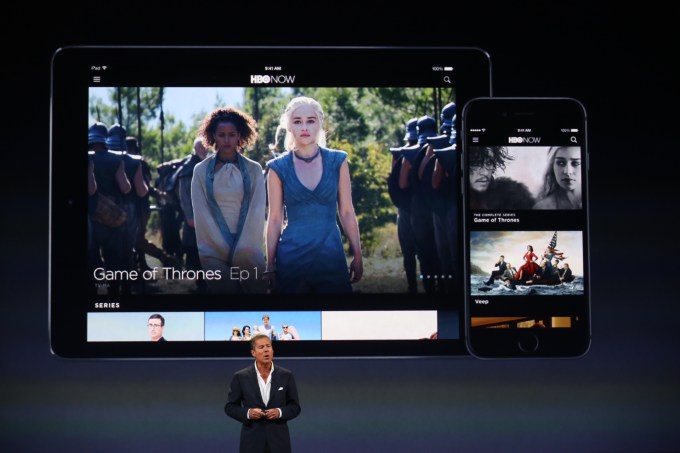 “All you need to get HBO Now is a broadband connection and an Apple device,” said Plepler. “There will be a brand-new HBO Now channel on Apple TV so you can enjoy it on the big screen or you can watch HBO NOW on your iPhones and iPads.”

The fact that this is exclusive to Apple TV is surprising, and will likely sell a lot of Apple TVs. It also speaks to a sizable deal between the two companies, Apple and HBO, the latter which could have easily brought this technology to other set-top box platforms but chose to launch the service exclusively with Apple TV instead. According to some reports, Apple’s exclusive on HBO Now is limited, however – it has a three-month window among new digital distributors.

Apple, which has sold 25 million Apple TV’s to date, noted also there’s another reason to buy Apple TV — the price is being reduced to $69 down from a prior $99. 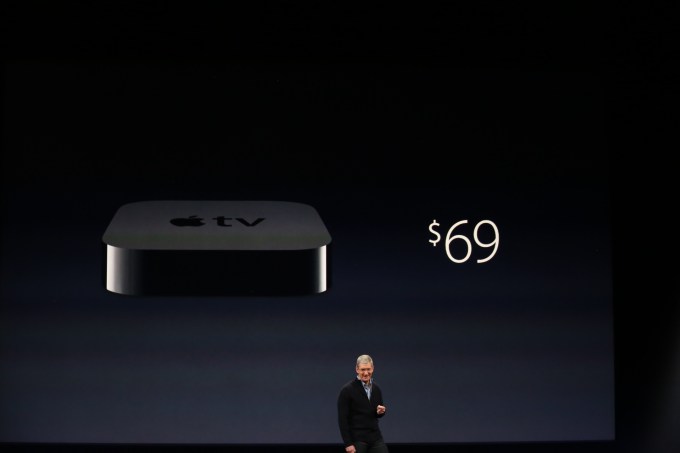 “Apple TV will reinvent the way that you watch television, and this is just the beginning,” said Cook.

Unfortunately, the CEO didn’t also introduce a revamped Apple TV platform, as some had expected. Sources had previously hinted that Apple was working on a slimmer design for its set-top box with an improved and more tactile remote control and redesigned operating system, which is included an App Store.