Apple today announced the launch of its new M1 chip at its “Peek Performance” event: the M1 Ultra. This chip, Apple said, is the last one in the M1 family, which previously included the M1, M1 Pro and M1 Max.

The Ultra is based on two M1 Max dies that use an existing, but apparently dormant, connection on the existing M1 Max chip. This interconnect allows for 2.5TB/s of bandwidth between the two chips. Apple calls this “Ultra Fusion,” because that’s how Apple names things. 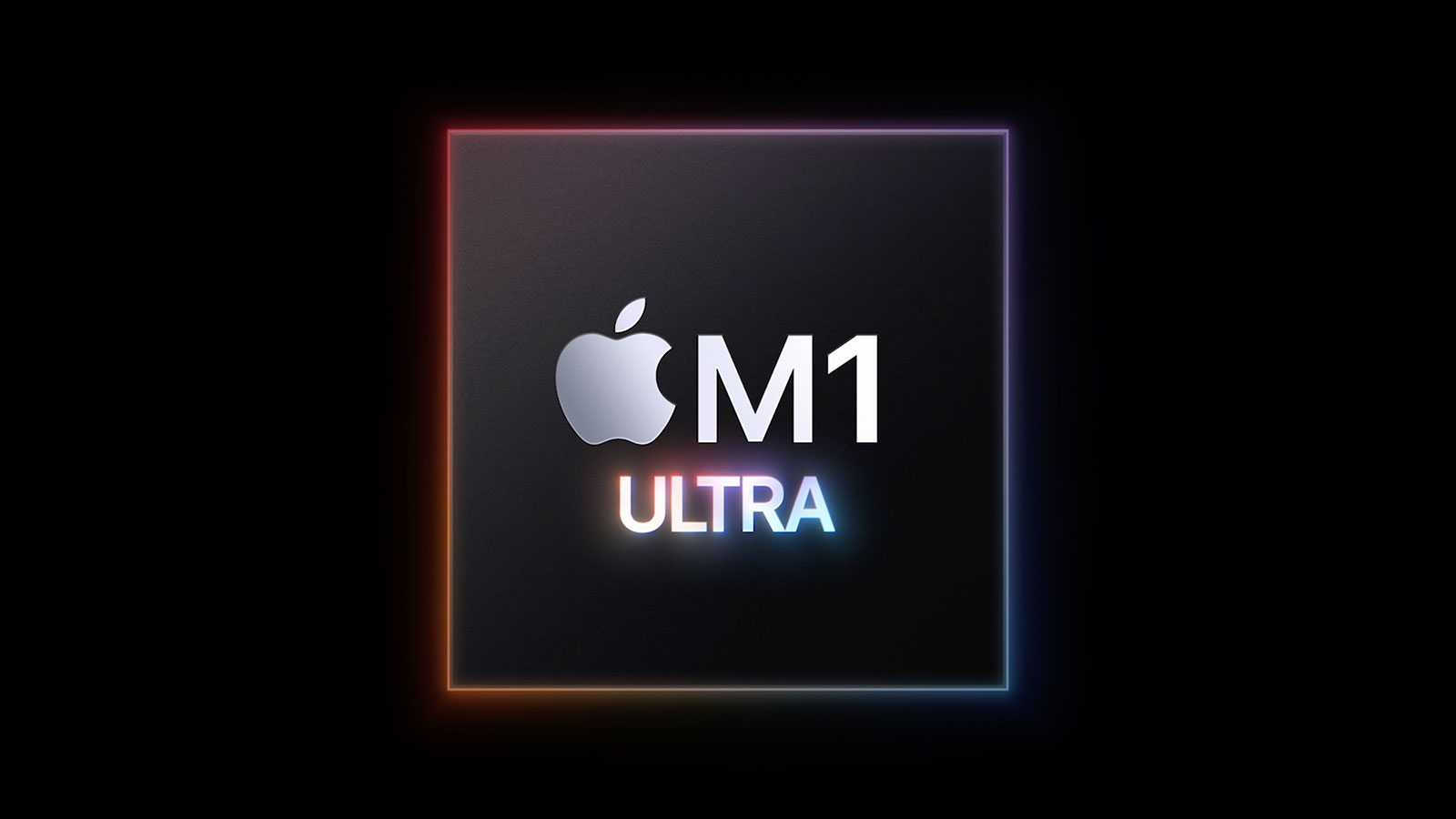 Since it’s two M1 Max chips combined, it’s no surprise the Ultra version features twice as many CPU and GPU cores. That’s 20 CPU cores — 16 high-performance cores and four high-efficiency cores — and 64 GPU cores. The chip can support up to 128GB of unified memory. There’s also a 32-core Neural Engine for machine learning workloads. All of this adds up to 114 billion transistors. 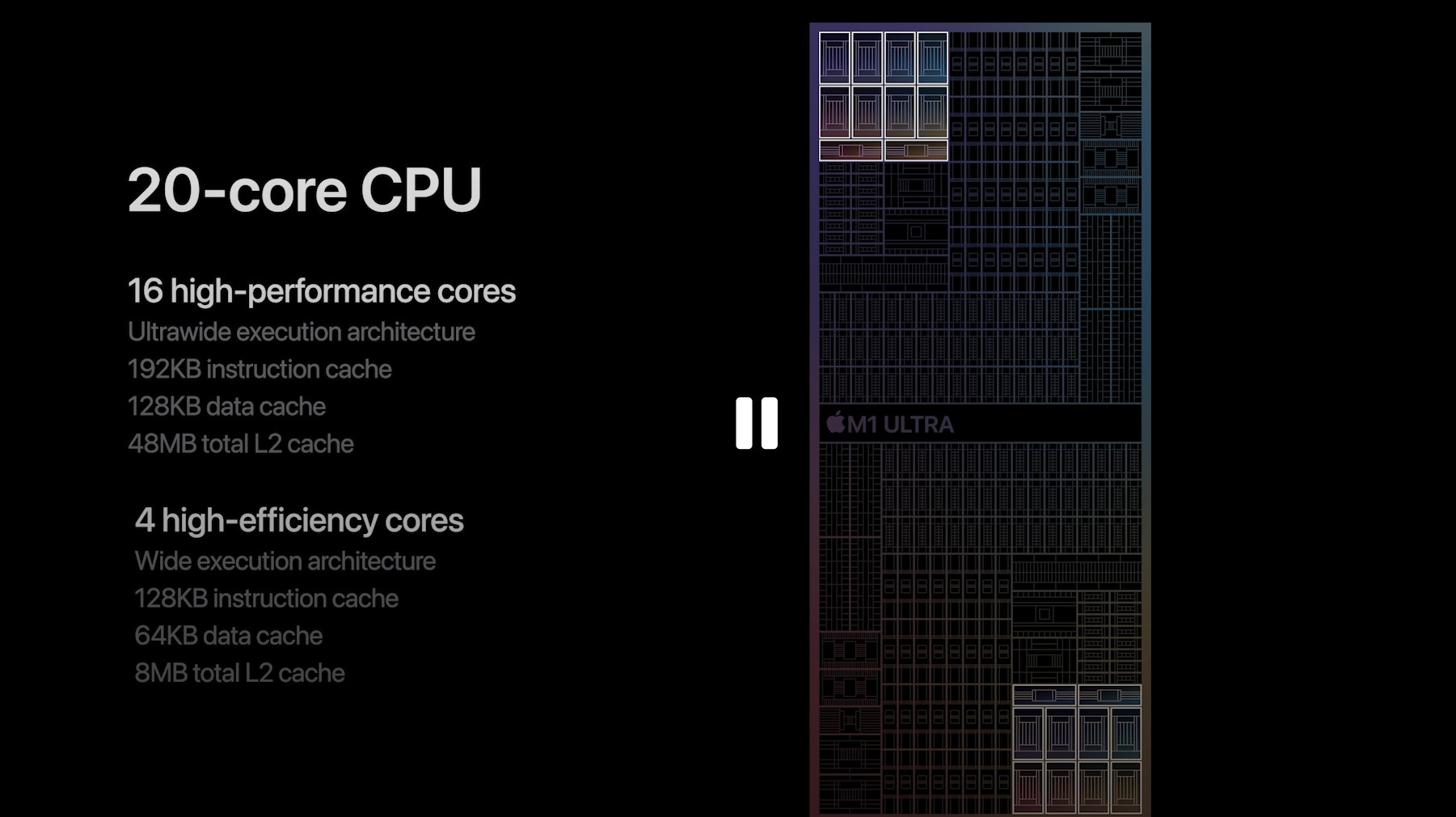 All of this, Apple says, should make the Ultra eight times faster than the M1, while the chip still beats even 10-core desktop chips in CPU performance per watt, both in terms of CPU and GPU. Apple didn’t say which desktop chips it is comparing the M1 Ultra to, though. 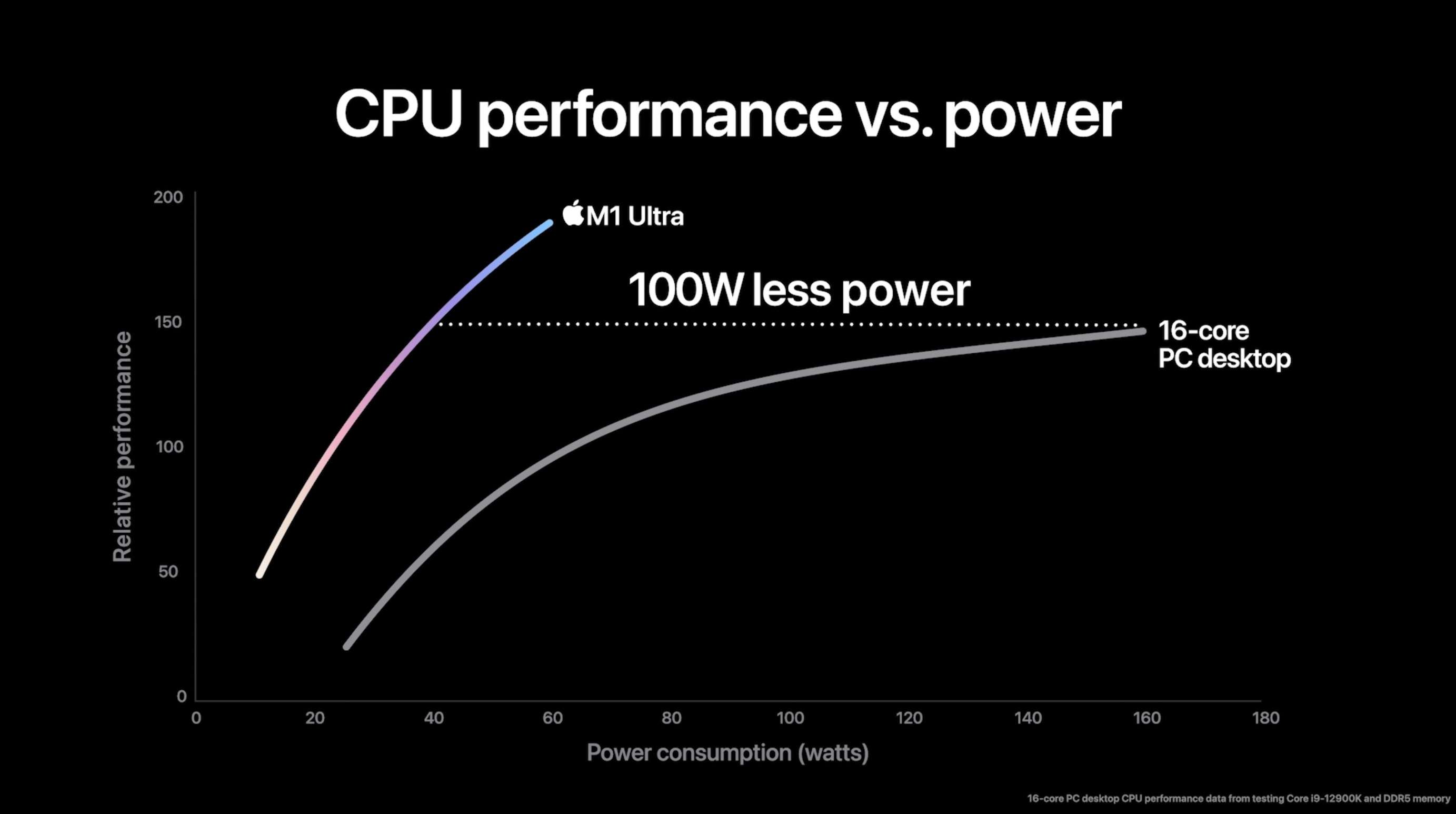 Apple launched the original M1 chip in November 2020, which marked the company’s first steps in moving away from Intel’s chips across its portfolio.

When it launched in 2020, the 8-core M1 made its debut in the Mac mini, Macbook Air and MacBook Pro. Apple then followed this up with the significantly more powerful M1 Pro and M1 Max chips, with up to 10-core CPUs, 32-core GPUs and support for 64GB of unified memory (unlike the original M1, which topped out at 16GB). Those chips made their debut in the 14- and 16-inch MacBook Pros.

The M1 Ultra will make its debut in the new Mac Studio.