As expected, Apple today announced a new chip — though with a name few people expected: the M1 Pro, a more powerful version of the M1 chip, which made its debut last November and has since started to power a variety of Apple devices. Apple promises that the M1 Pro is up to 70% faster than the original M1.

In addition, it also launched the M1 Max, an even more powerful version of the Pro. You can read more about it here.

The M1 Pro is not quite the successor to the M1, but is essentially a more powerful version of the existing chip. Apple CEO Tim Cook called it “the next chip in the M1 family — and it’s a game-changer.” 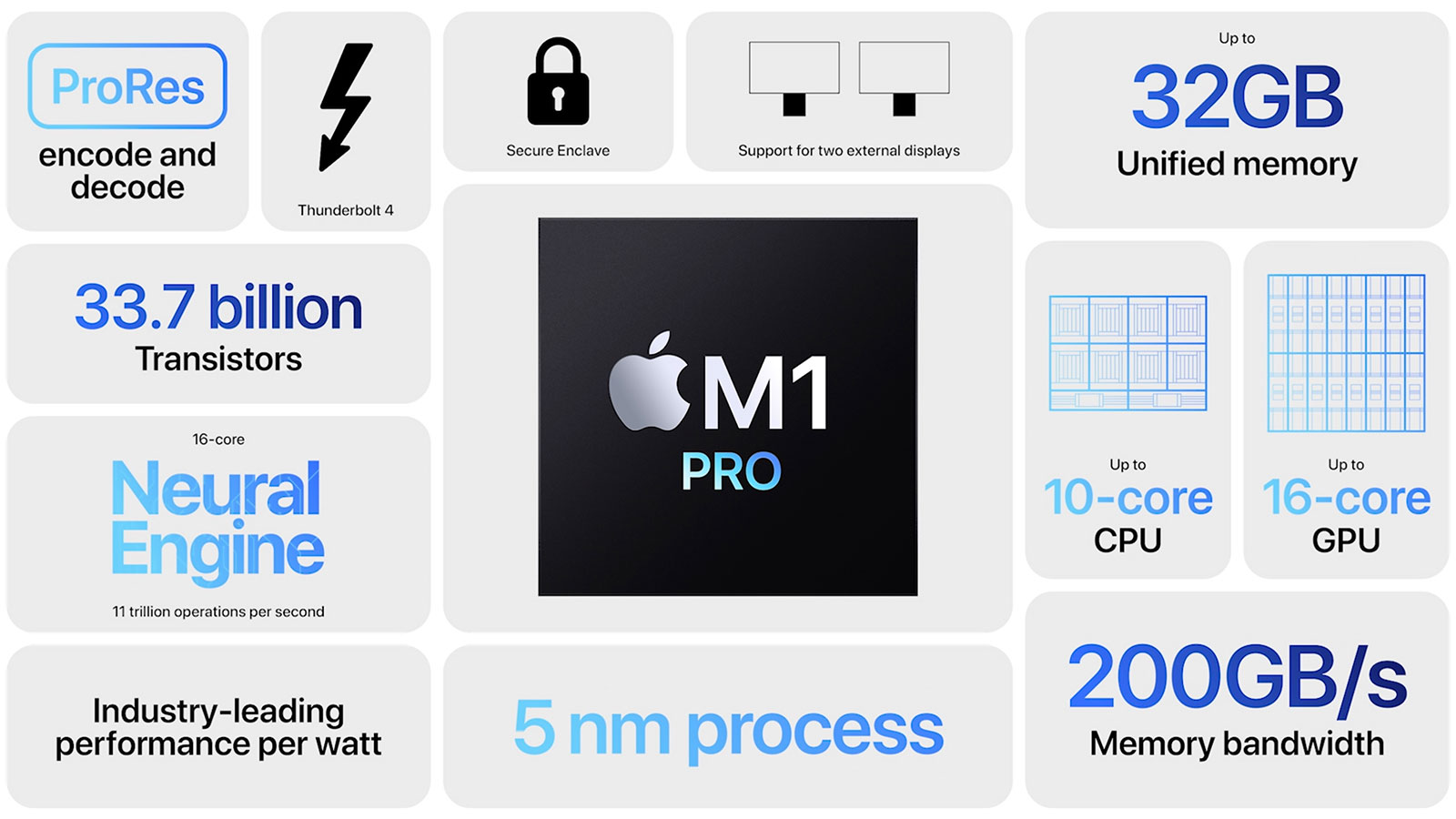 The company says it rearchitected the chip and significantly upped the bandwidth available to the chip to 200 GB/s. It can support up to 32 GB of unified memory (which may be a bit of a disappointment to some pro users).

The 5-nm chip features a total of 10 cores. Eight of those are high-performance cores and two are high-efficiency cores, in addition to 16 GPU cores (up from eight in the original M1). In total, the SoC features 33.7 billion transistors — twice as many as the original M1. The chip, of course, also features Apple’s Neural Engine for AI apps.

The chip is able to support up to two external displays. 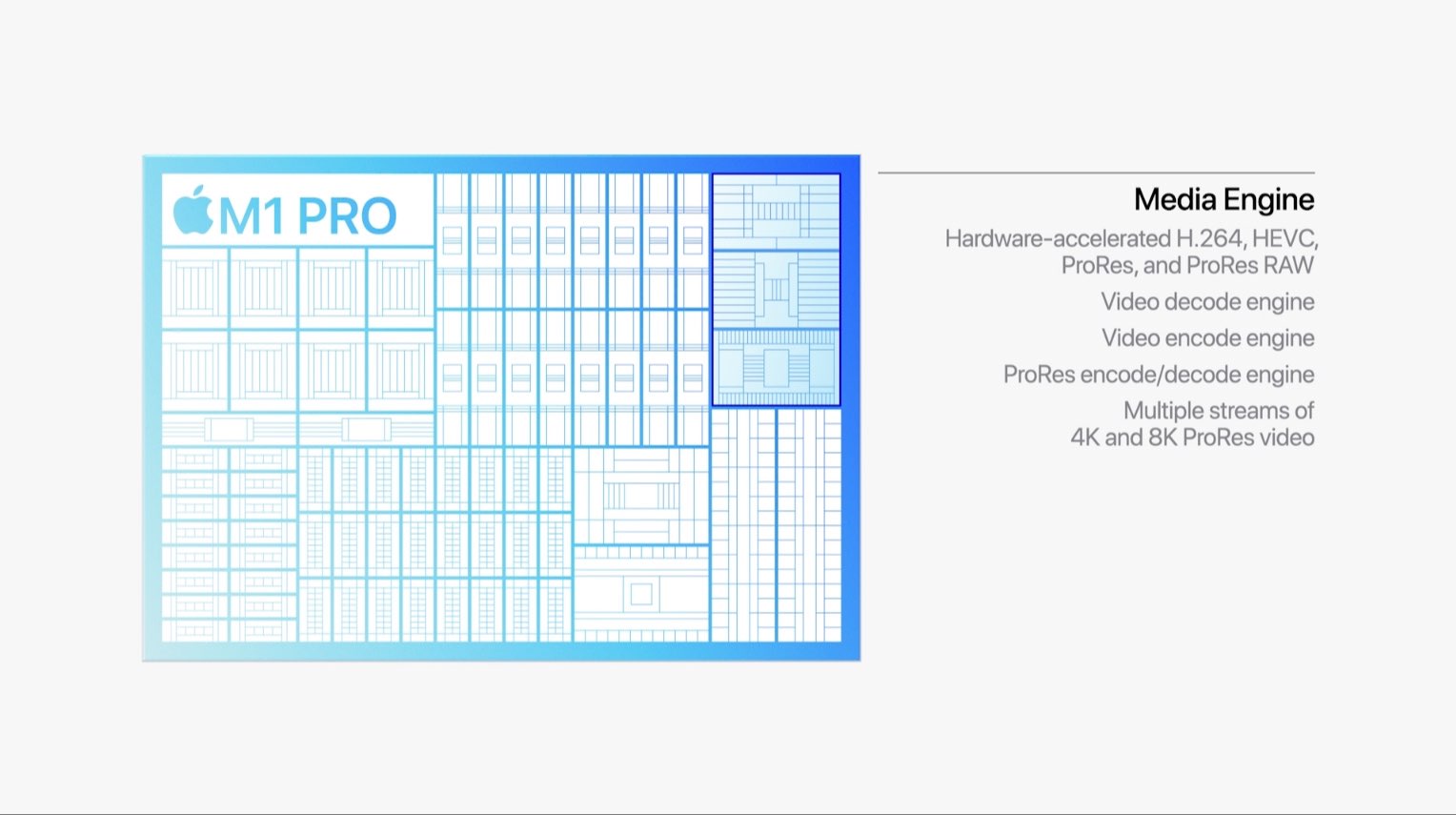