German software giant SAP bought experience management platform Qualtrics for $8 billion days before the unicorn’s IPO, back in November of 2018. But last weekend it decided to spin out the experience management provider to finally go public on its own. The analysts Ron Miller talked to speculated about strategic issues on the SAP side, and concluded this was more of an internal reset combined with the financial gain from a promising offering.

Qualtrics, meanwhile, already put the Utah startup scene on the map for people around the world. Having grown strongly post-acquisition, it is now set up to be the largest IPO in state history. Here’s Alex Wilhelm with more analysis in Extra Crunch:

According to metrics from the Bessemer Cloud Index, cloud companies with growth rates of 35.5% and gross margins of 71.3% are worth around 17.3x in enterprise value compared to their annualized revenue.

Given how close Qualtrics is to that averaged set of metrics (slightly slower growth, slightly better gross margins), the 17.3x number is probably not far from what the company can achieve when it does go public. Doing the sums, $800 million times 17.3 is $13.8 billion, far more than what SAP paid for Qualtrics. (For you wonks out there, it’s doubtful that Qualtrics has much debt, though it will have lots of cash post-IPO; expect the company’s enterprise value to be a little under its future market cap.)

So, the markets are valuing cloud companies so highly today that even after SAP had to pay a huge premium to buy Qualtrics ahead of its public offering, the company is still sharply more valuable today after just two years of growth. 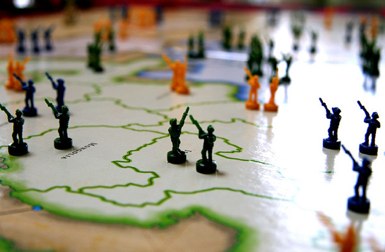 Back to the era of nation-states

The tech industry is getting broken down and reformed by national governments in ways that many of its leaders do not seem to have planned for as part of scaling to the world, whether you consider TikTok’s ever-shrinking global footprint or leading tech CEOs getting called out by Congress. When you skim through the numerous headlines on these topics this week, you’ll see a very clear message in the subtext: Every startup has to think more carefully about its place in the world these days, as a matter of survival.

In antitrust hearing, Zuckerberg admits Facebook has copied its competition

Google’s Sundar Pichai grilled over ‘destroying anonymity on the internet’

After India and US, Japan looks to ban TikTok and other Chinese apps

Report: Microsoft in talks to buy TikTok’s US business from China’s ByteDance

The leading arguments for a Microsoft-TikTok tie-up ;)

And last but not least ominously, for large platforms…

The team at remote-first enterprise startup Seeq put together this montage of some of its remote offices.

This loosely defined subsector of SaaS went from being a somewhat mainstream idea within the startup world last year to being fully mainstream with the wider world due to the pandemic this year. But publicly traded companies have been some of the biggest beneficiaries (see previous item), and the action around earlier-stage startups has been less clear. Lucas Matney and Alex caught up with six investors who have been focused on various parts of the space to get the latest for Extra Crunch. Here’s a pithy description of fundraising trends that companies are experiencing, from Elliott Robinson, a growth-stage investor at Bessemer:

Incredibly competitive. I think one dynamic I’ve seen play out is that the basket of remote-work companies that are really high-performing right now are setting lofty price expectations well ahead of the raise. Many of these companies didn’t plan on raising in Q2/Q3, but with COVID tailwinds, they are choosing to raise at some often sight-unseen-level valuation multiples.

Are prices out of control?

I think it depends on your definition of out of control. The reality is that many of these companies are raising money off cycle from their natural fundraising date for two reasons: One, they are seeing once in a lifetime digital transformation and adoption of remote-work tooling solutions. And, two, so many investors have raised sizable funds during the last nine months that they are leaning into investing in these companies — one of the few segments that will likely continue to see tailwinds as COVID cases continue to rise again in the U.S. Other traditional software value props may face significant headwinds in a uncertain COVID world. Thus, growth equity investors are paying high multiples to get a shot at the category-defining RW app companies.

Haptics in a pandemic-stricken world

Haptics are a great sort of gee-whiz technology, but the practical future of touch-based communication is all over the place — VR devices are suddenly more interesting, touchpads less so. Devon Powers and David Parisi are academics and authors who focus on the space, and they wrote a big guest post for TechCrunch this week that sketched out some of the ups and downs of the decades-old concept. Here’s a key excerpt:

Getting haptics right remains challenging despite more than 30 years’ worth of dedicated research in the field. There is no evidence that COVID is accelerating the development of projects already in the pipeline. The fantasy of virtual touch remains seductive, but striking the golden mean between fidelity, ergonomics and cost will continue to be a challenge that can only be met through a protracted process of marketplace trial-and-error. And while haptics retains immense potential, it isn’t a magic bullet for mending the psychological effects of physical distancing.

Curiously, one promising exception is in the replacement of touchscreens using a combination of hand-tracking and midair haptic holograms, which function as button replacements. This product from Bristol-based company Ultraleap uses an array of speakers to project tangible soundwaves into the air, which provide resistance when pressed on, effectively replicating the feeling of clicking a button.

Ultraleap recently announced that it would partner with the cinema advertising company CEN to equip lobby advertising displays found in movie theaters around the U.S. with touchless haptics aimed at allowing interaction with the screen without the risks of touching one. These displays, according to Ultraleap, “will limit the spread of germs and provide safe and natural interaction with content.”

A recent study carried out by the company found that more than 80% of respondents expressed concerns over touchscreen hygiene, prompting Ultraleap to speculate that we are reaching “the end of the [public] touchscreen era.” Rather than initiate a technological change, the pandemic has provided an opportunity to push ahead on the deployment of existing technology. Touchscreens are no longer sites of naturalistic, creative interaction, but are now spaces of contagion to be avoided. Ultraleap’s version of the future would have us touching air instead of contaminated glass.

Finding the best investors for you: The TC List and Europe surveys

Speaking of investors, TechCrunch has been busy with a few other projects to you find the right ones faster.

First, Danny Crichton has pushed a third update to The TechCrunch List, due to the ongoing flood of recommendations. In his words: “Now using more than 2,600 founder recommendations — more than double our original dataset — we have underscored a number of the existing investors on our list as well as added 116 new investors who have been endorsed by founders as investors willing to cut against the grain and write those critical first checks and lead venture rounds.”

Check it out and filter by location, category and stage to narrow down your pitch list. If you are a founder and haven’t submitted your recommendation yet, please fill out our very brief survey. If you have questions, we put together a Frequently Asked Questions page that describes the qualifications and logistics, some of the logic behind the List and how to get in touch with us.

Second, our editor-at-large Mike Butcher is embarking on a virtual investor survey of European countries, to help Extra Crunch provide a clearer view about what’s happening in the Continent’s startup hubs in the middle of the world going crazy:

TechCrunch is embarking on a major new project to survey the venture capital investors of Europe. Over the next few weeks, we will be “zeroing-in” on Europe’s major cities, from A-Z, Amsterdam to Zurich — and many points in-between. It’s part of a broader series of surveys we’re doing to help founders find the right investors. For example, here is the recent survey of London.

Our survey will capture how each European startup hub is faring, and what changes are being wrought amongst investors by the coronavirus pandemic. We’d like to know how your city’s startup scene is evolving, how the tech sector is being impacted by COVID-19 and, generally, how your thinking will evolve from here. Our survey will only be about investors, and only the contributions of VC investors will be included. The shortlist of questions will require only brief responses, but the more you want to add, the better.

The deadline for entries is the end of next week, August 7th and you can fill it out here.

He also wanted me to let you know that he’ll resume his in-person trips as soon as allowed. (I actually made that up, but he has said as much.)

The TechCrunch Exchange: What’s an IPO to a SPAC?— In case you haven’t checked out Alex’s new weekly email newsletter yet.

Connected audio was a bad choice

Bitcoin bulls are running, as prices spike above $11K

Recruiting for diversity in VC

Six things venture capitalists are looking for in your pitch

Cannabis VC Karan Wadhera on why the industry, which took a hit last year, is now quietly blazing

We had the full team this week: Myself, Danny and Natasha on the mics, with Chris running skipper as always.

Sadly this week we had to kick off with a correction as I am 1) dumb, and, 2) see point one. But after we got past SPAC nuances (shout-out to David Ethridge), we had a full show of good stuff, including:

And that’s Equity for this week. We are back Monday morning early, so make sure you are keeping tabs on our socials. Hugs, talk soon!