This morning Instrumental, a startup that uses vision-powered AI to detect manufacturing anomalies, announced that it has closed a $20 million Series B led by Canaan Partners. The company had previously raised $10.3 million across two rounds, including a $7.5 million Series A in mid-2017.

According to a release, the Series B was participated in by other venture groups, including Series A investors Root Ventures, Eclipse Ventures and First Round Capital, which also led its seed round. Stanford StartX also took part in the new investment. 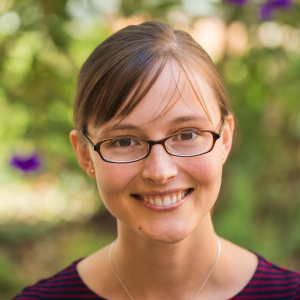 Anna-Katrina Shedletsky, via the company.

Instrumental’s technology is a hybrid of hardware and software, with a focus on the latter.

TechCrunch caught up with the company’s founder and CEO Anna-Katrina Shedletsky to better understand its tech, and its business model. And we asked participating Canaan partner Hrach Simonian about the business metrics and milestones that led him to lead the deal.

Instrumental’s tech is a combination of cameras and code. The startup installs its hardware on manufacturing lines, employing learning software to ferret out anomalies using data from small sample sets. The company’s goal is to help other businesses that build physical products boost yields and save time.

“Our customers identify design, quality, and process issues weeks faster than their competitors and get to mass production with a higher quality product that can be built for significantly less money,” Shedletsky said in an email to TechCrunch.

According to Shedletsky, who previously worked at Apple in design and manufacturing capacities, Instrumental uses commodity hardware. The startup’s software is what matters, allowing its camera units to train with as few as 30 units and simple labeling training. Notably, given the reduced-capacity internet available at many manufacturing facilities in China where the company often works, its hardware can handle on-site data processing to prevent upload/download lag.

It’s not easy to get tech installed onto manufacturing lines, the company told TechCrunch, as it’s easy to get fired for stopping a production run. This can make it hard for companies like Instrumental to get their foot in the door.

Instrumental works around the problem by getting its tech installed on manufacturing lines when they are in pre-production development. If the startup can prove value there, its tech can be rolled out when the lines move from development to production. And, if Instrumental’s tech works with initial lines, it can be scaled across other manufacturing lines that are spun up, something called “replicating lines.”

Instrumental hardware unit, via the company.

The startup has two products: One for manufacturing lines in development, and one for those in production. Unlike enterprise software contracts that are often sold on a yearly cadence, Instrumental’s manufacturing deals can ramp up based on volume through a process that its CEO called “continuous sale.”

The model allows the company to charge more, more quickly than an enterprise software contract waiting for its re-up period to allow for renegotiation, boosting how quickly Instrumental can grow its business,

Flush with $20 million, what does Instrumental have planned? Shedletsky told TechCrunch that her first goal is to expand its business in the electronics space, a part of the manufacturing world where the startup has seen initial customer traction.

To support that effort, Instrumental is building out its go-to-market functionality, and continuing to work on its core technology she said.

After living off its Series A for around twice as long as many venture-backed companies tend to, TechCrunch was curious how quickly Instrumental intends to deploy its larger Series B. According to its CEO, the startup plans on being principled, but not slow. She stressed that she’s working to build a long-term company, and that she wants to create something that is both sustainable, and large.

Lacking hard growth metrics, TechCrunch was curious what attracted Canaan to Instrumental at this juncture. According to Hrach Simonian, a general partner at the firm, “Instrumental’s tools are quickly becoming a business imperative,” something that can be seen in its “renewal rates with big customers” he said, describing them as “extraordinarily high.”

Given that the sheer scale of global electronics is enormous, this gives Instrumental nearly infinite TAM to sell into. Let’s see how quickly the startup can grow.