At today’s House Judiciary Committee hearing, Amazon CEO Jeff Bezos bungled attempts to assuage concerns that the company poaches ideas from its competitors, taking sustained fire from Rep. Pramila Jayapal (D-WA) and others. Faced with testimony from employees that there is “nobody enforcing” policies, resulting in “a candy shop” of seller data, Bezos admitted to what amounts to ignorance or complicity.

Jayapal’s interrogation was one of precious few substantive exchanges in a hearing dominated by tiresome grandstanding and uninformed or irrelevant lines of questions.

Amazon has been dogged for years with well-substantiated allegations that it uses its bird’s-eye position in online retail, much of which passes through its platform, to spot new products and categories and enter them using that inside information — often taking huge losses to undercut the existing players in the market.

Jayapal — who represents the district in which the company is headquartered and has gone head to head with the company numerous times — began by asking straight out whether Amazon does this (wording of questions and answers has only been slightly edited for clarity.):

Jayapal: Does Amazon have access and use third-party seller data when making business decisions?

Bezos: I can’t answer that question yes or no. I can tell you we have a policy against using seller-specific data to aid our private label business but I can’t guarantee you that that policy has never been violated.

Jayapal: You’re probably aware that an April 2020 report in The Wall Street Journal revealed that your company does access data on third-party sellers both by reviewing data on popular individual products and sellers and making tiny categories that allowed your company to categorically access detailed seller information in a supposedly aggregate category do you deny that report?

Bezos: I’m familiar with The Wall Street Journal article you’re talking about. We continue to look into that very carefully, I’m not yet satisfied we’ve gotten to the bottom of it. It’s not as easy to do it as you think because some of the sources in the article are anonymous.

Jayapal: I’ll take that as a you’re not denying that.

“It’s a candy shop, everyone can have access to anything they want.”

Her next move was a damning quote from a former employee that Bezos seemed at a loss to counter.

Jayapal: A former Amazon employee told this committee, quote, “there’s a rule but there’s nobody enforcing or spot checking. They just say don’t help yourself to the data. It’s a candy shop, everyone can have access to anything they want.” Do category managers have access to non-public data about third-party products and businesses?

Bezos: Uh, here’s what I can tell you. We do have certain safeguards in place. We train people on the policy, we expect people to follow that policy the same we would with any others. It’s a voluntary policy [in that having such a policy is voluntary, not that it is voluntary to follow that policy, he clarified]. If we found that someone violated it, we would take action against them.

Jayapal: Well, there’s numerous reports and the committee has conducted interviews with former employees that confirm that there are employees that do have access to that data and are using it. If you thought you were actually enforcing these rules, do you think that that’s working? There’s credible reporting that has documented breaches of these rules you’ve put into place, and this committee has interviewed employees that say that these breaches typically occur. 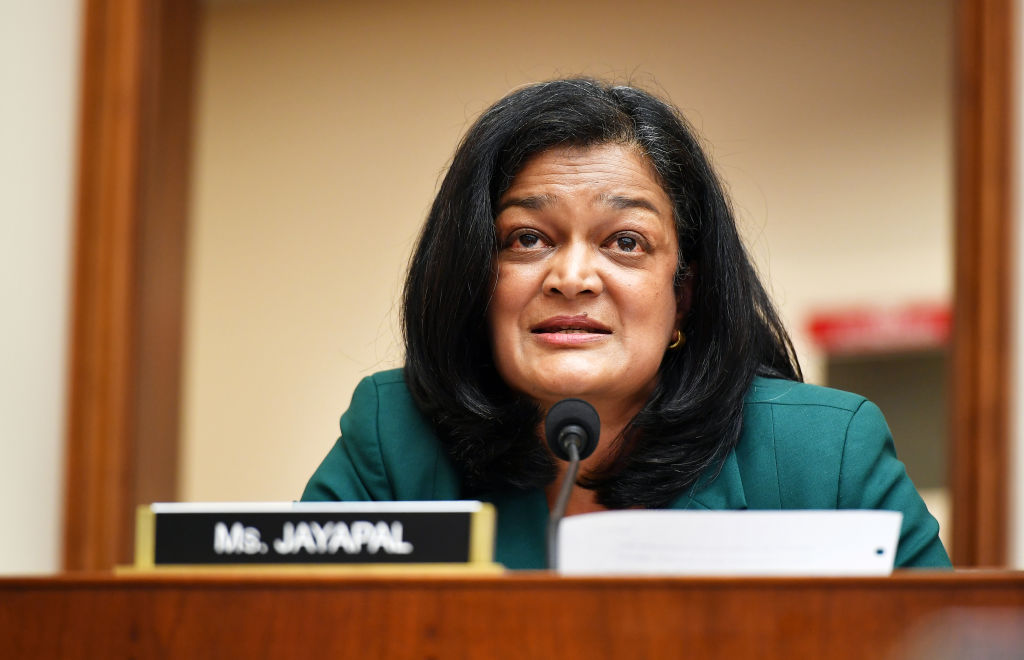 After confirming that “aggregate” data could be on as little as a single seller under Amazon’s policy, she then began a lengthy presentation of why this was obviously a serious concern for competition:

Jayapal: Interviews with former employees have made it clear that that aggregate data essentially allows access to highly detailed data in those product categories — there’s the example of Fortem, a small business that had no direct competitors, except for Amazon Warehouse Deals, a resale clearance account that only sold 17 units. An Amazon employee accessed a detailed sales report on Fortem’s product with information on how much the company spent on advertising per unit and the cost to ship each trunk. And then Amazon launched its own competing products in October 2019. That’s a major loophole. And I go back to the general counsel’s statement to this committee very clearly that there was no access to this data, that Amazon does not use that data for its own benefit. And I’m now hearing you say, well you’re not so sure that’s going on.

…You have access to the entirety of sellers pricing and inventory information, past, present and future, and you dictate the participation of third-party sellers on your platform. So you can set the rules of the game for your competitors but not actually follow those rules yourself. Do you think that’s fair to the mom and pop third-party businesses that are trying to sell on your platform?

Bezos: I appreciate that question and I like it a lot, because I really wanted a chance to address that. I’m very proud of what we’ve done for third-party sellers on this platform…

Sensing Bezos was bloviating and/or playing for time, Jayapal cut him off to make her final point:

Jayapal: So you might allow third-party sellers onto your platform, but if you’re continuously monitoring the data to make sure that they’re never gonna get big enough that they can compete with you, that is actually the concern that the committee has. The whole goal of this committee’s work is to make sure there are more Amazons, more Apples, more companies that get to innovate and small businesses that get to thrive. That is why we need to regulate these marketplaces, so that no company has a platform so dominant that it is essentially a monopoly.

“Mr. Bezos, did you personally sign off on the plan to raise prices after Amazon eliminated its competition?” “I don’t remember that at all.”

Scanlon: The price war against Diapers.com worked, and within a few months it was struggling, and so Amazon bought it. After buying your leading competitor here, Amazon cut promotions like Amazon.mom and the steep discounts it used to lure customers away from Diapers.com, and then increase the prices of diapers for new moms and dads. Mr. Bezos, did you personally sign off on the plan to raise prices after Amazon eliminated its competition?

Bezos: I don’t remember that at all. What I remember is that we matched competitors’ prices and I believe we followed diapers.com. This was 11 years ago so you’re asking a lot of my memory.

Then the Chairman, Rep. David Cicilline (D-RI), took the opportunity to get some more direct answers on Rep. Jayapal’s line of questions. 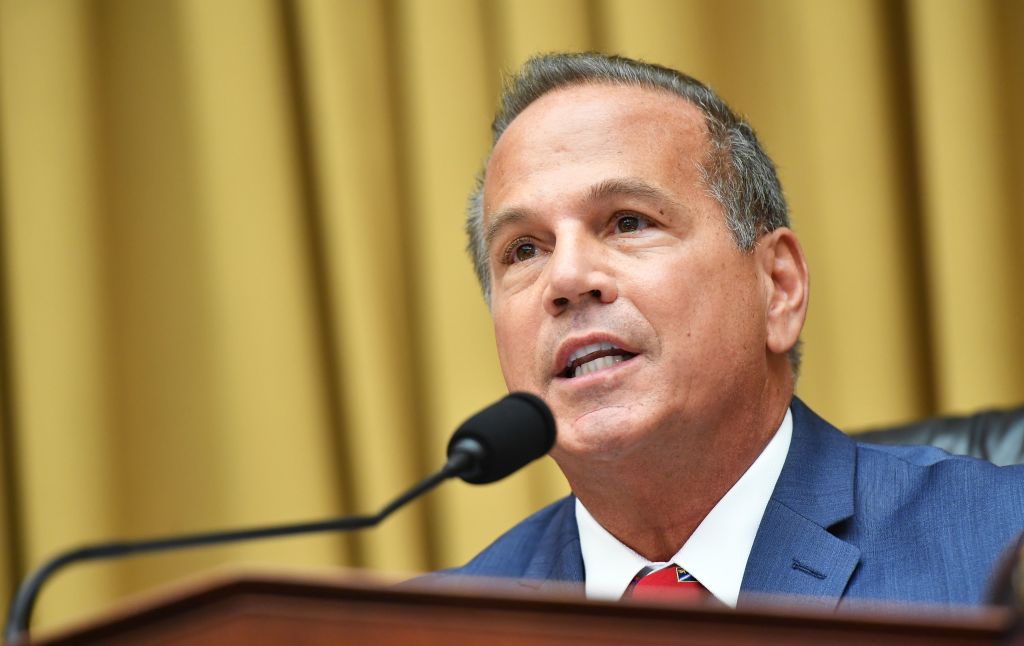 Cicilline: Isn’t it an inherent conflict of interest for Amazon to produce and sell products on its platform that compete directly with third-party sellers, particularly when you, Amazon, set the rules of the game?

Bezos: Thank you… no, I don’t believe it is. We have… the consumer is ultimately the one making the decisions about what to buy, what price to buy it at, who to buy it from.

Cicilline: That’s not the question, Mr. Bezos. The question is is there an inherent conflict of interest. …You said you can’t guarantee that the policy of not sharing third-party sellers data with Amazon’s own line hasn’t been violated, you can’t be certain. Can you please explain that to me? Can you list examples of when that policy has been violated? Shouldn’t third parties know for sure that data isn’t being shared with your own line of competitors?

Bezos: What I think is important to understand is we have a policy against using the individual seller data to compete with our private label products.

Bezos: Well, I mean, we are investigating that. I do not want to go beyond what I know right now, but we are as a result of that Wall Street Journal article, we are looking at that very carefully.

The Committee’s questioning of Google’s Sundar Pichai, Facebook’s Mark Zuckerberg and Apple’s Tim Cook was nowhere near this level, but the Amazon portions were effective — if only to see one of the world’s richest and most powerful people stumbling over his words, unable or unwilling to answer basic questions. Bezos has little experience with these hearings, and it showed — no doubt this has been as informative for him as it has been for Congress.