Farwell, cashier jobs. Following the launch of Amazon’s cashless, cashier-free Amazon Go convenience store in Seattle, a startup called AiFi is emerging from stealth today to announce the availability of its own checkout-free solution for retailers. But unlike Amazon Go, AiFi claims its A.I., sensor and camera network-based system can scale from a small mom-and-pop all the way up to a big retailer with tens of thousands of square feet and a hundred thousand products.

Based in Santa Clara, AiFi was founded in January 2016 by Steve Gu and Ying Zheng, a married couple whose previous experience includes time spent at both Google and Apple.

Gu, a PhD in computer science from Duke, worked on 3D Touch and Force Touch technologies while at Apple. He later went to Google X where he developed technologies for Google Glass.

Zheng, also a PhD in computer science from Duke, first worked at Google Research, then later went to Apple, where she was a senior research scientist.

AiFi’s 25-person team is rounded out by other engineers with backgrounds in computer science, computer vision, and deep learning.

“As the name suggests, we believe A.I. should be as widely available as Wi-Fi,” says Gu. While there are a number of applications for A.I. technology, AiFi is focusing on large-scale retail, so stores in the future – besides those from Amazon – can become checkout-free. “That’s basically a testament to how good A.I. has become,” he says of the technology. 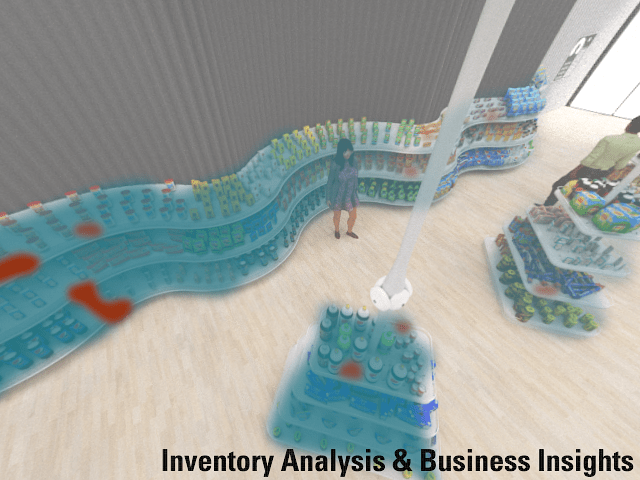 Similar to Amazon, AiFi’s system involves cameras, sensors and A.I. technology to identify what shoppers grab from the store’s shelves. Also like Amazon’s Go store, shoppers will have to use a companion smartphone app, where their payment information is stored. However, Gu says AiFi is designed to scale – it can support tracking up to 500 people, and tens of thousands of SKU item numbers.

Later this year, the company will launch a demo store in the San Francisco Bay area, as well as a pilot store with a larger grocer in New York to prove out these claims.

In addition to monitoring the products – AiFi monitors the people, too.

That is, it can track shoppers’ behavior in the store, including things like if they’re shopping in groups, what items they’re picking up and putting back, their gait, their body poses, where they go in the store, and even identify if they’re doing something abnormal, like shoplifting. 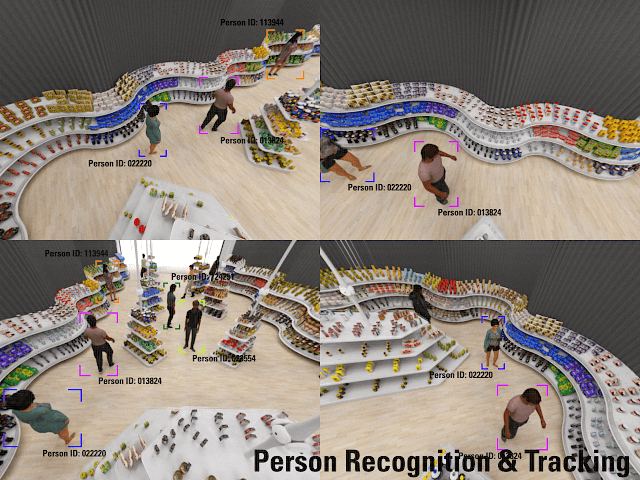 The system today is designed to use a combination of technologies, including facial recognition, to identify shoppers during their session, but in the future this could be connected to their past sales history to make personalized recommendations. (Minority Report, anyone?)

For the privacy-minded, that’s a bit concerning – shopping offline was one of the last frontiers where you could walk in a store, pay cash, and leave little in terms of a digital trail. Sure if you stole something, someone might review the camera footage – but beyond that, you’re anonymous. The store of the future – if Amazon Go and startups like AiFi succeed – won’t allow for that level of privacy anymore.

The only thing stopping AiFi from rolling out its technology more broadly right now is cost.

Gu admits that it can be expensive to get the system up-and-running, but he’s betting on Moore’s Law to bring down the costs associated with processing power in the months ahead. “The whole camera module might cost below a hundred bucks by early next year,” he estimates. “The nice thing about A.I. in general is that it doesn’t require a fancy lens or fancy hardware components in general,” Gu adds. 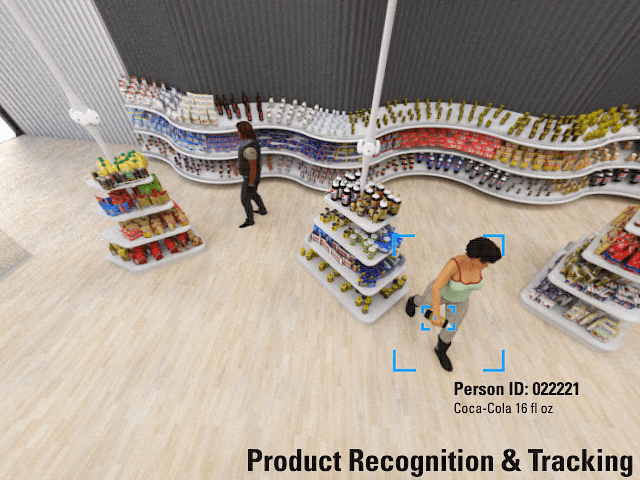 In addition, AiFi’s business model won’t be based on the hardware, but a subscription fee associated with continuing usage of the system. The company may also move into payments in the future, too, instead of integrating its checkout with third-party processors.

There’s obviously at least some consumer interest in this sort of technology. There were lines out the door to test Amazon Go’s cashier-less store when it opened, even though the goal was to eliminate line-waiting in general.

“More than 90% of last year’s retail sales came from physical stores yet Americans spent at least 37 billion hours waiting in line, which is considered the top frustration among shoppers,” Gu says.

The question is are we all truly so frustrated that we’re willing to give up our privacy in exchange for non-stop surveillance facilitating a slightly quicker exit?

Are we so annoyed with the minute or two we stand in line, that we’re willing to let technology to take over yet another human job role?

And does the value of human contact in the form of these everyday transactions – whether it’s the cashier, the barista, the clothing store clerk, the lunch chef,  or the delivery person – ever get factored into these equations at all?

Gu argues, as do many in the tech sector, that A.I. can free up human labor from having to do the repetitive tasks to focus on things that require more “human creativity” – an area A.I. hasn’t quite mastered.

“I believe the tedious part of the job should be replaced by A.I. and machines because it makes everything more efficient. It’s better for the stores and it’s better for the customers,” he explains. “We also free the human labor to do something that’s emotionally more engaging or more creative – something that human beings are truly good at, and machines are not yet.”

“Whenever there’s an industry revolution, you see people complain about job loss. But what always happens is that we create more jobs and more opportunities for the public,” Gu adds.

But perhaps that’s an easier sentiment for someone whose future job possibilities are never in question. For someone whose qualifications and education limit them to entry-level work like flipping burgers, making coffee, or bagging groceries, it’s probably a bit disconcerting to realize to how rapidly the tech industry is working to develop their replacement – a replacement that will never take a sick day or vacation, won’t have kids or need to attend to them; and one that doesn’t require costly health insurance or any other company benefit.

After all, it’s not that likely that retailers are looking to A.I. to “free up” cashiers for more creative work; they’re looking to swap out people for tech to boost their bottom line in the long run.