Facebook never wants you to leave, so it’s swallowing up where you might try to go. A few years back, its News Feed brimmed with links to content hosted elsewhere. News articles, YouTube clips, business websites, ads for ecommerce stores.

But Facebook has decided the world outside its walled garden is full of friction. And friction isn’t The Hacker Way.

In the wild, you’re forced to endure load times, extra clicks, and heaven forbid, typing. Each link out is an opportunity to disconnect, thwarting Facebook’s mission as well as its business model. 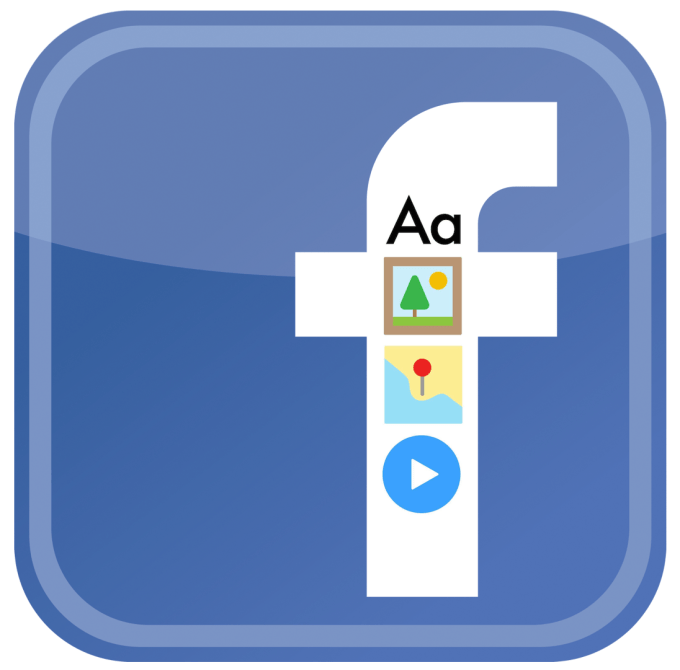 So it began a quest to eliminate any reason you’d have to stray from its friendly blue box. All content or experiences worth caring about, or at least worth money, are pulled inside so they’re at your fingertips.

It might sound a bit foreboding, but at least for now, the plan could be good for publishers, merchants, and even you. Long-term, though, it builds Facebook’s leverage over us all. We let it hold our biographies, but now it wants our behavior too.

Cleaning Up The Messy Internet

The gears started churning in 2007 when Facebook introduced Pages. The team that built the product saw business’ websites as messy, inconsistent silos. Each displayed critical information differently, from what a company did to its contact details. Besides, the party was on Facebook with your friends. Didn’t businesses want to come inside the party rather than be stuck across Main Street? 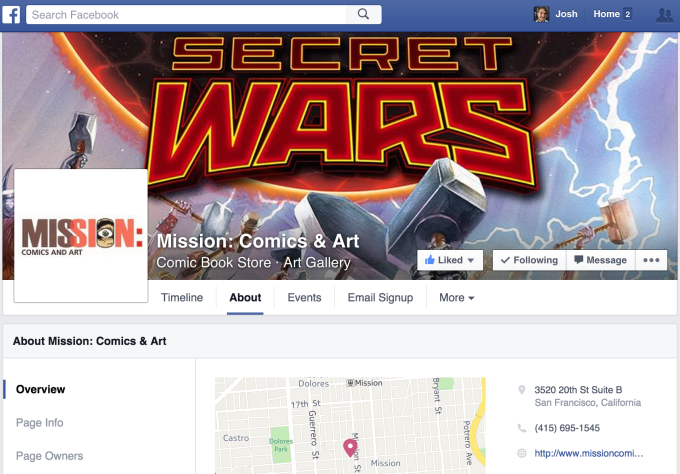 Pages gave businesses representation within Facebook’s walled garden. They were tidy, all looking almost identical save for a profile picture and some posts. Users knew just where to find what they were looking for. No need to Google. With time, Facebook added cover photos, Timeline, maps, reviews, open hours, messaging channels, and more to help Pages supersede websites. 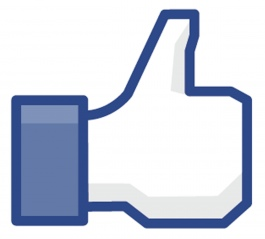 The benefit to Facebook was two-fold. Fewer reasons to leave, more reasons to stay. Pages became a huge source of content for Facebook. Legions of community managers around the world spent time crafting status updates, photos, and links to maximize their utility and entertainment value in the stream.

This made Facebook a destination. No need to circle past Nike.com to see its latest shoes, a band’s website for tour dates, or a news outlet for articles. Why traipse around the Internet when the News Feed aggregates the best of it in one endlessly scrollable feed?

The problem was that much of what was shared to News Feed was just previews of and links to the outside Internet. When a user clicked away, they might not come back. So Facebook moved down the stack, from subsuming the authors to subsuming their content.

You don’t see as many YouTube videos on Facebook these days. Once, the in-line playable embeds were a staple of the feed. It’s how videos went viral. But these too were full of friction. You had to *gasp* click before they’d start playing. When they were done, they goaded you to watch more non-Facebook content. And in what surely irked the social network, YouTube videos would display Google’s ads on Facebook’s turf. 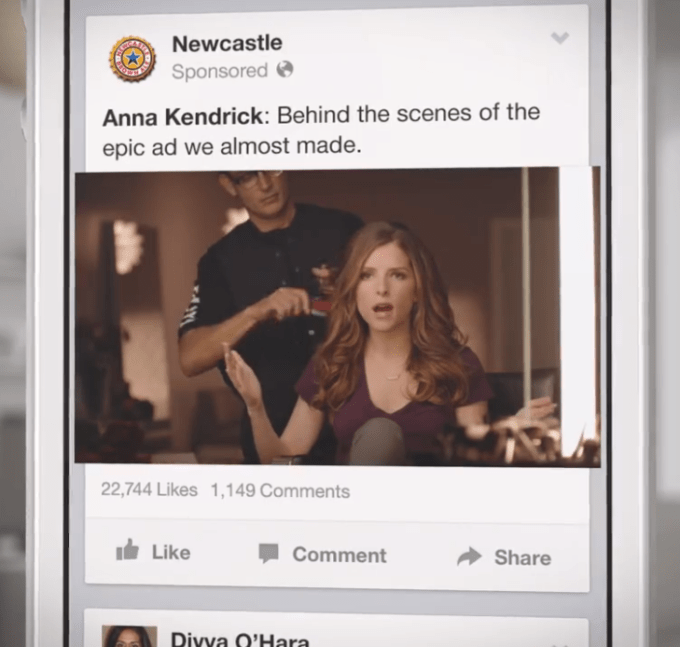 So Facebook devised auto-play videos. You upload your clip straight to Facebook, rather than posting a link. When viewers scroll by, they play automatically with no pre-roll ads or pop-overs. They are clean. They are efficient. And people watched the hell out of them.

Akin to the moving pictures in Harry Potter’s newspapers, auto-play videos launched in December 2013. Once they picked up steam, views grew 50% between May and July 2014. In September, Facebook hit 1 billion video views per day. By January, it was 3 billion. Over 4 billion now. That sure made it easy to slide in some video ads amongst all the organic clips.

Facebook had the proof it needed. People wanted it to absorb the Internet. 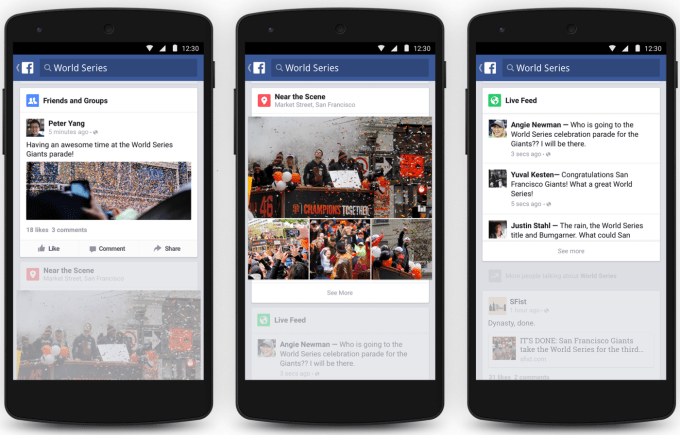 Why click around the web trying to string together news stories on a big subject? Just check out Facebook’s Trends pages, full of reader reactions and posts by the people involved.

Why deal with email when you can Facebook Message? The new Messenger For Business program will let you get ecommerce purchase receipts and pester customer support through Facebook chat.

Other apps? Facebook’s got apps just like them. Snapchat? Try Poke. Or Slingshot. Or Riff. Or Bolt. Yelp? Facebook Nearby Places. Foursquare? Nearby Friends. Forums? Rooms.

Bored? Why look outwards when you can look backwards. Facebook’s TimeHop clone On This Day surfaces your years-old status updates and nostalgic photos. 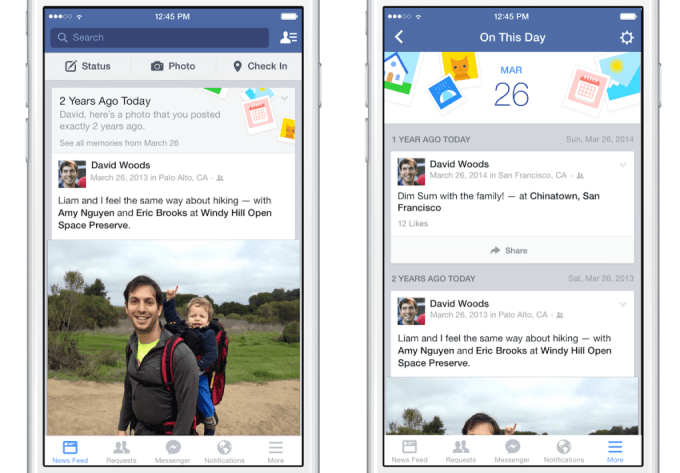 Facebook might be unbundling itself, but it’s doing that by assimilating anything that shows potential beyond its kingdom.

The Ad Is The Store

Shopping included. Even if businesses pay Facebook for clicks, it doesn’t want them luring people outside. Traditionally, ecommerce ads escort people to a web storefront where they must punch in their payment and shipping details by hand. That’s so annoying, especially on mobile, that many people abandon their shopping carts before plunking down their money.

So Facebook kindly offered up the Buy button. See an ad for a product you want in the News Feed, tap Buy, your payment info is auto-filled from what Facebook has on file, and boom, you bought without blinking. No time to rethink that impulse purchase.

Now Facebook’s new product ads can show you a slew of things you might desire. Going to a big ecommerce website, you could browse endlessly without finding what you want. But with so much of your personal information, interests, web history, and offline purchase data, Facebook’s ads could tell you what to buy better than you could figure it out yourself. 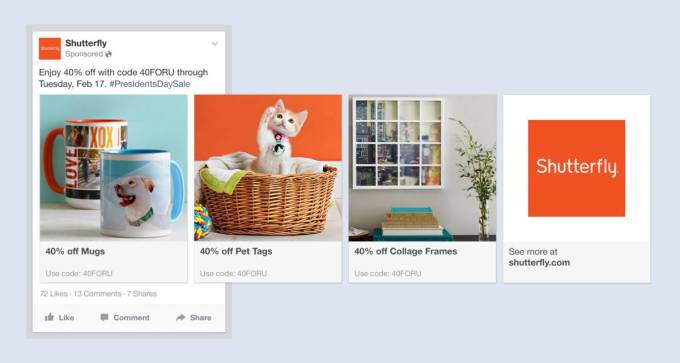 Perhaps the only place Facebook is cool with you leaving for is the App Store. App install ads are its cash cow, driving a big chunk of the $2.4 billion on mobile ads it made last quarter. But even here, Facebook has tried pop-up App Store windows in-hopes of letting you download without departing.

News, The Last Thing To “Optimize”

“We have gone through and optimized and sped up all the core experiences of using Facebook: loading News Feed, loading photos, loading videos” Facebook product manager Michael Reckhow told me yesterday. “The last thing that takes a long time to load in your News Feed is articles.”

In that sense, Instant Articles is the culmination of Facebook’s quest to absorb the Internet.

The product lets Facebook host the articles of news publishers so they show up immediately on mobile when tapped, rather than forcing you to wait eight seconds for an external webpage to load. Within the articles, rich media tools let outlets add audio captions and zoomable videos that Facebook’s powerful native app can support, but that would never work on clunky mobile browsers. Publishers keep the revenue if they sell the ads that appear within Instant Articles, while Facebook keeps 30% if it sells the ads.

It’s a power play afforded by Facebook dominating referral traffic. Some sites get more from Facebook than Google, while Twitter’s contribution is tiny by comparison. After years of suckling on the News Feed teat, publishers have grown dependent on Facebook. But competition for space in the News Feed is growing faster than how much attention readers pay to it. That’s causing a natural decline in the reach of Facebook Pages on the News Feed, which threatens their referral traffic.

So when Facebook said “jump”, publishers like The New York Times and BuzzFeed said “how far inside?”. 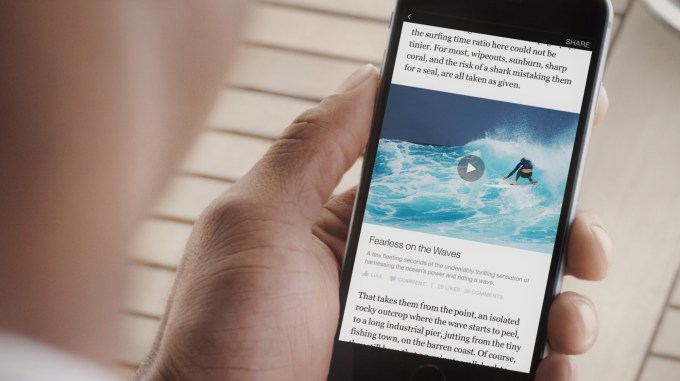 Facebook doesn’t need any individual publisher, but they all need the social network. With way more content than its algorithm can stuff into people’s feeds, supply is high, and Facebook controls the demand. If it’s willing to give publishers a way to stand out in the feed and get more traffic, they’re willing to try it rather than risk being left outside the garden walls. 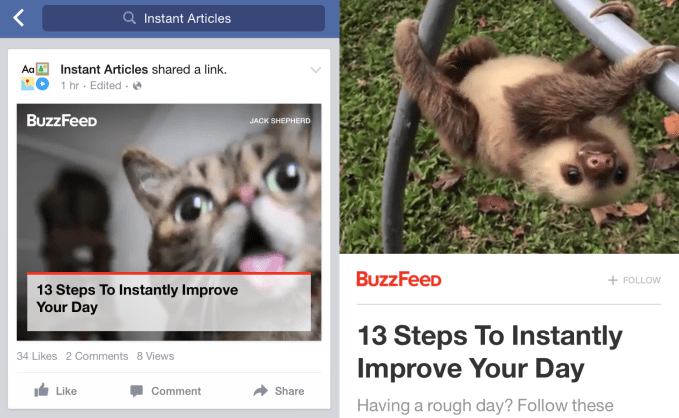 There are sacrifices. Recirculation promos for a publisher’s other articles don’t fit well in the minimalist Instant Article format. Even worse, they can’t form as strong of a relationship with casual readers they hope might become frequent visitors or even paying subscribers.

By hosting the content, Facebook scores those recirculations. Finish reading an Instant Article and you’re still in Facebook, ready to read another. And it’s Facebook that forges a tighter bond with its users, becoming more and more integral to how they educate and entertain themselves. That heavy use translates into barrels of ad views. 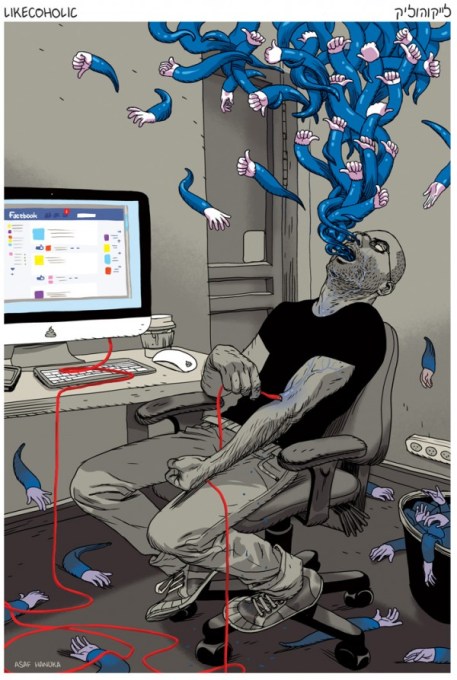 Which is where this whole “absorb the Internet” strategy comes back around for Facebook’s mission and business. It’s built one of the best ways to print money on the web in the form of its native News Feed ads. They look just like posts by your favorite friends and Pages, but sell apps and clothes and everything you can imagine.

The News Feed ads work so well Facebook doesn’t have to worry about monetizing much else. It can focus on eradicating friction to benefit 1.44 billion people. Facebook even supports massive international semi-philanthropic efforts. Internet.org, its Internet access initiative for the billions around the world without it, is developing satellites and drones that beam data to rural areas. It works with local operators who subsidize free access to basic Internet services like health tips, civic information…oh, and Facebook. By figuratively becoming the Internet in the first-world, Facebook can invest in literally becoming the Internet.

Much of its absorption strategy may further indebt businesses and publishers to Facebook. It could also weaken the open Internet, as Search Engine Land’s Danny Sullivan points out. Facebook hosting content reduces the urgency of improving outdated mobile browser standards, and could give Facebook’s big partners that buy lots of ads early access to information plumbing.

Still, a lot of what Facebook’s doing makes life easier for users, which is always how Facebook rationalizes controversial decisions. Becoming more open and connected through Messenger and Groups — products with over 500 million users each — remains totally free.

It just has to get you to use any part of Facebook more. And the best way to do that is to make you require the outside Internet less.