After your laundry has been pressed and folded for you. After you’ve been driven to and fro in black cars, and flown in black jets. After you shopped online for weekends on end.

After you’ve bought another tablet and another phone and a new computer and that thing that’s still in beta.

Will you have any free time to build something for the rest of us?

It’s just so great that a small percentage of people believe that the toughest challenge we face today is that we haven’t figured out how to effectively share our iPhone photos (we have: it’s called email), or we can’t seem to find new art to hang on the walls of our beautiful houses.

But far outside the Valley, there are families who are buying their first computer, and it’s a smartphone. And they didn’t wait in line for it. They walked in the store and got the cheapest one that “has the Internet” and “lets you do email” and “has a few games.”

They walked in the store and got the cheapest one that “has the Internet” and “lets you do email” and “has a few games.”

Some of these are the same people who are trying not to lose their homes, or who are working two or more jobs. They are planning grocery and clothing budgets and fretting over how to pay for bills and college educations. They’re paying off credit cards and student loans. They’re clipping coupons and deal hunting. While technology is no longer inaccessible and unfathomable to them the way it was in the IT-controlled era, it’s also not seen as the answer to every problem.

Mainly because they have problems that technology is still failing to solve.

Do you know what it’s like to apply for jobs right now, for example? It’s a nightmare. You browse through a decent-enough aggregator like Indeed.com, sign up for alerts and save the ones you like. But when you click through to apply, each company’s website has its own complex system requiring manual entry of everything you already have detailed on your resume and cover letter. Sometimes you can upload your resume and it can import some of the times, places and job titles — which it inevitably gets wrong. Other times you click “Next” over and over to correct mistakes, such as the previously unmet password requirements, or selecting the response you had missed from one of the dozens of drop-down boxes, or putting a date or your phone number in their preferred format.

And then, when you finally get through, you’ll find that you’re only one page in out of a 10-page job application process. What hell! As if this is the only company where you’re trying to find work, and not one of a hundred you’ll probably apply to over the next few weeks. (Really, just because Apply with LinkedIn exists doesn’t mean everyone is using it — or even that, eventually, everyone will.)

And hey, did you know that you can actually walk into grocery stores and walk out with free food, but the only people documenting what’s basically a hackable loophole in the couponing system is an assortment of mommy bloggers who have the free time needed to sit at home and clip, print and stack and match coupons? I mean, that seems like something more people would get into if it weren’t so labor-intensive.

Oh, and do you know how tough it is to truly evaluate nearby schools, caregivers, extracurriculars and activities, because it’s all Yelp reviews and flawed rating systems and word-of-mouth? (Nah, probably not — because your Yelp reviews are to die for, aren’t they?)

And did you know that some of those debt-consolidation companies are actually trying to scam people?

Do you have any idea how much gas costs today? I’m thousands of miles from Silicon Valley, and know people who have lost their homes, and who are working two jobs that barely total the income of their previous one. I also know what it’s like to live on a fixed income, where a subscription-based anything is considered luxury.

These aren’t just the working poor, or the homeless guy you step over until he can help you test your new iPhone app beta. They’re regular people. Friends, family, neighbors, employees, colleagues. (Maybe they can’t afford the rent where you live, so you haven’t met them yet?) Some are college graduates with years of experience. Some have industry-specific skills instead. Some are trying to balance raising children and working from home. You can call them the normals if you want, but they’re really just people who are living lives accompanied by technology rather than obsessed by it. And they’ll care when you build something that matters to them.

Another ex-Googler/Facebooker/Appler/Yahooer-backed mobile photo-sharing application is probably not that something.

Why build a better way to apply for jobs for the un-LinkedIn? Why worry about how people can get out of debt more quickly, or figure out their student loans? Why solve boring problems like helping companies provide better health insurance for employees? Or helping people find good schools or good doctors? Or help to crowdsource saving for a child’s future? Or help people’s families back home eat? Why worry yourselves with the exorbitant cost of mobile data? Or providing a home for the bullied and sad and scared to find support? Why build cars that don’t crash? Or even work on something harder like launching ships into space or saving lives through data mining?

It would be so much cooler to build the next Facetasnapchatwittergram. After all, you might make a billion dollars anyway just by repurposing the same old social friending/following model for a particular niche (Facebook for X) or iterating on the feature set (but the photos disappear!). 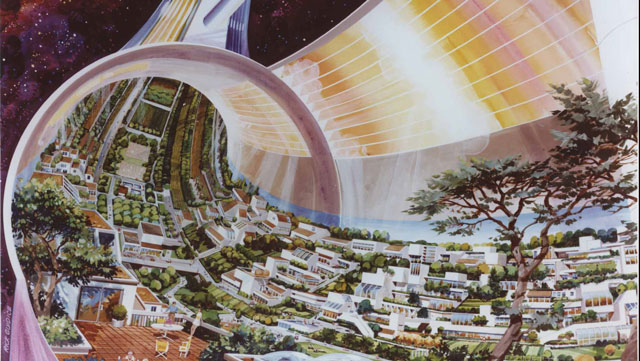 Look, it’s not that everyone has to solve the everyman or everywoman’s problem or, god forbid, change the world. It’s just that some of you can and you choose not to.

Plain vanilla tastes fine, and it’s so much harder to invent new flavors when the world you live in is so inexplicably struggle-free and creamy smooth that you have to invent solutions to the things that aren’t really problems, but just a function of being alive and human, employed and not starving to death. Things like ordering a drink at a bar. Or wearing clean clothes. Or taking a picture with a smartphone and sending it to someone.

The best technology makes computing effortless and accessible to more people. It improves lives and pushes humanity forward the way the invention of the personal computer and web once did. And yeah, maybe sometimes it reminds us of things we read in sci-fi novels or seem to function like magic. It’s not cliché to say that’s what we should aspire to. Technology transforms dated business models and makes things obsolete. It flattens hierarchies and gives people voices. It connects and corrupts and dissolves and erodes the past. At its best, it is a remarkable, world-changing thing. At its worst, it is just another thing.

I was promised flying cars and moon colonies.

Maybe there is only one guy capable of building flying cars (or electromagnetic tube transport, if we’re being specific). But I doubt it.

And if you’re not building something akin to flying cars, then I’d settle for something practical.