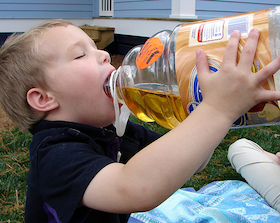 Earlier today, Facebook acquired NextStop, a social travel recommendation service. There’s been some speculation as to why this deal went down. Is Facebook getting into the travel space? Is this about their unlaunched location offering? From what we’re hearing, it’s much more simple than that. It really just boils down to Facebook getting a few very talented people at a relatively low price.

Facebook has been on a mission to scoop up as many smart management types as possible, we’ve heard from a few sources recently — some of whom have talked directly to Facebook. That may seem obvious — after all, who wouldn’t want the best talent? But Facebook is in the unique position now to have resources to simply acquire companies in order to get these people. And that’s exactly what they’re doing, we’re told.

NextStop is just one of a few companies that Facebook has been sniffing around recently in order to bulk up the projects under Facebook Director of Product Blake Ross, we’re told. It’s well known that Ross is leading the charge on Facebook’s Questions product, but their new emphasis on local — including the upcoming Places area of the service — is likely a focus for these deals as well. The NextStop acquisition makes sense in both of those arenas.

Two of NextStop co-founders, Carl Sjogreen and Adrian Graham, are former Googlers with impressive resumes. Sjogreen led the Google Calendar team at its launch (and was heavily involved in Google Maps), while Graham launched both Google Groups and Picasa.

There are at least a few other members of the small team going over to Facebook as well, including one other former Googler. The team also had one employee who was formerly a member of the user operations team at Facebook.

But Sjogreen and Graham seem to be the keys to this deal. At Facebook, both of them will be reporting directly to Ross, we’re hearing. It’s not entirely clear yet what exactly they’ll be working on (and Facebook won’t comment). But the aforementioned projects are good guesses, as is anything Facebook is working on around events.

Facebook Questions has been pretty well covered both because the company is currently testing it with certain members and because some have dubbed it the next “killer app” of the service. But Facebook Places may end up being just as interesting.

The service, which the company has yet to confirm but we’ve previously spotted, is believed to be a big part of Facebook’s entry into the location space. We’ve heard that Facebook has a deal in place with Localeze to fill out this Places area — similar to a deal Twitter signed with the company. This may explain why Facebook was okay with NextStop releasing their own built up database of places under Creative Commons license — they don’t need that data.

Speculation aside, it’s pretty clear that the NextStop acquisition is the latest in a series of acquisitions Facebook has made to bring in high caliber talent. This dates back to Facebook’s first acquisition, Parakey, in 2007. And it includes their most high-profile buy, FriendFeed, last year. In both of those instances, Facebook hasn’t done anything with the actual product they acquired, and instead has used the talent behind them to further their own products and core team.

Just look at the roster from those two deals. The Parakey deal brought in both Blake Ross and Joe Hewitt. Both worked at Netscape before they moved on to help found Mozilla, and create the Firefox web browser. Ross, as we’ve mentioned, is now the Director of Product at Facebook. Hewitt, meanwhile, created Facebook initial mobile web app (before there were native third-party applications on the iPhone) and went on to create the company’s excellent iPhone app (though he has since moved on to other projects).

With the FriendFeed deal, Facebook picked up a number of ex-Googlers, but none more important than FriendFeed co-founders Paul Buchheit and Bret Taylor. Buchheit is often credited as being the creator of Gmail (and the Googler that coined the phrase “don’t be evil”) as well as the builder of an early prototype of AdSense (you know, that thing that makes Google all its money now). It’s not entirely clear what he’s working on at Facebook at the moment, but whatever it is, you can be sure it’s vital. Taylor, meanwhile, was the original manager behind Google Maps. He’s now Facebook’s CTO.

From what we’ve heard, Facebook got NextStop “cheap” as the company had done a couple rounds from a private investor, but never a big round. There had been some talk that they weren’t able to pull in a larger round and that’s why they went with the sale, but other sources say that’s not the case, it was just a good fit and good timing [see: update below].

Either way, Facebook is stocking up. They’re on a mission.

Update: Another source is now confirming that NextStop was unable to secure VC funding. So it would definitely seem as if Facebook got the team for a good price.