Apple today introduced a new version of its Apple Watch, the anticipated Apple Watch Series 8, which replaces the prior Series 7 model. The big additions to this upgraded version include a new temperature sensor focused on women’s health, a crash detection feature, a new low-power mode option and international roaming.

The temperature sensor is a timely arrival given the overturning of Roe v. Wade and increased concerns over period app tracking privacy. With the device’s new temperature-sensing capabilities, women can track their ovulation as a retrospective estimate, Apple says. This feature takes advantage of the Series 8’s two-sensor design. The watch includes one temperature sensor on the back crystal near your skin and another just under the display. This design is meant to minimize bias from the outside environment, the company noted.

If worn overnight, the Series 8 Watch will monitor the wearer’s wrist temperate every five seconds and can detect changes as small as point one degree Celsius. These temperature recordings are saved in the Health app, where users can view their nighttime baseline shifts in body temperatures, which can help to predict ovulation and improve period predictions. The health data is also encrypted on-device for privacy and can’t be accessed without a user’s passcode, Touch ID, or Face ID.

In addition, in both iOS 16 and watchOS 9, Cycle Tracking users will get a notification if their cycle history indicates some sort of issue — like irregular, infrequent or prolonged periods, among other things. 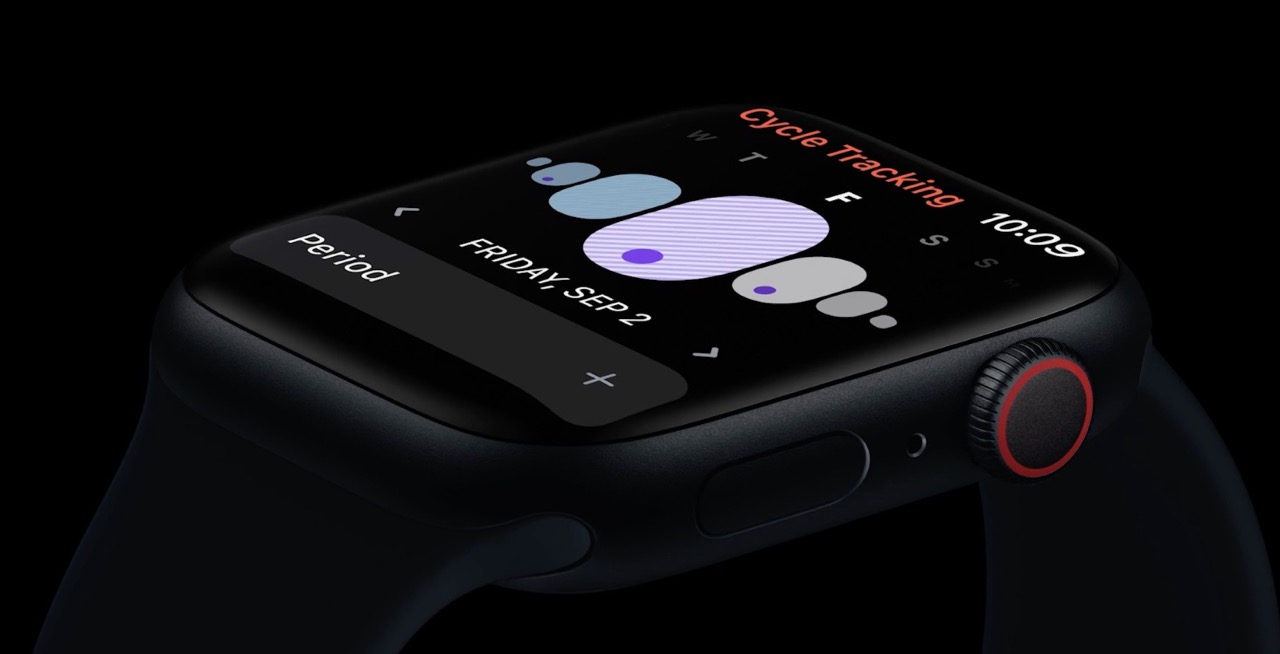 Another new feature in this updated wearable is a Crash Detection feature, which will be able to identify when users are in a severe crash. Similar to a service like OnStar, the feature can automatically connect you with emergency services, provide your location and notify your Emergency Contacts.

The company says this feature relies on two new motion sensors and an improved three-axis gyroscope as well as the high G-force accelerometer. Apple claims the accelerometer is capable of measuring up to 256 Gs, allowing the device to detect the extreme impacts of a crash. It samples motion four times faster at over 3,000 times a second, so it can sense the precise moment of impact. The feature’s algorithm, meanwhile, was trained on over 1 million hours of real-world driving and crash data.

In the event of a crash, the device will check in with the Apple Watch owner and if they don’t respond in 10 seconds, it will contact emergency services and alert the user’s emergency contacts.

Other new features coming to the Series 8 include support for international roaming (with support for 30 carriers to launch), all-day 18-hour battery life, and a new low-power mode that gives you up to 36 hours of battery life on a full charge. But the low-power mode doesn’t fully limit the watch’s usability — you’ll still be able to use features like activity tracking and fault detection, while temporarily disabling other features like the always-on display and auto workout detection.

This mode will also be made available to Apple Watch Series 4 and later, running watchOS 9. The updated operating system for Apple Watch brings its own new set of features, including an AFib History feature, a redesigned Compass app, an updated Workout app, improved Sleep Tracking, and a new Medications tracking experience.

The Series 8 is available starting today in two finishes: aluminum and stainless steel. Aluminum case colors include midnight, starlight, silver and (PRODUCT)RED while silver, gold and graphite are offered for stainless steel. It will come in the same sizes as the Series 7 (41 mm and 45 mm).

A range of new banks, including Apple Watch Nike and Apple Watch Hermès bands, will hit this fall.

An SE model, with the same chip as the Series 8 was also announced. The device, the Apple Watch SE 2nd generation, is available in silver, midnight and starlight starting at $249 or $299 for cellular.

An even bigger reveal is the Apple Watch Ultra, an entirely new model designed for intense sports tracking.