Welcome to my new weekly fintech focused column. I’ll be publishing this every Sunday, so in between posts, be sure to listen to the Equity podcast and hear Alex Wilhelm, Natasha Mascarenhas and me riff on all things startups! And if you want to have this hit your inbox directly once it turns into a newsletter (soon!), sign up here.

This past week, I published on TC+ my first fintech investor survey. This is something I plan to do on a quarterly basis. I asked 10 investors who actively and frequently back fintech startups a few questions such as what criteria they use when evaluating potential investments and what is the best way to pitch them. I was pleasantly surprised with how forthcoming the investors were. They even shared how you could pitch them, which if you’re a scrappy startup seeking funding, could be very valuable information. I was also struck, and happy, to see that many of these investors are looking outside of the U.S. As expected, Latin America came up multiple times but other regions that investors are eyeing include SE Asia, Europe and Africa. The fact that fintech is becoming such a big deal globally is good news as it also means increased inclusion in many of these regions, so I’m glad investors are taking notice. Crypto, embedded fintech and infrastructure came up several times as areas of interest.

Some other highlights: Index Ventures’ Mark Fiorentino noted that 2021 was the definition of a “founder’s market” in fintech. Nikhil Sachdev, managing director at Insight Partners, admits that investors are realizing that the end markets across fintech are massive and, in many cases, “significantly bigger than we realized.” Christina Melas-Kyriazi of Bain Capital Ventures is excited to see companies build and take advantage of new payment rails and Sheel Mohnot of Better Tomorrow Ventures generously shared an example of a cold email that worked.

Speaking of Better Tomorrow Ventures, the VC firm this week announced a new $225 million fund, which was triple the size of its last fund. This is good news for early-stage fintech startups. BTV is focused on investing in the super early stages of a company, such as pre-seed and seed. But it also wants to be able to back companies as they grow. So it’s allocated $150 million of its new fund to invest at their earliest stages but it has also reserved $75 million for an opportunity fund for follow-on investments. NerdWallet co-founder Jake Gibson and Mohnot (a serial entrepreneur) started the firm in 2019 and I have to say, these two got a lot of love on Twitter when news of their new fund came out.

The pair describe themselves as hands-on and are not deterred by the fact that everyone is a fintech investor these days.

“We are founders ourselves and think that we can have the most impact at the seed stage,” Mohnot told me. “Seed is where founders need the most support, and we love being the first call.” 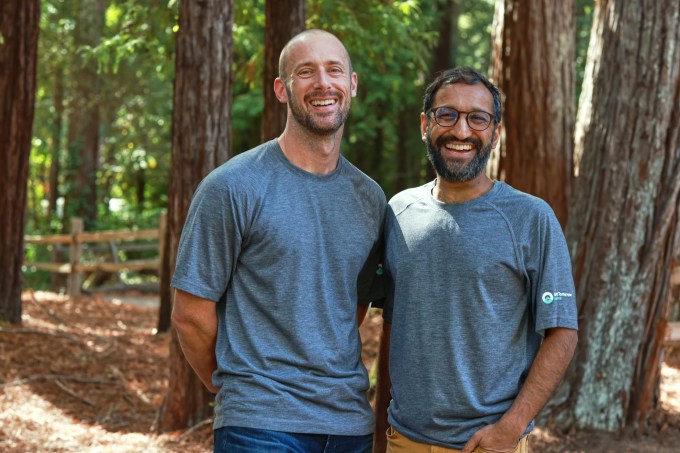 And as always, crypto made headlines this week. I covered how Deel is giving employers a way to run their payrolls in crypto and employees a way to get paid in crypto (which apparently got some of our Twitter followers all riled up) and Manish Singh reported on how a top official of India’s central bank has compared cryptocurrency to a “Ponzi scheme” (!) and suggested an outright ban, which Alex, Tash and I determined on the pod might actually be a good sign for crypto. Romain Dillet told us all about how cryptocurrency company Circle has terminated its previous agreement with Concord Acquisition Corp., a publicly traded blank-check company — or SPAC – and reached a deal with Concord Acquisition Corp. for a new merger. If that transaction goes through, Circle will become a public company at a $9 billion valuation.

There is never a shortage of fintech fundings in the space, and this past week was no exception. Here’s some good ones we covered, and some we didn’t:

Nigerian-based fintech Flutterwave raised $250 million in a Series D round that tripled the company’s valuation to over $3 billion in just twelve months. Tage gave us all the deets here.

Mike Butcher wrote about how Swedish startup Intergiro – which has been a stealth-mode, privately funded, bootstrapped startup for the last five years –  is now emerging as part of this embedded banking movement, calling itself “a financial cloud” on which almost any kind of company can offer banking services.

He also reported on Banked’s $20 million Series A funding round led by Bank of America and France’s Edenred Capital Partners and its plans for a US expansion.

Last year, Ingrid Lunden wrote about a startup out of Denmark called Ageras Group, which has built a dual-purpose platform, providing both accountancy software and a marketplace for small and medium businesses to find accountants. The Copenhagen-based company last week closed a round of $34 million to “fuel expansion.”

I reported on how Mundi, a financial services platform for cross-border trade, raised $16 million in a Series A funding round led by Union Square Ventures in the firm’s first B2B investment in Latin America. (Although the company notes that it is remote-first with operations in Mexico City).

Brazilian digital bank Neon raised a $300 million Series D from Spain’s BBVA, which is super interesting as the latter is one of the largest financial institutions in the world. In a statement, BBVA chairman Carlos Torres Vila said that Neon “has proven to have an offering that is connected to Brazilians’ financial needs, “as its customer acquisition figures demonstrate. In addition, it has the capacity to continue growing quickly, considering how it launches products with such agility in a market with as much potential as Brazil.”

Also in Brazil, Sao Paulo-based Trace Finance, which describes itself as “a mix of Brex, Wise with crypto on top,” announced a $4.3 million seed funding round. The company says it enables faster and more streamlined cross-border banking for LatAm startups. In its pitch, Trace said it aims to “significantly improve” the process for Latin American companies to get financing in the US – and vice versa.

It added: “The process for these companies right now is extremely bureaucratic. They typically end up having to open an account with Silicon Valley Bank in the Cayman Islands, pay upwards of 4% in fees, wait over a month, etc. because Latin American banks can be so stringent with capital controls. Trace essentially works with multiple banks, streamlines the onboarding process, and takes care of a lot of the regulatory concerns upfront. The outcome is financing available in 1-2 days (vs. a month) and a fee of 0.2% (vs. 4%). This is something to watch as startup investment in Brazil has grown 93% annually for the past 3 years.”

It’s always fun to see a company I’ve covered at a very early stage go on to raise more capital in a relatively short amount of time. And, I’m a sucker for startups that tackle “unsexy” but very important industries.  That’s why I enjoyed reporting on how Coast, which aims to help companies control fuel and fleet spending with its expense management software, raised $27.5 million in a Series A financing co-led by Accel and Insight Partners.  The raise came just seven months after New York-based Coast announced it had raised $6 million in a seed round of funding. Interestingly, a long list of founders are backers in the company, including Affirm’s Max Levchin, Plaid’s William Hockey, Unit’s Itai Damti, Flexport’s Ryan Petersen, Marqeta’s Jason Gardner and Alloy’s Laura Spiekerman and Tommy Nicholas, among others.

I also covered how Genesis, which has built a low-code/no-code application platform specifically for the financial markets, landed a $200 million investment led by Tiger Global Management after “nearly tripling” its recurring revenue. While the company was based in London, I was told most of its leadership team is located in the U.S.

I also reported on a few interesting proptech rounds, including: tech-enabled homebuilder Homebound’s $75 million Series C, a $20 million Series A raise for Nomad, which was founded by Opendoor and Twilio alums, to “transform the tenant-landlord experience” and 3D home manufacturer ICON’s $185 million round led by Tiger Global with a valuation “approaching $2 billion.”

Meanwhile, Check, a New York-based payroll infrastructure company that lets platforms embed payroll into their products, announced it raised a $75 million Series C led by Stripe, with participation from existing investors Bedrock, Thrive and Index. The company told me the money was raised at a post-money valuation of $725 million and that it now powers payroll for platforms that serve 250K businesses and 4M employees across the country. Told ya infrastructure is hot.

And Tilled, which describes itself as a “PayFac-as-a-Service provider,” closed on an $11 million Series A extension led by G Squared. It also launched omnichannel payments.

A couple of weeks back, I did a little analysis of the corporate spend space. Well, this week, Alex reported that Airbase, a startup in the corporate spend space, announced that it is working with Amex on a pilot that will see its service offered to certain customers of the credit giant. The deal also included a “strategic investment.” Feels like a big deal for Airbase, which some surmise could be an acquisition target for Amex and a no-brainer for the credit card giant who wouldn’t have to build out its own technology.

Identity verification technology company SentiLink made its first acquisition when it picked up Upstream Logix, which provides data intelligence for alternative finance. SentiLink, which raised $70 million last August and was founded by early Affirm employees, said Upstream brings with it “powerful insights on underserved consumers and the creditors that serve their financial needs, facilitating accurate risk assessment and enabling consumers to gain access to credit.”

And I ended the week once again covering drama at Better.com. Potential layoffs and employee turmoil are not topics that are ever fun to report on, let me be clear. But what has gone down at the online mortgage lender over the past 11 weeks is pretty incredulous. In my latest on the company, I covered how four more senior executives have resigned and the potential for the company to lay off 40% to 50% of its staff in March.

On a lighter note, Plaid shared some fun stats around the Super Bowl. The company told me that nearly half a million people signed up for a new fintech app “on Plaid” on the day of the Super Bowl and that it saw 3,000 API requests/sec with 99.99 uptime. This had co-founder Zach Perret proudly exclaiming on Twitter: “It’s the Fintech Bowl!”

With that, I’m outta here and excited to enjoy the rest of this long weekend with my kiddos. Hope you’re enjoying yours. See you next Sunday!