Welcome to part two of our venture capital-recommended book gift guide for 2021!

Yesterday we tackled non-business books recommended by a raft of venture capitalists. Today we’re flipping it around and talking about books with a business theme. There were a few titles that straddled the gap, so if any of the below strike you as a modest stretch regarding how businessy they are, well, we hear you.

Regardless, keep in mind that The Exchange is paywall-free today again, as we’re huge book fans and wanted to keep this as accessible as possible. Oh, and Anna and Alex will be dropping their personal recs in this weekend’s Exchange newsletter, which lots of you already receive on Saturdays, but you can get here if you’d like.

A big thanks to the dozens of venture capitalists who contributed ideas to these posts, and double points to those who didn’t have an assistant handle their emailing! Oh, and we only had two books recommended by the people who wrote them, which was a lower ratio than we anticipated. Good job!

The most VC recommended business books of 2021

The Qualified Sales Leader: Proven Lessons from a Five-Time CRO, by John McMahon 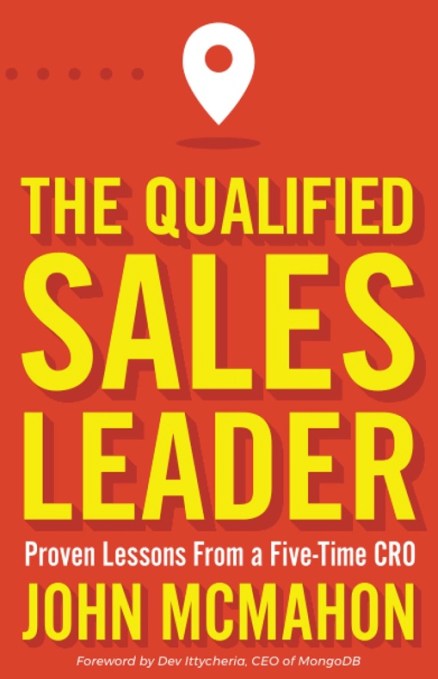 Recommended by Venrock’s Brian Ascher, who said he’s “given this to many of my portfolio CEO and CROs,” as well as by Chase Roberts, principal at Vertex Ventures, via Tessa Chen: “Most founders that raise capital are looking to grow and scale their sales teams. They have to hire their first sales leaders, but many don’t know where to start, especially in enterprise SaaS. Chase has been sending this book rec to a few of our founders for practical tips on creating a sales motion from the ground up.”

This Is How They Tell Me the World Ends: The Cyberweapons Arms Race, by Nicole Perlroth 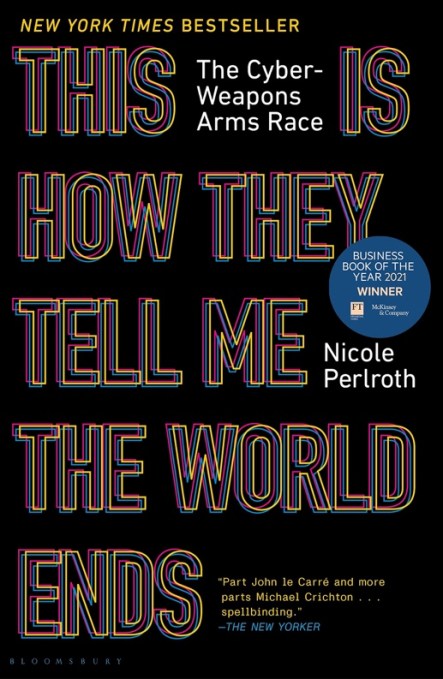 Recommended by Jake Chapman and Zach Coelius, this book carries blurbs from Kara Swisher and Nick Bilton, so it appears to be one that crosses the technology-media divide that we occasionally have to treat like a DMZ. The gist is that the market for zero-day cyber weapons is not what it once was. In the old days, the United States controlled the arsenal. At great expense, but who cares. Then it lost control of the zero-day world. And what comes next, people say, is staggering.

Bad Blood: Secrets and Lies in a Silicon Valley Startup, by John Carreyrou 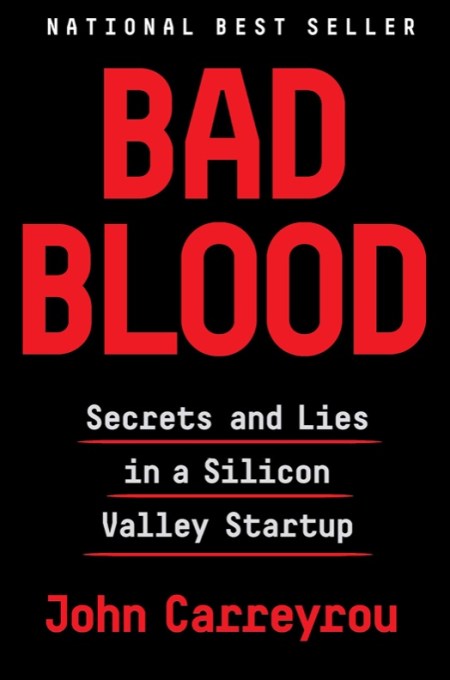 Daisy Garcia at JetBlue Ventures recommended it alongside Reeves Wiedeman’s “Billion Dollar Loser: The Epic Rise and Spectacular Fall of Adam Neumann and WeWork,” describing both books as “good reminders to invest in what you know and also fun.” Alex and Anna both read “Bad Blood,” and from our desks, this book is the rare must-read in the business book pantheon. You must read it to understand how far things can go off the startup rails, and, frankly, learn a hell of a lot about the world of business.

An Ugly Truth: Inside Facebook’s Battle for Domination, by Sheera Frenkel and Cecilia Kang, recommended by Amy Cheetham 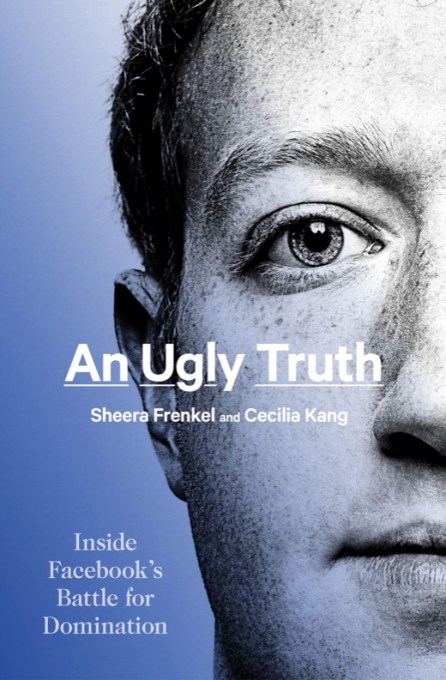 Next year, we’ll add a section for books that we bought and have on our shelves but have yet to start. “An Ugly Truth” is one such book. Alex bought a copy when it came out and has been promising himself since that he will stop reading fiction and get around to it. So far, so bad, but it’s still a book that feels like a mandatory read.

Why? Because Facebook is hardly giving up on its long-term goals. The company is shifting its growth model somewhat, but has hardly gone through a DNA-level change regarding how it considers its political setup (one owner, led by the blind) or operational goals (all your eyes are belong to us). We should take this one off the shelf and read it. You, too.

Radical Candor: How to Get What You Want by Saying What You Mean by Kim Scott, recommended by Tamara Steffens 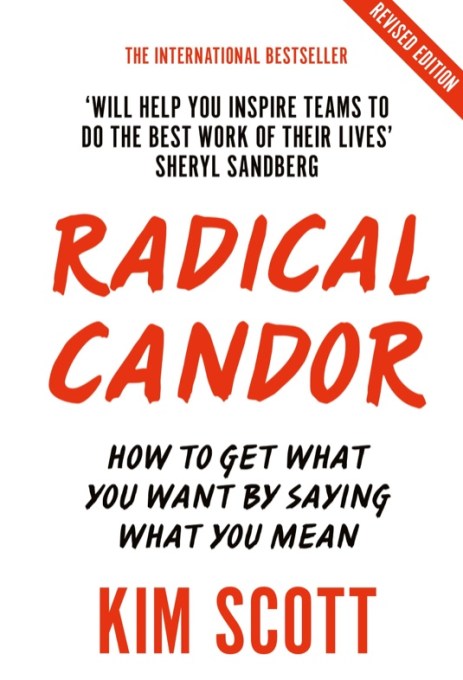 This one has been on Anna’s reading list ever since she listened to the “Radical Candor” podcast, which distills the book’s ideas into a conversational format. But whatever medium you choose, make sure you don’t stop at the title, or you might misunderstand the message. Being radically candid is not about being brutal; it is a form of kindness, because honesty beats niceness.

This could apply to many areas in life, but this is definitely business content, and especially relevant to the startup and tech world. Author Kim Scott is a former Apple and Google executive and knows a thing or two about leadership — we are not surprised that VCs are reading. “The book provides great guidance on delivering effective feedback — whether it’s positive or negative,” Steffens noted. “It has helped me recommit to passing quickly when I’m not convinced of the opportunity — and to deliver that message clearly, so there’s no room for confusion.”

Empire of Pain: The Secret History of the Sackler Dynasty, by Patrick Radden Keefe, recommended by Amy Cheetham 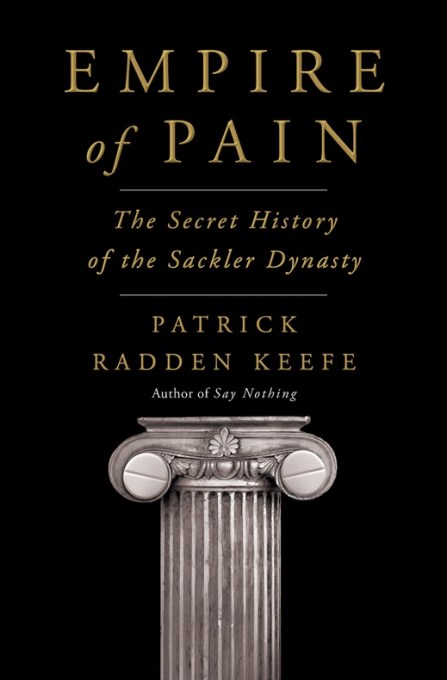 Maximizing value creation for shareholders is, at times, not a very good idea. That’s because the cost of doing so in particular situations creates such heavy societal burdens that it’s a clear net-negative for humanity. A few examples that come to mind include the oil industry hiding its knowledge of global warming for decades, the tobacco industry fighting the obvious truth that smoking is cancerous and the recent lobbying efforts by alcohol companies to combat cannabis legalization. The impact of those actions was unchecked carbon emissions, lots of cancer deaths and miserable rates of alcoholism.

And then there are the Sacklers. Not that we want to diminish the impact of the above shareholder-value-creating actions, but the Sacklers might have them beat. If you’re not aware, the Sackler dynasty helped foment an opioid addiction epidemic, recycling some of their ill-gotten gains into charitable donations — the standard billionaire method of hiding the source of their wealth with some media-friendly wrapping paper. We want to read this book to better understand just how things went so wrong, for so long.

The Aristocracy of Talent: How Meritocracy Made the Modern World by Adrian Wooldridge, recommended by James Clark 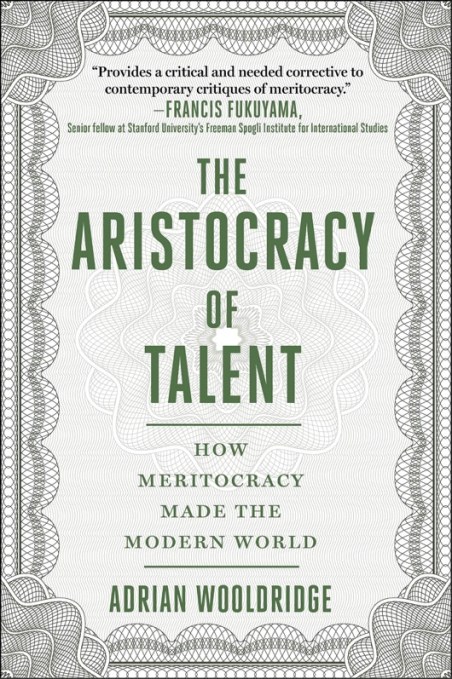 “The Aristocracy of Talent” comes with a recommendation from Molten’s James Clark, but also with a blurb from one of Anna’s favorite thinkers, Steven Pinker. Here’s what he wrote about Adrian Wooldridge’s latest book: “This unique and fascinating history explains why the blame now being piled upon meritocracy is misplaced — and that assigning responsibilities to the people best able to discharge them really is better than the time-honored customs of corruption, patronage, nepotism and hereditary castes. Wooldridge upends many common assumptions and provides an indispensable back story to this fraught and pressing issue.”

We are all for upending assumptions here, especially when the topic is so frequently brought up in our tiny bubble — and we are curious to read more.

The Infinite Machine, by Camila Russo, recommended by Jenny Lefcourt 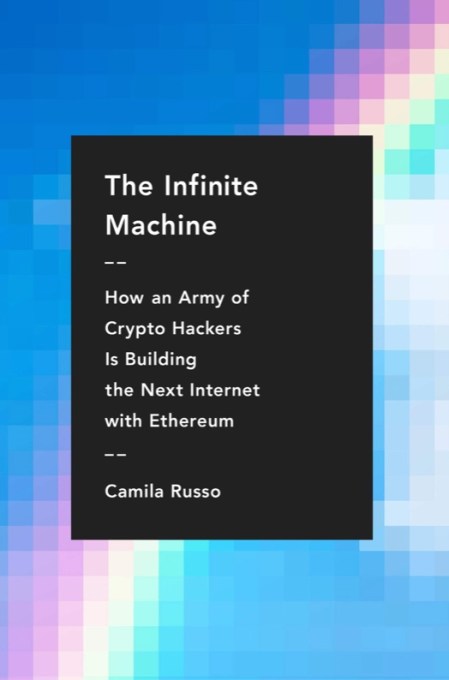 So there’s this idea in the market that the blockchain world is akin to a new internet. There are some issues with the idea, chiefly that blockchain tech runs on the internet, making it at most a layer-two effort for the web. Still, the concept that what today’s hackers are building will tear up the past and rewrite the future is strong.

Enter “The Infinite Machine,” which digs into the Ethereum blockchain, which some compare to an infinite computer or machine. We have our questions. For example, how did the web3 kids manage to build a computer that costs so much money to simply access? Snark aside, it’s worth taking the time to understand precisely why some folks are so rabidly bullish about the crypto market. They might be right!

The Wires of War: Technology and the Global Struggle for Power by Jacob Helberg, recommended by Jake Chapman 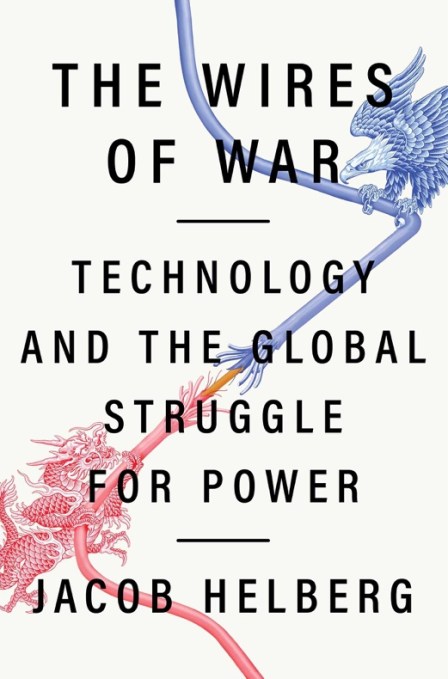 You may have heard about this book on TechCrunch: Our colleague Connie Loizos interviewed its author a couple of months ago. Their conversation covered key themes of the book — Silicon Valley, China, Russia — and made us keen to find out more, though not particularly reassured. From Connie: “Helberg lays out how China’s ‘techno-totalitarian’ regime may be first impacting the Chinese people (its ‘first victims,’ he says), but why its efforts to increasingly control the software and the hardware of the internet are a real and present and fast-escalating danger to the U.S. and democracies everywhere.” Having written quite a bit about China in 2021, and being aware that it will likely play some part in 2022, this makes a great candidate from our reading list.

“At Citi Ventures, we like to say that ‘culture is the backbone of innovation,’ and as Citi’s Leadership Principles make clear, a culture of innovation begins with creating space for everyone’s insights and ideas to be shared and heard. That, in turn, starts with listening. The best-selling book ‘You’re Not Listening’ describes how difficult true listening is, despite — or perhaps because of — our constant access to digital communication channels and engagement opportunities. The book provides an important road map for reversing this trend and can help build a strong foundation for driving empathy, innovation and transformation.”