The stunning little Action 2 is compact and boasts a full-featured list of specs with a fascinating modular design which allows users to augment the functionality of a core camera unit. It honestly looks like what Apple would create if they were tasked with redesigning the GoPro Session camera of yesteryear. It comes in dual variations: a $399 bundle that includes the core camera unit and a battery cube that snaps to it magnetically, adding hours of recording time to the device; and a pricier $519 varietal that includes the camera unit and a front-facing display module. The 56-gram Action 2 core camera unit matches the 4K/120fps power of the latest GoPro Hero10 Black in a package that’s half the size — or at least that’s how it’s advertised.

I got a chance to spend a few days with the device and, as the headline suggests, I wasn’t all that pleased with my hands-on time. In short, this device is very pretty and innovates in a couple of clear ways, but also was nowhere near ready for launch.

First off, the good stuff.

The hardware is quite nice and the modular design is better executed than one might expect. The magnetic clips and locking mechanisms are solid and overall everything has a really dense heftiness to it that feels more premium than any action camera I’ve tried. Video quality generally met expectations for an action camera of this price point and I enjoyed some of the accessories that DJI sent along, including a necklace-like mount and a magnetic macro lens. There are some quirks like not being able to charge the central camera unit without it being attached to either the external battery unit or front-facing display, but overall the modularity is done pretty well. 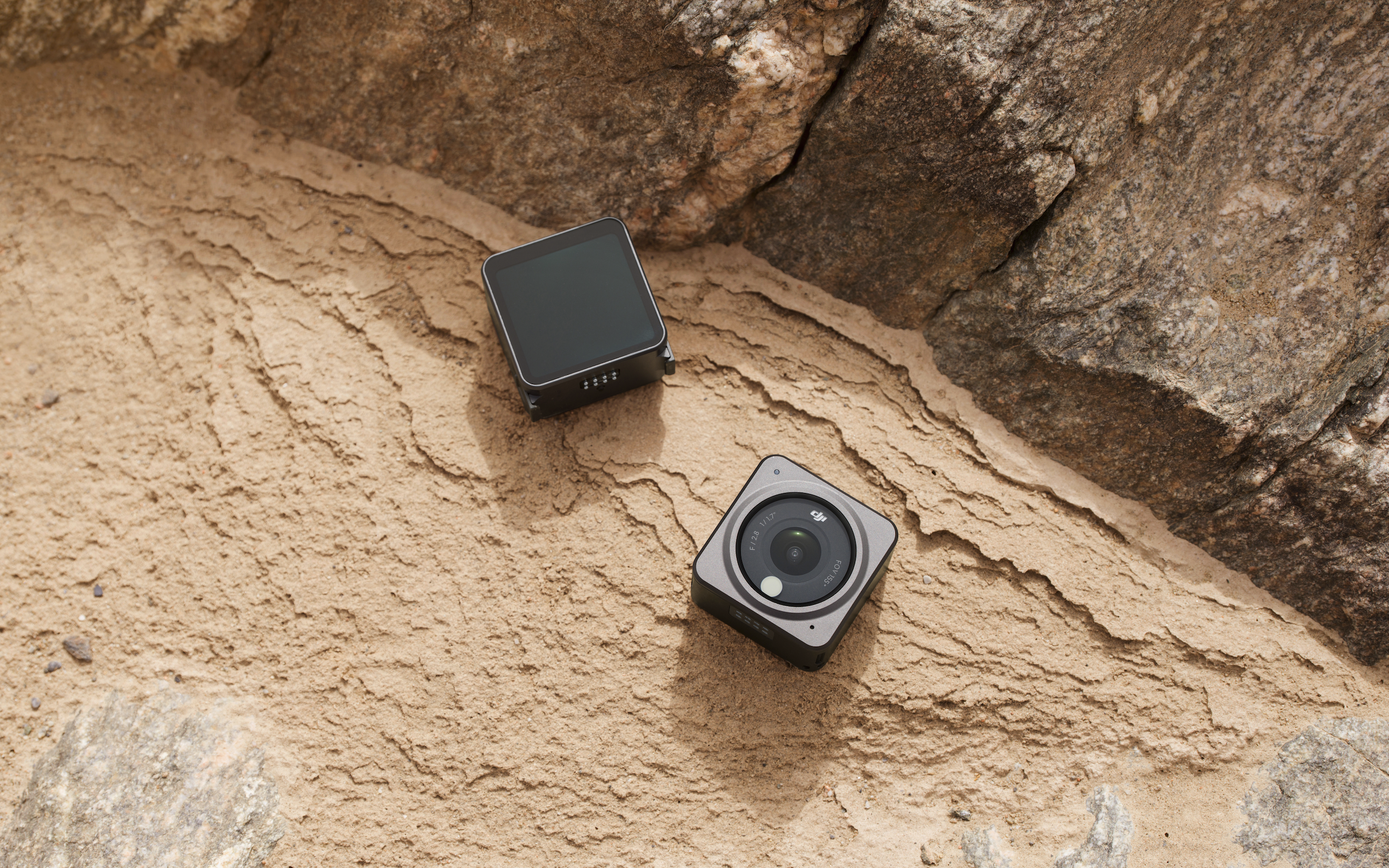 That design is mostly about balancing portability with battery life. If a user just wants to shoot a few quick videos for their Instagram, they can choose to leave the additional modules at home. DJI has aims to sell the Action 2 as a crossover action camera that’s built for pro athletes and influencers alike, with a compact design that can be worn on a user’s chest with the included magnetic lanyard. Shooting (well, trying to shoot) 4K video on the Action 2, I found you can get about 30 minutes of footage from the core camera unit on a single charge, which is a lot for social media clips but not that much for a standard action cam (DJI claims up to 70 minutes of run time). Shooting when connected to either the battery module or front-facing camera module allowed for much lengthier usage.

On paper, stabilized 4K video at 120 frames is incredibly impressive in a package this small, but unfortunately I found those claims to be too good to be true — way too good to be true. The device was able to shoot at its highest-end setting for less than five minutes before the device automatically stopped recording because of overheating. Indeed, I wasn’t able to shoot 4K at any setting without the device eventually shutting down due to overheating, even at the device’s lowest 24fps setting (I was able to capture just under 15 minutes of footage in that mode). Becoming so hot that it can no longer function is a rough issue for a product that DJI is partially pitching as a chest-mounted or head-mounted wearable.

A DJI spokesperson confirmed that other reviewers had similar issues with overheating and that the only fix for now is to shoot at a lower resolution. 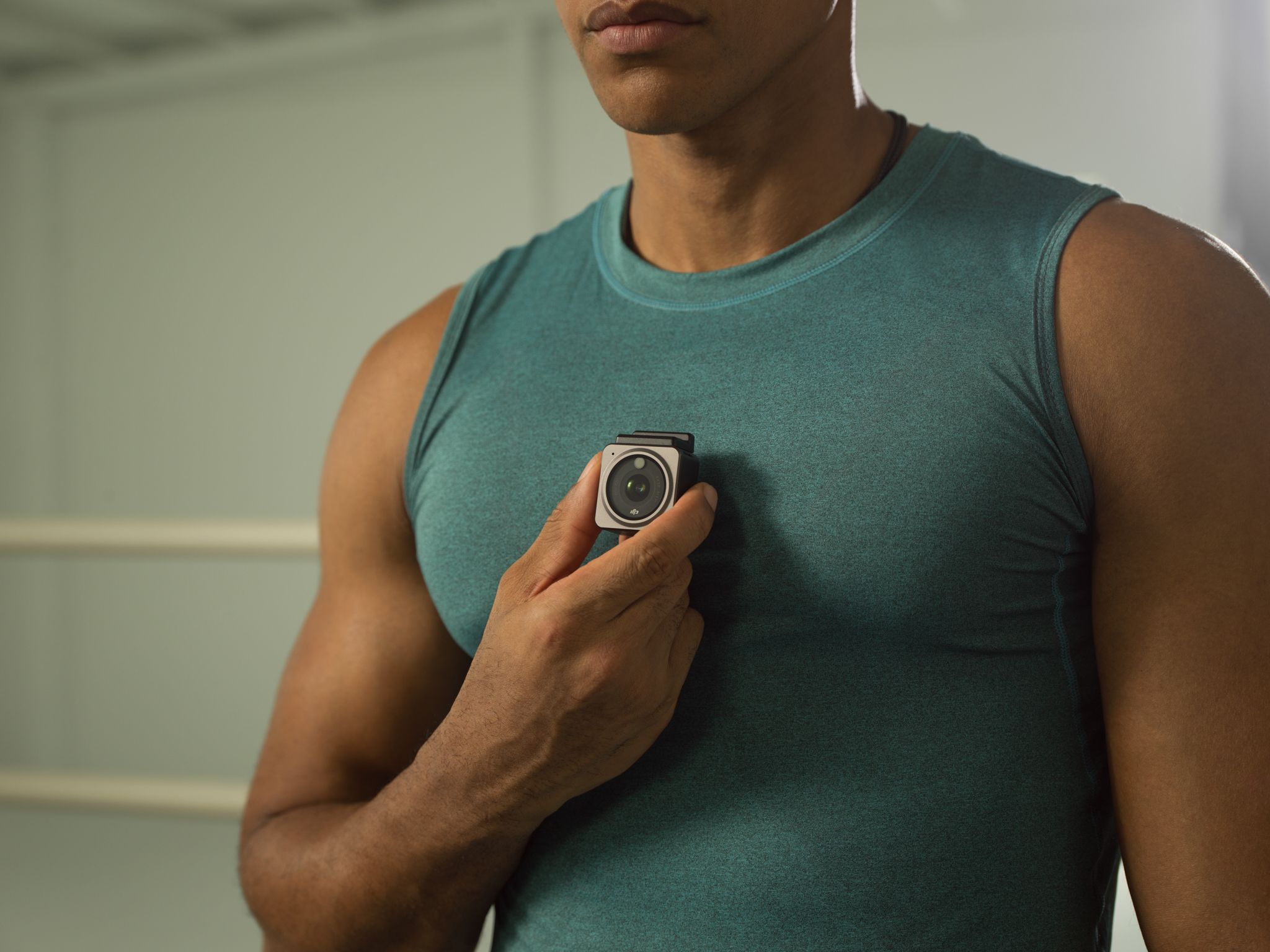 I struggle to go much more in depth than this for the hands-on, because not being able to consistently shoot 4K quality video at any frame rate makes this a pretty hard sell for anyone to buy at launch. While I can appreciate the boldness of such a major inter-generational design change for the Action 2, I’ve also gained a respect for GoPro’s more incremental successive upgrades, which may lack some of the pizazz of the Action 2 but do consistently function as advertised.

We were generally big fans of the first DJI Action camera, which launched in 2019 and proved to be a convincing competitor to GoPro. The original Action showcased a very convincing set of features, many of which would be adopted by GoPro in successive generations. “For now, however, most of the nits that can be picked here are on the small side. That’s fairly remarkable for what’s essentially a first-generation product — albeit one from a well-established company,” my colleague Brian Heater wrote at the time.

It’s a different story with the Action 2, and while DJI may resolve these issues with firmware updates, this device clearly wasn’t ready to send out to reviewers, and I’d be wary to order one (the Action 2 is available for purchase today) until the company has showcased a number of key fixes.

DJI is out-GoProing GoPro with its own action camera