Three years after its introduction, GoPro is killing its Session camera line.

The cute little cube was dropped today after GoPro revealed its latest lineup of Hero7 cameras.

When the Hero4 Session was first revealed in 2015, it was the action camera company’s first major redesign and signaled some dramatic ethos shifts, some that ultimately found their way to other GoPro cameras and others that it seems to be taking to the grave. It was the first GoPro to have a waterproof/shockproof casing built-in, it dropped the user replaceable battery and it significantly reduced the camera’s footprint.

It was not designed to be the “cheap camera” and was initially positioned at a $399 price point near the high-end of its lineup. The company ultimately failed to really differentiate the Session form factor and despite an ambitious introduction it just kind of ended up becoming the company’s low-end product that didn’t work with any of the existing GoPro accessories that were being sold. 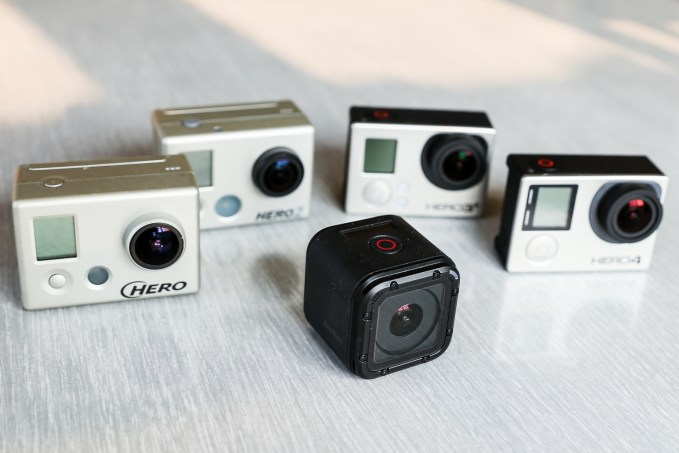 The writing was on the wall when the company neglected to refresh the hardware at its Hero6 event last year, but the Hero5 Session kept chugging along as the entry-level GoPro until the company showed off a new $199 Hero camera in March.

The Hero5 Session is not alone singing its swan song, the Hero6 Black and Hero5 Black have also been officially discontinued replaced by the Hero7 White, Silver and Black editions.