Hello and welcome to Daily Crunch for July 20, 2021. The markets have been active in the last few days, with stocks dropping yesterday before rebounding today. Cryptos have also been suffering from ups and downs. A bit like Jeff Bezos, though his were planned. More on that in a second. — Alex

Holy heck there were a lot of funding rounds announced today. TechCrunch covered a huge chunk of the total, so many that we can’t get to them all here. But after checking in on China, we have your speed-read all the same. Let’s go!

Now, the venture capital rundown, in brief format to allow for the inclusion of more items:

For the operators out there, TechCrunch has a chat with Maya Moufarek, the founder of Marketing Cube, who spent more than 15 years working for companies like Google and American Express before launching her own growth consultancy about startup marketing. Enjoy!

Few startups go to market with the exact product their founders first envisioned.

Today, Tractable is known for developing tech that allows drivers to upload photos of their vehicles after a collision so its AI can assess the damage. Its first paying customer, however, used Tractable to inspect plastic pipe welds.

As fate would have it, that customer also fired them just as the founders were raising their first round.

“We struck gold with car insurance,” says co-founder Alex Dalyac, as it was “a huge and inefficient market in desperate need of modernization.”

In an Extra Crunch guest post, he shares several takeaways from the last six years spent scaling a unicorn that have value founders of all stripes. Step one?

“Search for complementary co-founders who will become your best friends,” advises Dalyac.

We’re reaching out to startup founders to tell us who they turn to when they want the most up-to-date growth marketing practices. Fill out the survey here.

Read one of the testimonials we’ve received below!

Testimonial: “T-shaped expertise with focus on strategy and long-term ROI.” 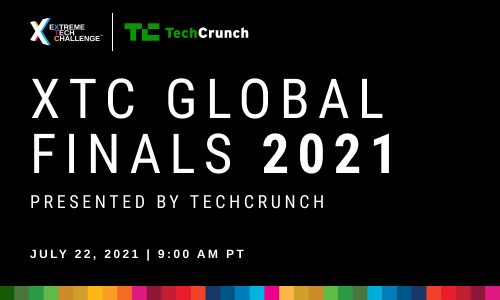 XTC Global Finals is the world’s largest startup ecosystem for powering a better world via purpose-driven innovation and technology, inspired by the UN Sustainable Development Goals. It’s free to attend. Sign up today and join the show tomorrow starting at 9 a.m. PDT!