VSCO, the popular photo and video editing app, today announced it has acquired AI-powered video editing app Trash, as the company pushes further into the video market. The deal will see Trash’s technology integrated into the VSCO app in the months ahead, with the goal of making it easier for users to creatively edit their videos.

Trash, which was co-founded by Hannah Donovan and Genevieve Patterson, cleverly uses artificial intelligence technology to analyze multiple video clips and identify the most interesting shots. It then stitches your clips together automatically to create a final product. In May, Trash added a feature called Styles that let users pick the type of video they wanted to make — like a recap, a narrative, a music video or something more artsy.

After Trash creates its AI-powered edit, users can opt to further tweak the footage using buttons on the screen that let them change the order of the clips, change filters, adjust the speed or swap the background music. 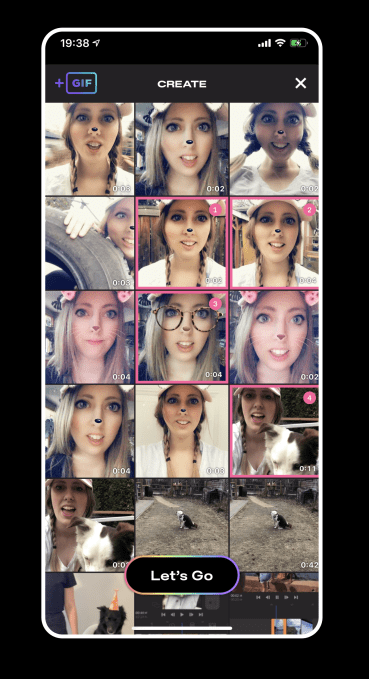 With the integration of Trash’s technology, VSCO envisions a way to make video editing even more approachable for newcomers, while still giving advanced users tools to dig in and do more edits, if they choose. As VSCO co-founder and CEO Joel Flory explains, it helps users get from that “point zero of staring at their Camera Roll…to actually putting something together as fast as possible.”

“Trash gets you to the starting point, but then you can dive into it and tweak [your video] to really make it your own,” he says.

The first feature to launch from the acquisition will be support for multi-clip video editing, expected in a few months. Over time, VSCO expects to roll out more of Trash’s technologies to its user base. As users make their video edits, they may also be able to save their collection of tweaks as “recipes,” like VSCO currently supports for photos.

“Trash brings to VSCO a deep level of personalization, machine learning and computer vision capabilities for mobile that we believe can power all aspects of creation on VSCO, both now and for future investments in creativity,” says Flory.

The acquisition is the latest in a series of moves VSCO has made to expand its video capabilities.

At the end of 2019, VSCO picked up video technology startup Rylo. A few months later, it had leveraged the investment to debut Montage, a set of tools that allowed users to tell longer video stories using scenes, where they could also stack and layer videos, photos, colors and shapes to create a collage-like final product. The company also made a change to its app earlier this year to allow users to publish their videos to the main VSCO feed, which had previously only supported photos.

As with its other video features, the new technology integrations from Trash will be subscriber-only features.

Today, VSCO’s subscription plan costs $19.99 per year, and provides users with access to the app’s video editing capabilities. Currently, more than 2 million of VSCO’s 100 million+ registered users are paid subscribers. And, as a result of the cost-cutting measures and layoffs VSCO announced earlier this year, the company has now turned things around to become EBITDA positive in the second half of 2020. The company says it’s on the path to profitability, and additional video features like those from Trash will help.

VSCO’s newer focus on video isn’t just about supporting VSCO’s business model, however, it’s also about positioning the company for the future. While the app grew popular during the Instagram era, today’s younger users are more often posting videos to TikTok instead. According to Apple, TikTok was the No. 2 most downloaded free app of the year — ahead of Instagram, Facebook and Snapchat.

Though VSCO doesn’t necessarily envision itself as only a TikTok video prep tool, it does have to consider that growing market. Similar to TikTok, VSCO’s user base consists of a younger, Gen Z demographic; 75% of VSCO’s user base is under 25, for example, and 55% of its subscribers are also under 25. Combined, its user base creates more than 8 million photos and videos per day, VSCO says.

As a result of the acquisition, Trash’s standalone app will shut down on December 18.

Donovan will join VSCO as Director of Product and Patterson as Head of Applied Research. Other Trash team members, including Karina Bernacki, Chihyu Chang and Drew Olbrich, will join as Chief of Staff, Engineering Manager and Sr. Software Engineer for iOS, respectively.

“We both believe in the power of creativity to have a healthy and positive impact on people’s lives,” said Donovan, in Trash’s announcement. “Additionally, we have similar audiences of Gen Z casual creators; and are focused on giving people ways to express themselves and share their version of the world while feeling seen, safe, and supported,” she said.

Trash had raised a total of $3.3 million — a combination of venture capital and $500,000 in grants — from BBG, Betaworks, Precursor and Dream Machine, as well as the National Science Foundation. (Multiple TechCrunch connections here: BBG is backed by our owner Verizon Media, while Dream Machine is the fund created by former TechCrunch editor Alexia Bonatsos.)

“Han and Gen and the Trash team have always paid attention to the needs of creators first and foremost. My hope is that the VSCO and Trash partnership will turn all of us into creators, and turn the gigabytes of latent videos on our phones from trash to treasures,” said Bonatsos, in a statement about the deal.

Flory declined to speak to the deal price, but characterized the acquisition as a “win-win for both the Trash team and for VSCO.”

Updated 12/3/20, 11:27 AM ET: VSCO alerted us that Patterson’s title is being updated to “Head of Applied Research.” We’ve updated the article accordingly.