VSCO, the popular photo editing app and Instagram rival, is the latest company to undergo layoffs attributed to the COVID-19 crisis, which has put a strain on venture-backed startups. According to a report from NPR, which was then confirmed by VSCO co-founder and CEO Joel Flory on LinkedIn, the company is laying off around 30% of staff, or 45 of its employees.

Though Flory didn’t reference the COVID-19 outbreak by name, his post described the rapid change to the economy which necessitated the layoffs.

“2020 was staged to be a year where we would continue to forward invest into our business,” Flory wrote. “Overnight our environment changed. We realized that we would need to shift towards running a self-sustaining business.”

In other words, VSCO is anticipating a future where venture capital is less readily available and is making the shift toward running a business that’s no longer reliant on outside capital or funding in order to operate. By laying off a portion of staff, VSCO believes it will be able to sustain its business for many years.

To date, VSCO has raised $90 million in outside funding, and sees its app used by more than 20 million active users per week. However, a smaller portion of those users are customers who pay for a VSCO Membership that offers an expanded array of features, tools, presets and other content. VSCO confirmed to TechCrunch in February 2020 that it had around 2+ million paid subscribers.

Late last year, VSCO had said it was on pace to surpass 4 million paid subscribers by 2020 and was approaching $80 million in annual revenue. However, these projections were tied to VSCO’s forward investment this year, and the shift towards becoming self-sustainable will impact these numbers, the company says.

PitchBook data valued the business at $550 million, NPR also reported — a number that’s made the rounds before, as well. 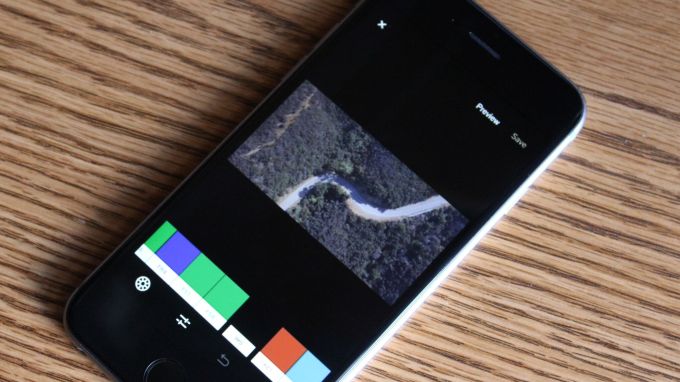 In 2020, VSCO has rolled out several features designed to better support video editing. It gave creators the ability to publish their video edits to the VSCO feed, and last month, for example, launched a more powerful and feature-rich video editing tool called Montage. The latter was meant to grow VSCO’s paid subscriber base, as it requires users to pay in order to save and publish their finished videos.

VSCO’s profile has also been raised beyond its core user base in recent months, after it became associated with a Gen Z meme that circulated on sites like TikTok.

Though perhaps not the marketing the company would have desired, the VSCO girl meme became a way to mock a certain type of girl — one who sports a messy bun, baggy shirts and scrunchies and carries around eco-conscious items like Hydro Flasks or metal straws. VSCO’s app for making your photos look good became associated with this persona, as it’s often used to filter and edit images in order to give them an aesthetic that teenage girls (VSCO girls) supposedly desired.

As for the layoffs, VSCO says its former employees will receive a minimum of seven weeks of severance pay, and a minimum of two months of COBRA health coverage. In terms of equity, VSCO is pro-rating stock option vesting and extending equity exercise periods post-term, it also notes.

Flory’s LinkedIn post additionally offered a way for those interested in hiring the laid-off VSCO employees to reach the company. He said the jobs@vsco.co email address could be used to make inquires about hiring its talent. The company will also be working to provide other job placement resources and support, it says.

“I am deeply saddened to let some incredible people go and am so grateful for everything they’ve done for VSCO and our community,” Flory wrote. “Our mission and vision remain unchanged. Our ability to provide a place for creative expression, inspiration and connection is even more important than ever right now,” he added.