A new Nigerian fintech venture, Okra, has racked up a unique mix of accomplishments in less than a year.

The Lagos based API developer created a product that generates revenues from both payment startups and established financial institutions.

The startup is also poised to enter new markets and it’s hiring.

Founded in June 2019 by Nigerians Fara Ashiru Jituboh and David Peterside, Okra casts itself as a motherboard for the continent’s 21st century financial system.

As a sector, fintech has become the continent’s highest funded tech space, receiving the bulk of an estimated $2 billion in VC that went to African startups in 2019. Those ventures, and a number of the continent’s established banks, are in a race to build market share through financial inclusion.

By several estimates — including The Global Findex Database — the continent is home to the largest percentage of the world’s unbanked population, with a sizable number of underbanked consumers and SMEs.

With 54 countries, 1.2 billion people and thousands of relatively young startups, there are a lot of moving parts in Africa’s fintech space. Similar to U.S. company Plaid, Okra is shaping a platform that connects accounts and financial data to banking apps into a revenue generating product.

With Africa’s largest population of 200 million people, Nigeria serves as a major financial hub — but there’s still a disconnect between fintech apps and banks, according to Okra’s Ashiru Jituboh.

“Here in this market there’s no way to directly connect your bank account through an API or directly to an application,” she said.

Okra offers several paid packages for those types of integrations and opens up the code to developers for its five product categories: authorization, balance, transactions, identity and accounts. 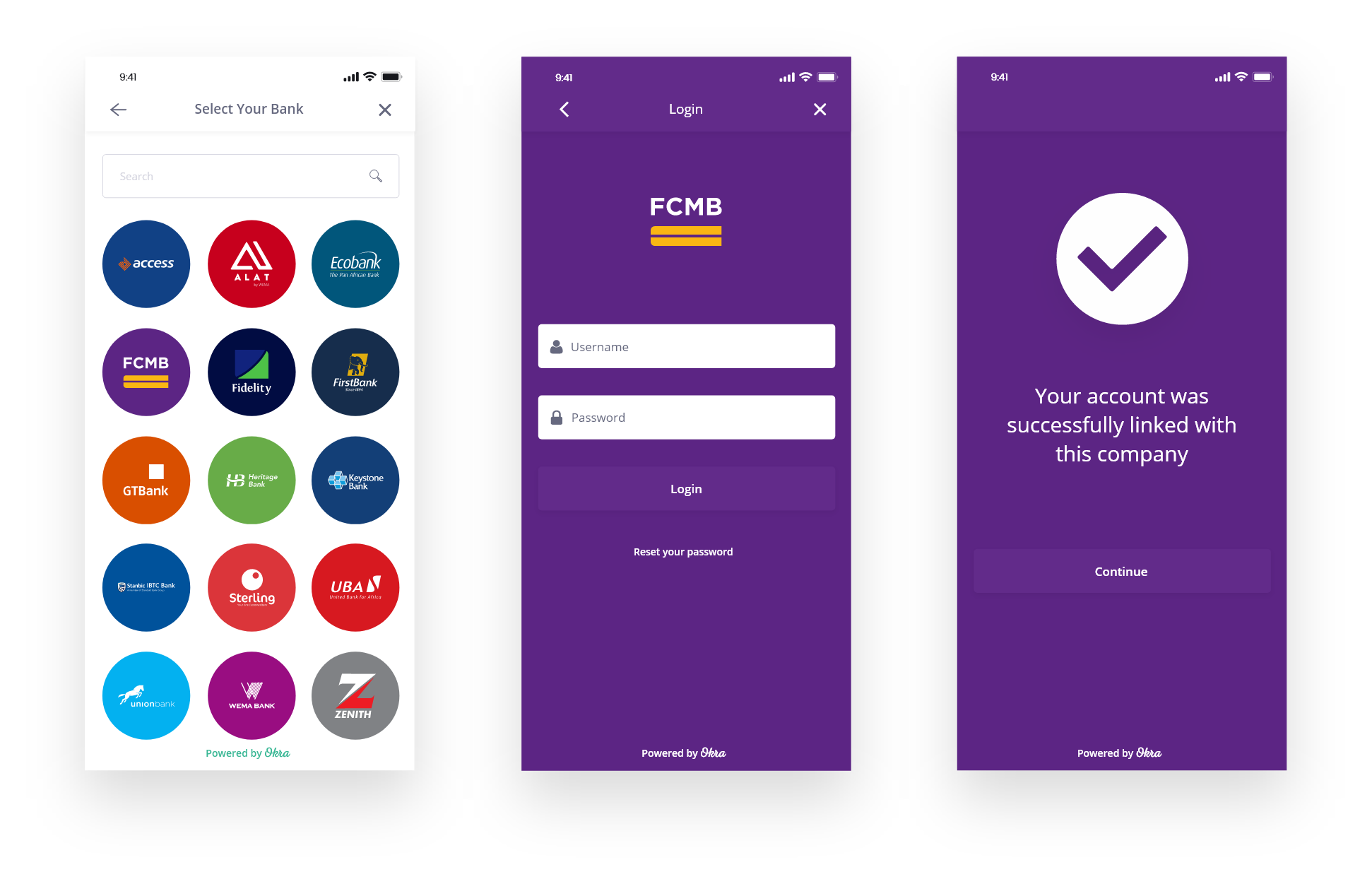 The startup generates revenues through product fees and earns each time a user connects a bank account to a customer, according to Ashiru Jituboh.

On how the Okra differs from other well-funded fintech companies in Nigeria, such as Flutterwave or Interswitch, “The answer is we’re not doing payments, but what we’re doing is making processes with [payment providers] even smoother,” she said.

Ashiru Jituboh comes to her CEO position with a software engineering background and a strong connection to the U.S. Born in Nigeria, she grew up in and studied computer science in North Carolina.

She did stints in finance — JP Morgan Chase and Fidelity Investments — and then in tech companies before making the leap to founder. “I went to work in startups, but I was always employee number two or three,” said Ashiru Jituboh.

She decided to go all in on Okra after returning to Nigeria and noting the need for linking together the country’s emerging digital financial infrastructure.

“When we knew that it was a big addressable market is when we realized that all these fintech CEOs and CTOs were struggling with this use case,” she said.

Shortly after its launch, Okra attracted the attention of TLcom Capital in second quarter 2019, according to VC Andreata Muforo.

With offices in London, Lagos, and Nairobi, the group closed its $71 million Tide Africa fund this year. TLcom has focused primarily on Series A and later investments, including backing Kenyan agtech startup Twiga Foods and Nigerian trucking logistics company Kobo360.

In an interview last year, the fund’s managing partner Maurizio Caio explained that TLcom was steering more toward investments in infrastructure oriented tech companies and away from Africa’s more commoditized payments and lending startups.

The VC firm was attracted to Okra for its ability to serve the continent’s broader financial sector. “It’s a service that other fintechs can plug into and utilize, so it’s accelerating the growth of fintech across the continent…That to us was a big hook,” TLcom’s Andreata Muforo told TechCrunch on a call.

Founder Fara Ashiru Jituboh was also a factor in the fund making a $1 million pre-seed investment in Okra. “We found her to be very strong and also liked the fact that she’s a technical founder,” said Muforo. As part of the investment, she and TLcom Capital partner Ido Sum will join Okra’s board.

In addition to hiring fresh engineering talent, the startup aims to take its product offerings that connect bank accounts to apps to new African countries — though it would not disclose where or when.

“We’re looking at three target markets that our clients are already in,” said Ashiru Jituboh. Okra investor Andreata Muforo named Kenya — with one of the highest mobile money penetration rates in the world — as a likely candidate for the startup’s product services.