Y Combinator’s Demo Day was a bit different this time around.

As concerns grew over the spread of COVID-19, Y Combinator shifted the event format away from the two-day gathering in San Francisco we’ve gotten used to, instead opting to have its entire class debut to invited investors and media via YC’s Demo Day website.

In a bit of a surprise twist, YC also moved Demo Day forward one week citing accelerated pacing from investors. Alas, this meant switching up its plan for each company to have a recorded pitch on the Demo Day website; instead, each company pitched via slides, a few paragraphs outlining what they’re doing and the traction they’re seeing, and team bios. It’s unclear so far how this new format — in combination with the rapidly evolving investment climate — will impact this class.

As we do with each class, we’ve collected our notes on each company based on information gathered from their pitches, websites and, in some cases, our earlier coverage of them.

To make things a bit easier to read, we’ve split things up by category rather than have it be one huge wall of text. These are the healthcare, biotech, fintech and nonprofit companies. You can find the other categories (such as B2B, consumer and robotics) here.

See which companies the TechCrunch staff liked the most over on Extra Crunch.

Simple Strips: Aims to make glucose testing cheaper and more accessible by making strips that can be read by any smartphone camera, rather than requiring a dedicated glucose meter. The company says it expects to submit its strips for FDA approval in June.

nplex biosciences: A faster, cheaper way to do the protein panels required in the development of new medications. The company says it has over $4 million in letters-of-intent in the works, including one from a major pharma company.

Healthlane: An app meant to help users in Africa communicate with their doctors, make appointments and track lab results. The company says it has already reached profitability, with a retention rate of 98%.

Breathe Well-being: A 16-week program meant to help users in India with chronic conditions (such as diabetes) in their efforts to lose weight. The company offers a one-on-one diabetes coach who helps the user with tracking things like weight/meals/activity and trains them in cognitive behavioral therapy techniques meant to reduce stress. Currently seeing an $11.2K MRR. 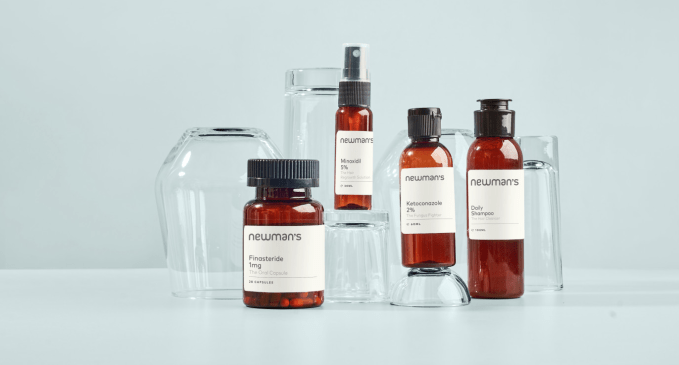 Newman’s: A digital health clinic for men in Indonesia. They’re focusing on problems that are often seen as either embarrassing (hair loss, erectile dysfunction) or are often abandoned (quitting smoking) by making doctor visits easier, cheaper and more private by way of remote consultation. Find our previous coverage of Newman’s here.

Loop Health: Loop Health says that most health insurance in India covers “only hospital stays, not doctor visits.” They’re looking to improve this by offering unlimited access to their designated Loop Health clinics, along with app-based telemedicine.

Volumetric: Volumetric makes 3D bioprinters that create vascularized human tissue. Founded by two PhDs, Volumetric sells its photoactive tissue to pharmaceutical companies and scientists. It’s using the proceeds to move toward building bioprinters and bioinks that can generate functional tissue and even organs. Find our previous coverage of Volumetric here.

Ophelia: Ophelia replaces rehab with telemedicine for America’s 3 million opioid addicts. It lets patients do teleconferenced doctor visits, get prescribed and delivered medications like Buprenorphine and Naloxone, and access therapy without the stigma. The founder started the company after a longtime girlfriend died from opioid addiction, and Ophelia has now treated 40 patients.

Lilia: Claiming that “in the future, women will freeze their eggs upon graduation,” Lilia is an egg-freezing concierge service. The startup charges $500 for concierge, and gets another $500 when somebody is placed in a clinic. Lilia says its total addressable market is $33 billion.

Tambua Health: Tambua Health uses an “acoustic” stethoscope and proprietary software to provide advanced imaging for lung imaging without the radiation of an x-ray.

Felix Biotechnology: Founded by the famous Yale University researcher Paul Turner, Felix Biotechnologies is developing treatments to address antibiotic-resistant strains of bacteria and fungi. These pathogens cause more than 2.8 million infections and 35,000 deaths in the United States alone each year, according to the company. On average, someone in the U.S. dies from an antibiotic-resistant infection every 15 minutes. Researchers have warned that more people will die from antibiotic resistance than from cancer by the year 2050.

Candid Health: Candid Health has developed automated billing software for the healthcare industry that follows up with insurance companies and automatically appeals denied claims. It takes a 5% cut of each payment.

Ochre Bio: Ochre says that most donated livers are discarded — despite there being a shortage — due to them containing too much fat for a successful transplant. They’re aiming to “rejuvenate livers outside the body” by finding ways to treat them prior to transplant.

Facio: Brazil has a banking problem. An oligarchy of five banks manage the Brazilian market, and they’re slow, have terrible customer service, high APR and don’t serve SMBs. Facio wants to keep workers from falling victim to predatory debt and instead gain financial freedom with a low-priced payroll loan to employees. It integrates with the employer, deducting loans right from their payroll.

delt.ai: Delt.ai is a digital bank that handles payments, invoicing and corporate cards for poorly served SMEs and freelancers in Mexico. The startup is targeting the $50 billion+ market of business deposits in Latin America. Think of Delt.ai is a Brex or a Mercury, but focused on Latin America.

Nexu: Like many other personal financing operations in Latin America, car financing is an expensive, low-tech, arduous process. Nexu, a financing platform for Latin American car dealerships, uses dynamic credit scoring to give car buyers an approval with a turnaround of a few seconds. The founding team met as Wharton MBA candidates.

Fondeadora: Fondeadora is joining Mexico’s saturated fintech scene, with its alternative neobanking debit card. The company offers a fully mobile digital savings account run within its app. Fondeadora says it has 65,000 users and $6.5 million monthly transactions. Albo, another Mexico-focused debit card, currently owns the market share with 200,000 monthly active customers who are spending and making transactions in its platform and $26 million in capital raised. But the banking problem in Mexico is big enough that multiple startups can thrive. Out of the 130 million population of Mexico, 45% are underbanked, meaning they lack deep financial products designed to help them compound wealth through lending and savings features.

Jenfi: Loans money to small businesses in Asia — typically about $10,000 to $100,000 — based on the business’ revenue. We wrote about Jenfi previously here.

yBANQ: A collections and reconciliation system for large B2B companies in India. The company says it has found 18 customers since launching in late January, reaching a GMV of around $18K.

ZeFi: A savings account that converts USD deposits to/from “stablecoin” cryptocurrencies behind the scenes, with ZeFi lending these funds out to borrowers to gain interest.

Grain: Grain hooks your existing debit card to a “responsible” amount of credit (currently capped at $500, and based on your income/cash low), hopefully helping those with minimal/bad credit build up their credit report over time. In the three months since launch, the company says it has signed up 1,000 customers, and expects to make around $80 per customer per year.

CrowdForce: Lets local merchants in Africa act as bank branches, serving as an intermediary on transactions when a bank is too far away. The company says it made $70K in net revenue last month, making an average of $20 per year per customer.

Stark Bank: A banking API to handle B2B transactions for tech companies in Brazil. A little over a year after launch, the company says it’s seeing $12 million in monthly gross volume.

Bamboo: An online brokerage for high-wealth individuals in Africa to buy securities from around the world. The company says it already has over 2,100 investors who have traded over $1.6 million on the platform since launching roughly five months ago, currently accounting for over $10,000 in monthly revenue.

Swipe: Pitching itself as “Brex for Africa,” Swipe gives African SMBs a credit card to help cover payroll and expenses. They onboard businesses by providing them with free expensing/billing tools, then offer credit accordingly. The company says it’s currently working with 30 companies, with $200K in credit deployed.

goDutch: A payments card for splitting costs amongst groups that often share bills, such as roommates. Focusing on India. Charges are put onto one card and deducted from each group member’s account automatically.

Paymobil: Uses stablecoin cryptocurrencies to transfer money across the globe through a Venmo-style app. The founder, Daniel Nordh, notes that he previously led consumer design at Coinbase.

Karat: Karat offers banking, loans and credit cards to influencers. By using data on their popularity to manage risk, Karat has achieved 40% APR on its loans with an average repayment time of 45 days. Thanks to its founders’ experience building influencer tools at Instagram and structuring debt at Goldman Sachs, it’s already signing up stars with over 10 million followers. 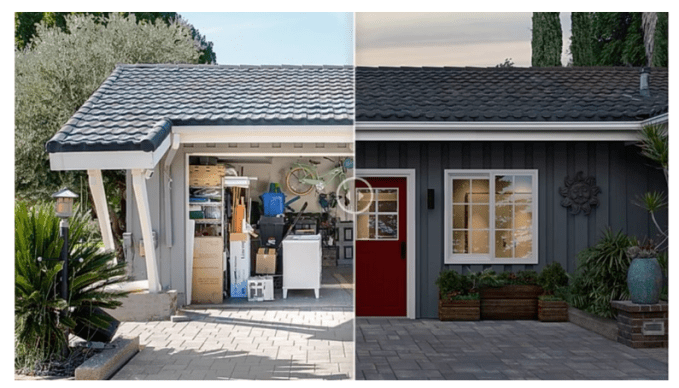 Homestead: Homestead helps home owners convert their garages into rental properties at no upfront cost. Homestead pays for all the construction, tenant search and management, and then splits the rent income with the home owner. A new California law allows the state’s 8 million garages to be rented out as living spaces, creating an enormous market opportunity. Homestead’s founders met at MIT’s graduate school of architecture and city planning, and the startup has already done $1 million in sales.

Benepass: Benepass offers a benefits card for startups and small businesses. Using the Benepass debit card, employees can pay for tax-advantaged benefits and wellness perks like flexible spending accounts, childcare, commuting, fitness and education while an app tracks their buying. Free for employers, Benepass has a 6% take rate but can save thousands on income and payroll taxes. With startups desperate to compete with tech giants for top talent, Benepass could ensure employees feel supported.

GAS POS: U.S. gas station owners are racing to upgrade outside pumps with EMV technology, a global standard for credit cards equipped with computer chips. GAS POS was founded to deliver a modern point-of-sale system that will help North America’s 180,000 gas stations comply with EMV and make transactions more secure. The company has several sources of revenue, a 3% fee on processed payments, SaaS free for equipment and an offer to customers to provide next-day funding.

YearEnd: YearEnd is building tax software for the paper rich, helping startup employees file their taxes while optimizing for their equity. The startup charges $330 per year for individual users and is hoping to sell to businesses that can add YearEnd as an employee benefit.

GIGI Benefits: India’s GIGI Benefits is looking to be the benefits provider for the nation’s gig economy workers. The business takes a page from companies like last year’s hottest Y Combinator startup, Catch, or the venture-backed Trupo, to provide things like health insurance and retirement investment accounts to gig economy workers.

Easyplan: Easyplan is the Qapital or Digit for India, allowing users to seamlessly save money for certain specific goals.

WorkPay: WorkPay describes itself as “Gusto for Africa” — next-gen payroll and related services targeting small and medium businesses in the region.

Spenny: Spenny is a savings tool for Indian consumers that lets customers start banking money away by rounding up their purchases.

Kosh: Kosh is an algorithmically enhanced savings and investment platform for India, allowing those with good credit to effectively vouch for friends with limited credit to help them borrow.

Potential: Potential is a nonprofit that wants to connect the formerly incarcerated to jobs and resources. The company works with detention centers and employment organizations to make a more friendly hiring environment.