As it has done in previous election years, Apple today has added special coverage of the 2020 US presidential election to its Apple News app. The coverage includes curated news, information, and data related to the election from ABC News, CBS News, CNN, FiveThirtyEight, Fox News, NBC News, ProPublica, Reuters, The Los Angeles Times, The New York Times, The Wall Street Journal, The Washington Post, TIME, USA Today and others.

The Apple News editorial team has also put together a series of curated guides, special features and other resources for readers from both sides of the political spectrum, Apple says. The app will be updated with election information throughout the year and will track major election moments, including the debates, Super Tuesday, Democratic and Republican conventions, election night, and the 2021 presidential inauguration in real-time.

Apple had announced in December it was working in close partnership with ABC News on 2020 presidential election coverage within the Apple News app, which it said would begin on Feb. 7, 2020, with a live stream of the Democratic primary debate. It also said it would feature ABC News videos, live streams, and FiveThirtyEight polling data, infographics, and analysis during key moments of the 2020 election. It wasn’t clear at the time if Apple was working exclusively with ABC for this year’s election coverage, but today’s announcement indicates it is not. 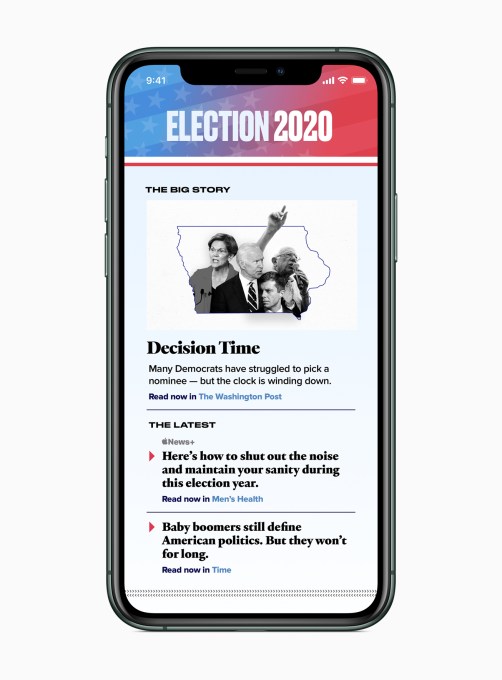 Apple confirms today that ABC’s coverage will begin on Feb. 7, as promised, with live-streaming video, starting with the debate, plus FiveThirtyEight’s analysis, and real-time updates from various outlets. The Feb. 7 debate will also be live-streamed through the Apple TV app, available for iPhone, iPad, iPod touch, Mac, Apple TV, Amazon Fire TV, Roku and select Samsung and LG smart TVs.

In the Apple News app starting today, users will be able to track real-time election results from the Associated Press for each state primary, giving county-by-county results, a national map tracking candidate wins by state, and a delegate tracker that shows candidates’ progress toward securing the nomination. 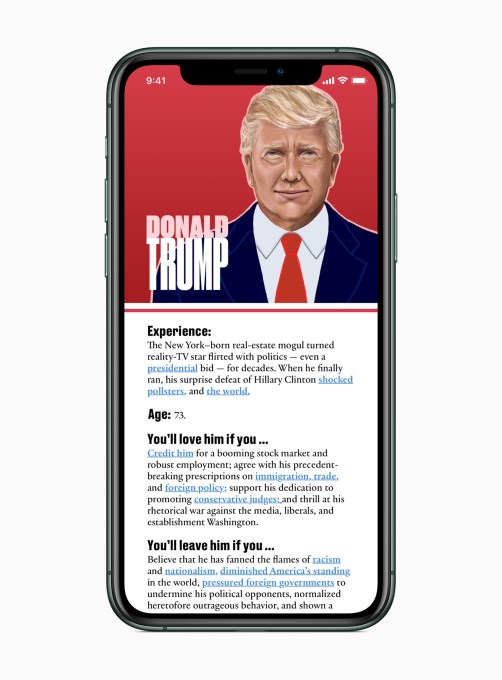 As before, Apple News offers a guide to each presidential candidate, which includes their biography, experience, notable moments and quotes, and their current position on key issues. These guides will also include photos, videos and links to recent media coverage.

In addition, the Apple News team has put together dedicated guides to important topics and issues, including foreign affairs, income inequality, trade, immigration, education, health care and others, as well as a news literacy guide that help readers identify misinformation online. This guide, developed in partnership with the News Literacy Project, will provide tips about how to seek out accurate and reliable information. 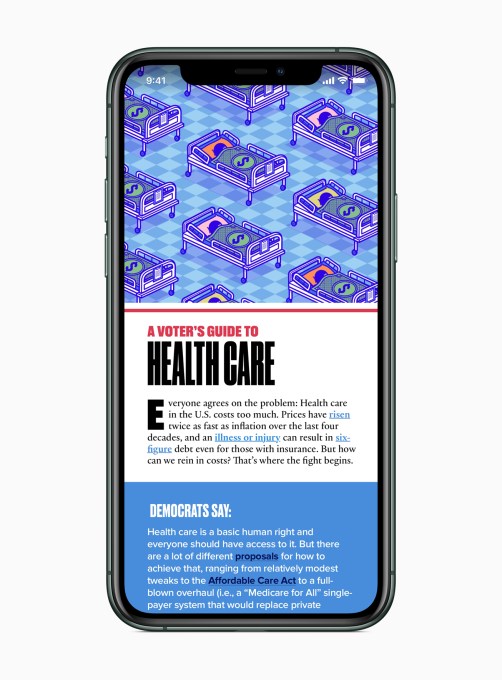 Apple has been developing guides to U.S. elections for several years now. The company began to push its own election coverage after the 2016 election controversies that saw large tech companies, including Google, Twitter and Facebook, facing congressional inquiries and investigations regarding Russian interference with elections that took place across their networks. Since then, Apple News rolled out its own guide to the U.S. midterms, followed by a real-time election results hub on November 6, 2018. It also added a guide to the 2020 Democratic candidates and debates.