A week after gaming platform Roblox announced its new milestone of 100 million monthly users — topping Minecraft — the company said at its fifth annual developer conference that its developer community is on track to earn $100 million in 2019. Roblox also introduced a new set of developer tools for building immersive, more realistic 3D experiences; detailed its plans to make its developer software fully cloud-based; unveiled a new Developer Marketplace where creators can set their development assets and tools to others; and more.

Over the past decade or so, Roblox has grown to become a $2.5 billion company, with roughly half of U.S. children ages 9 through 12 playing on its platform.

The company provides game-creation tools via Roblox Studio, which developers use to build their own games for people to play. Roblox doesn’t pay the developers for their work — rather, the developers generate revenue through virtual purchases, which players buy using the in-game currency Robux.

At its invite-only event, the Roblox Developers Conference, which was held Friday, August 9 through Sunday, August 11, the company announced new tools aimed at enabling small developer teams to work together to build more massive games that can support hundreds of players.

The new toolset will offer developers access to an enhanced lighting system, updated terrain and other visual upgrades, including support for building competitive matchmaking games that will match players of similar skill levels, the company said.

Roblox had earlier discussed its plans for these sorts of visual improvements, which VP of Product Enrico D’Angelo said were prioritized in order to up the quality of the games.

The company said at RDC it’s also on track to bring its creation tools, Roblox Studio, to the cloud by year-end. This will allow developers to collaborate in real time, access their development files online and work across computing platforms to do things like manage permissions, versions and rollbacks.

In addition to monetizing their games, developers also will be able to monetize their development assets and tools through a new Developer Marketplace, where they can sell their plug-ins, vehicles, 3D models, terrain enhancements and other items. 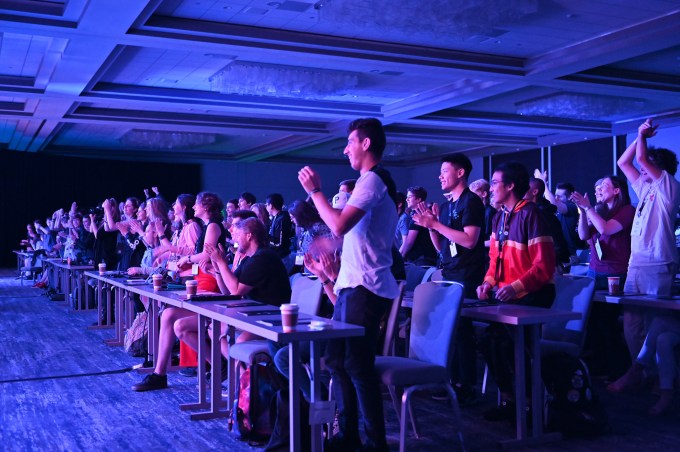 “The Roblox creator community thinks of things we could never imagine, and their continued growth is our future,” said David Baszucki, founder and CEO, Roblox, in a statement about the new tools. “With top Roblox experiences achieving more than 100,000 concurrent users and 1 billion plays, there’s no denying the power of user-generated content. We are committed to supporting our creator community with the tools and resources they need to realize even greater success,” he added.

The company also made note of its improved localization support for Brazilian Portuguese, English, French, German, Japanese, Korean, Simplified and Traditional Chinese and Spanish, and discussed its recent Microsoft partnership in more detail.

Alongside Roblox’s user growth, its creator community has been expanding, as well.

Today, there are more than 2 million Roblox game creators worldwide, ranging from indie developers to studios with teams of 10 or 20 people. Over 500 developers attended the three-day event in San Francisco and the private RDC 2019 viewing party in London.

“We have this vision that there’s a new category emerging that’s bigger than gaming,” the CEO continued. “It’s the category that allows people around the world to connect, to not just play together, but to work together, to learn together and to create together.”