Facebook revealed that it’s working with UCSF to research a brain-computer interface as a way to control future augmented reality interfaces. The company says the approach would involve “a non-invasive wearable device that lets people type just by imagining what they want to say.”

The company acknowledged that there are some thorny privacy issues here: “Neuroethical design is one of our program’s key pillars — we want to be transparent about what we’re working on so that people can tell us their concerns about this technology.”

Across categories, iPhone revenue had the biggest year-over-year dip, going from $29.5 billion in last year’s Q3 to just $26 billion this most recent quarter.

Samsung’s latest tablet is going after the same slice of creatives targeted by the iPad Pro and various Surface devices. Its most appealing feature may be the addition of the latest Qualcomm Snapdragon processor. 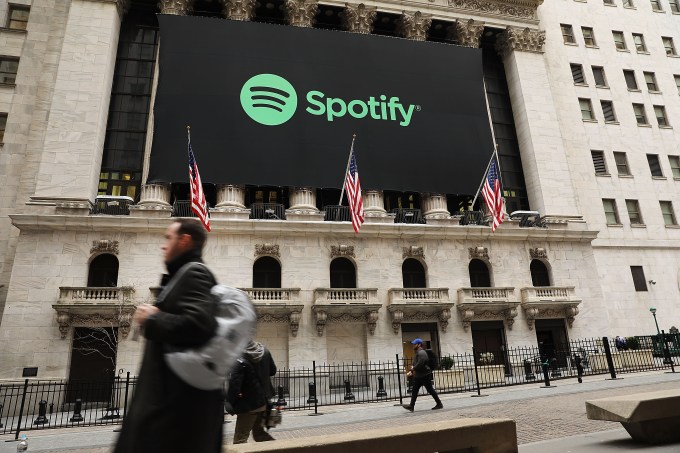 NEW YORK, NY – APRIL 03: The Spotify banner hangs from the New York Stock Exchange (NYSE) on the morning that the music streaming service begins trading shares at the NYSE on April 3, 2018 in New York City. (Photo by Spencer Platt/Getty Images)

“We missed on subs… That’s on us,” the company said.

Facetune, a photo-editing app that empowers users to cover their gray hairs, refine their jaw lines and reshape their noses, was first introduced around six years ago. Its parent company Lightricks is based in Jerusalem and has 260 employees supporting six products across three divisions.

Even though the film looks like a live-action remake of “The Lion King,” every shot (except for the first) was created on a computer.

7. The dreaded 10x, or, how to handle exceptional employees

The very concept of a 10x engineer seems so… five years ago. (Extra Crunch membership required.)

8. Bindu Reddy, co-founder and CEO at RealityEngines, is coming to TechCrunch Sessions: Enterprise

RealityEngines is creating research-driven cloud services that can reduce some of the inherent complexity of working with AI tools.