Once again, the rumors proved to be true, with Samsung going straight from the S4 to S6 for its premium tier. Vaguely confusing naming conventions aside (there’s also the lower-cost S5E), the company’s got another solid entry on its hands, going after the same slice of creatives targeted by the iPad Pro and various Surface devices.

The company buried the lede a bit here. The top-level feature is almost certainly the addition of the latest Qualcomm Snapdragon processor. The 855 marks a nice bump the S4’s 835 (and even more so the S5E’s 670) — good news as the company is no doubt hoping the product will do double duty, inhabiting that increasingly blurry space between tablet and laptop. The 7,040 mAh battery, meanwhile, promises up to 15 hours of life on a charge. 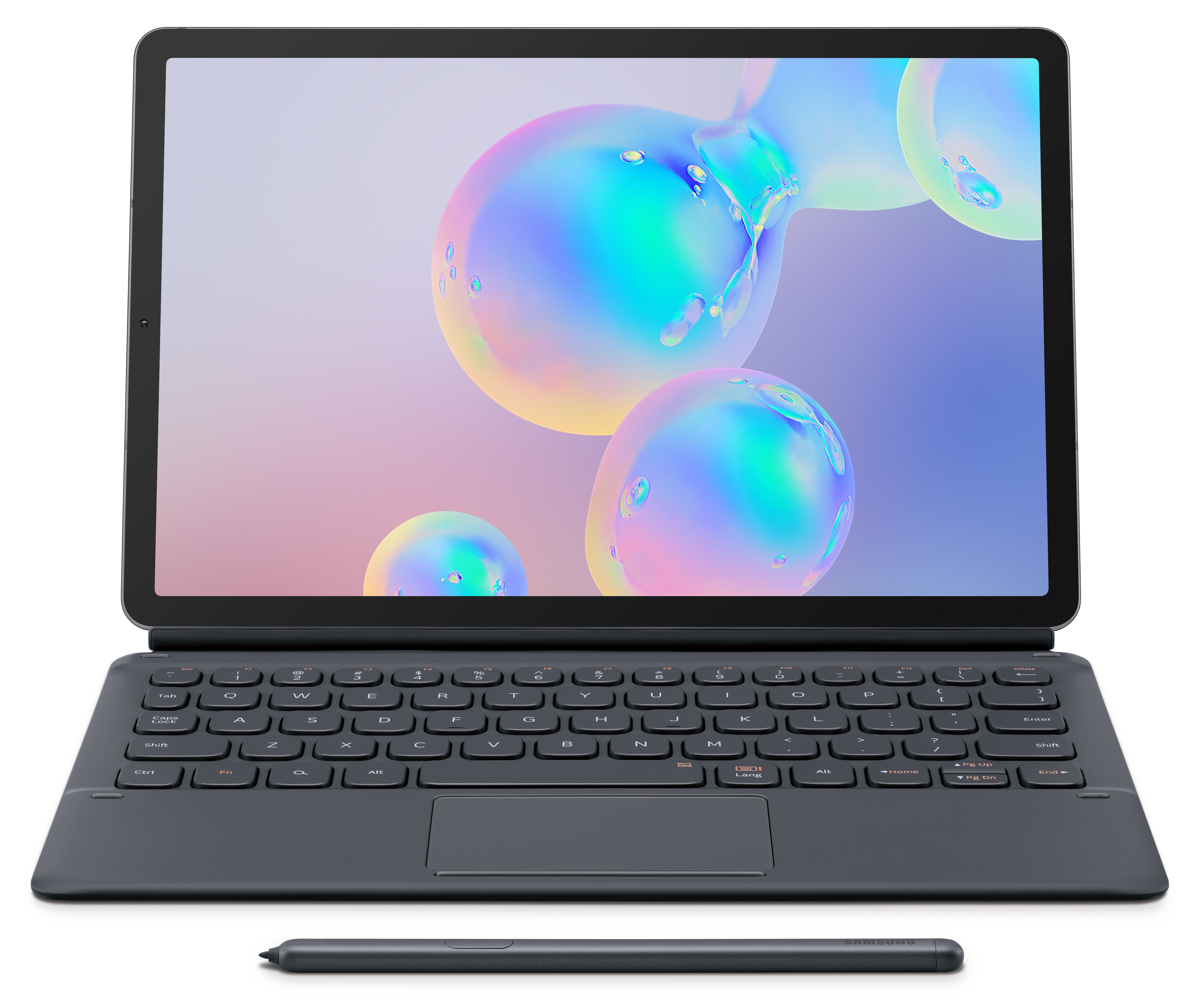 The S Pen comes standard — a nice touch, especially for the $649 price point. Mind you, that’s already a few hundred bucks cheaper than the entry-level iPad Pro. The stylus charges wireless, attaching magnetically to the rear of the device, so you’re less likely to misplace it. And, more importantly, you won’t accidentally break the whole thing by sticking it in backwards — truly the most humiliating of defeats.

The magnetic connection is pretty weak, compared to the iPad Pro’s sides — though the new case has a clever concave slot for the S Pen, helping it stay in place. I also didn’t love the feel of the S4’s keyboard, so I’m happy to see what’s new there.

The S Pen does your standard array of stylus things, and as with the Note line, Samsung is working to make it more of a kitchen sink productivity accessory. That includes the ability to use it as a kind of Bluetooth remote for advancing slide presentations and snapping videos and taking selfies. According to Samsung, people taking photos with tablets is very much a thing, and you might as well get used to it.

In fact, the rear camera actually gets an overhaul here. Samsung’s gone dual camera with a wide lens — noting that the S6 is its first tablet to offer that functionality. The wide angle lens offers a 123-degree angle — roughly the equivalent of what the human eye offers. As with other mobile devices from the company, AI is doing a lot of the heavy lifting to ensure you get better shots, offering scene optimization with the built-in Neural Processing Unit.

One thing the S6 offers that the iPad Pro (and for that matter, the iPhone) doesn’t is an on-screen fingerprint reader. It’s an optical scanner, however, instead of the ultrasonic offered on the Galaxy S10 (and, one assumes, the forthcoming Note 10). Samsung says the less advanced scanner was a matter of space issues — an odd concern, given the much larger real estate we’re dealing with here. 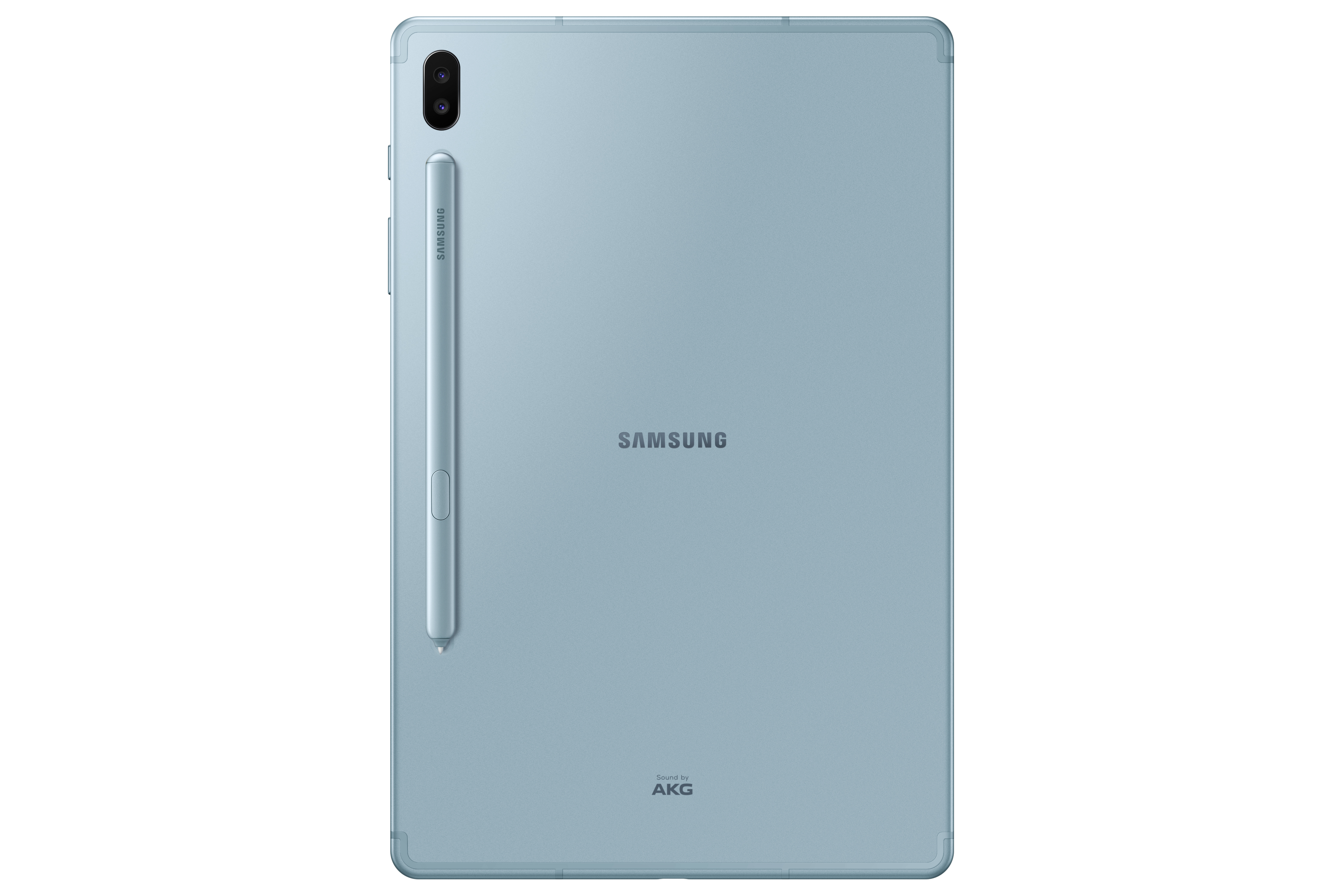 Speaking of real estate, that’s a 10.5-inch Super AMOLED display and a fairly slim 5.7-millimeter body — thinner and lighter than the S4. The multimedia offering is filled out with a quartet of Dolby Atmos speakers tuned by Samsung’s own AKG.

Samsung continues to push DeX as a key part of its workflow. In fact, there’s now a DeX function key right on the case’s keyboard. DeX offers a more desktop-like software experience on the table for improved multitasking. Now you can do stuff like opening multiple windows from the same app — bringing it more in line with what Apple is trying to do with iPadOS.

The company’s also partnered with Discord for an exclusive desktop Game Launcher — no doubt in a bid to offer something in line with Apple’s forthcoming Arcade. The Discord deal is coming to Samsung tablets next month.

Pre-orders on the Wi-Fi unit start August 23, starting at $649 for a unit with 6GB of RAM and 128GB of storage. Another $80 will get you a version with 8GB of RAM and double the storage. Early pre-orders will get the keyboard cover for half off when bundled with the tablet. There’s also an LTE model coming later this year.