Facetune, a photo-editing app that empowers users to cover their gray hairs, refine their jaw lines and reshape their noses, was first introduced around six years ago, and it quickly climbed to the top of the download charts, becoming Apple’s most popular paid app of 2017. Despite stiff competition, it has remained highly popular, too.

The investment firms — two of which led a $60 million round in the company less than a year ago —  are getting much more than Facetune in the deal.

Lightricks, based in Jerusalem, has 260 employees supporting six products across three divisions, including Facetune; Enlight, a line of mobile photography and editing tools that aims to make photo editing more accessible to amateurs; and the startup’s newest, enterprise-focused brand, Swish, a marketing video editor that helps companies tell their story with video ads.

More subscription-based content-creation apps are on the way, says Farbman, who hints that one may be coming shortly.

Other developments might take a while, he adds, explaining that Lightricks, originally founded by five PhD students, is “constantly working on things that will be out two or three years down the line.”

If it has been mostly smooth sailing for the company, there have been headwinds from time to time.

Facetune has been accused of taking photo brushing too far, for example, with celebrity model Chrissy Teigen tweeting about the app last year, “I don’t know what real skin looks like anymore . . . everyone looks like an oil painting.” (As part of pushback against aggressive filtering, women began sending Teigen makeup-free selfies.)

Asked what he thought of the body image debate the app had prompted, Farbman says the company sees itself as “democratizing retouching, and [educating users about] how powerful image processing” can be.

“If you go back 10 years,” he notes, before mobile image processing software was available to everyone, “people didn’t understand that the people they were seeing on magazine covers had undergone the Photoshopping process.”

Facetune users have also long grumbled about the second release of the app, not realizing that when they update it, they lose some of the features that were previously available to them. (You have to subscribe in order to continue using them.) 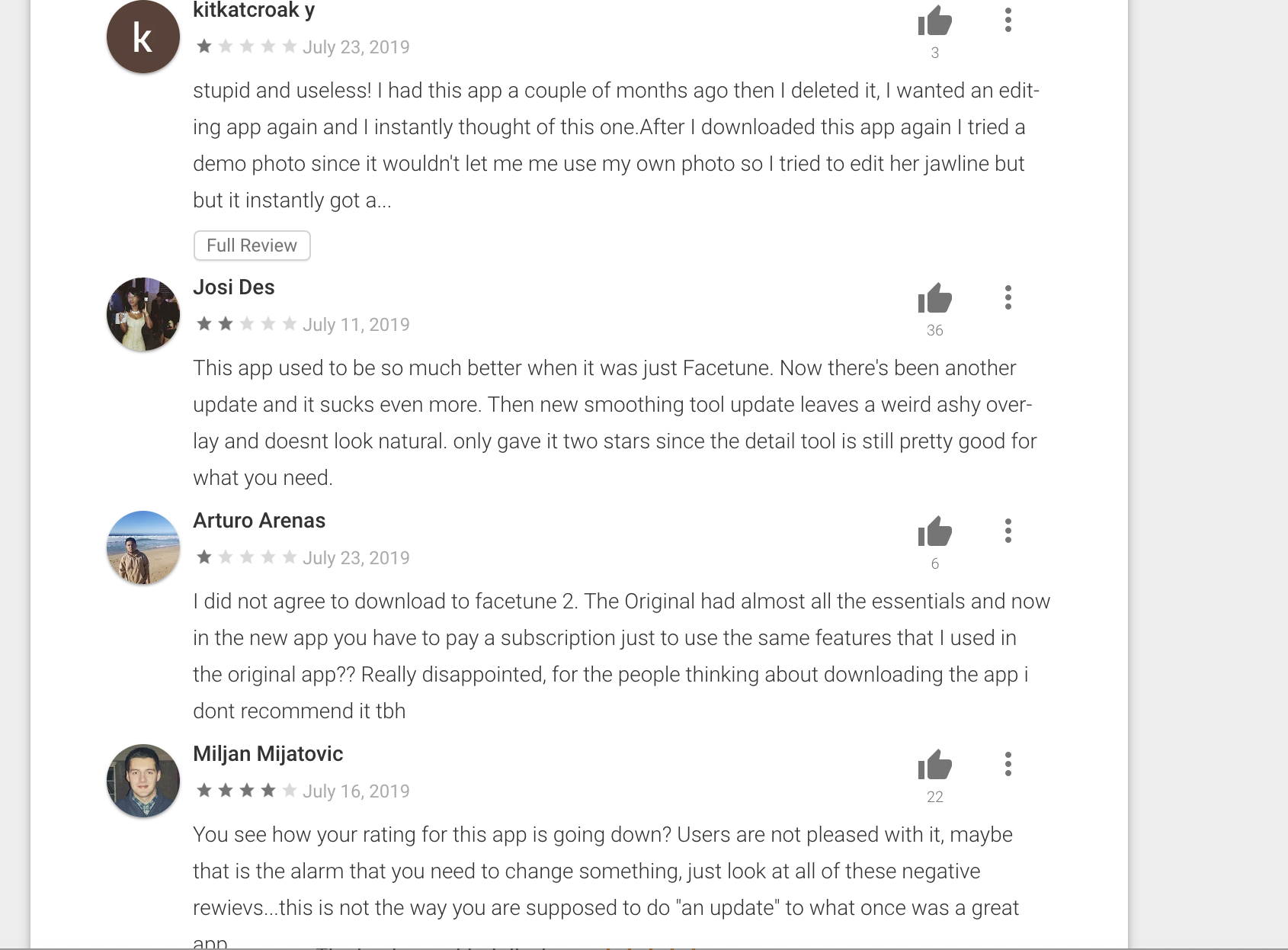 Clearly, Lightricks and its backers — and three million subscribers — think the company’s products are worth the monthly expense, which ranges depending on the features a user wants to unlock.

Lightrick’s team is the reason, says Farbman, who himself previously spent most of his time in academia, studying computer graphics, computer vision and computational photography.

After the photo-editing app Snapseed made its debut and was quickly scooped up by Google, he and four PhD friends “realized that nobody is becoming a great platform for content creation.”

They quickly got to work developing their first product — Facetune — and by 2015, the bootstrapped company, which had also by then introduced Enlight, was seeing $10 million in annual revenue.

Still, we “thought we could do better,” says Farbman. Toward that end, Lightricks raised money, and “started to grow way faster as a company,” he recalls.

It also began rolling out its subscription offerings, and despite continued complaints from some corners (Facetune 2 was released three years ago), Farbman says more people are signing up — and agreeing to pay more — than he initially imagined would be the case.

It makes sense to him now, he suggests. “Our founding team includes PhDs who were at the top of their fields, which allowed us to attract a strong team at the beginning. And once you’re hiring the best people, you’re probably going to build the best software. And if you’re building the best software, you can charge premium prices for that.”

Lightricks’s latest financing brings its total funding to $205 million to date. The new funding will be used to create more tools, says Farbman. He adds that his team also plans to begin acquiring companies strategically.